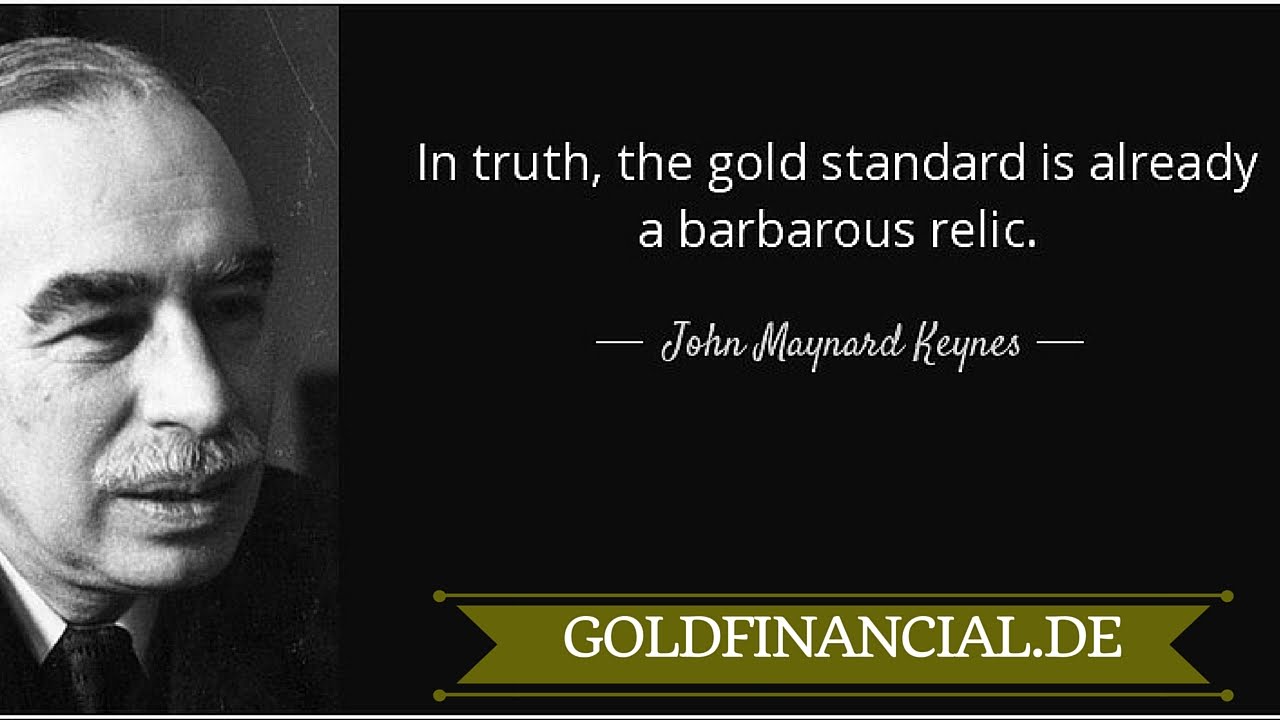 Eureka! Today we find a rare opportunity to confront the misled acolytes of John Maynard Keynes, who, sometimes unknowingly, attempt to advance the cause of global mercantilism by denigrating the principles of classical economics. President Donald Trump recently nominated Dr. Judy Shelton to become a governor on the board of the Federal Reserve – a selection previously recommended here – but she is vehemently opposed by those who control the U. S. outpost of mercantilism known as the Federal Reserve System.

Shelton is opposed by the mercantilists because she is an exponent of sound money, meaning currency which maintains stable value over time. She maintains that stable value in currency is best achieved by using a “gold standard” methodology to manage the currency system. For this offense, Shelton has already been called “macro-economically illiterate” by a University of Chicago defender of the mercantilist Fed. Let’s examine whether economic illiteracy best describes classical economic theory or Keynesianism.

Keynesian economic theory pretends to aim for benefits to common people of the middle class, but uses the same assumptions and economic constructs previously espoused by globalist kingmakers to achieve mercantilist objectives. This assessment is essentially the same as was made by Eli F. Heckscher within a dozen years after Keynes published The General Theory of Employment, Interest and Money in 1936. Heckscher was the Swedish author of a two-volume treatise published in 1931 (translated into English in 1935), which has been regarded in academia as the international authority on mercantilism since that time.

Keynesian economists on the Fed’s board of governors and on its staff enable the Fed to operate as a black box. The Fed does as it wishes, discloses only what it chooses, and explains only as necessary to appease political constituents. Each of the 12 Federal Reserve Banks in the Fed apparatus is a private corporation whose shares of stock are owned by the privately owned banks and by financial interests which own the banks in the twelve designated regions of the U. S.

The Federal Reserve Bank of New York dwarfs all other regional Fed banks, both in size and influence, conducting all “open market operations” for the Fed system. These open market operations greatly influence financial conditions in the U. S. and globally, and are routinely rubber-stamped by the Federal Open Market Committee (FOMC) without public disclosure of their details.

All banking activities of the Fed are conducted by privately owned banking corporations, organized under corporate charters authorized by federal statutes – much as each state authorizes private corporations to be formed under state laws. In some instances, the Fed calls itself “the central bank of the United States,” without details of private ownership.

However, the Fed describes the Federal Reserve System as comprised of the seven-member Board of Governors (“a central, independent government agency”) plus the 12 Regional Banks, each of which is privately owned and operated. Importantly, all monetary policy-making authority rests with the FOMC, which is comprised of the seven governors, plus the president of the New York Fed (who always serves as FOMC Vice Chairman), plus four presidents chosen from among the eleven other Fed regional banks.

With these details on the table, the tremendous leverage over U. S. financial and monetary policies wielded by the big Wall Street banks – J. P. Morgan Chase, Goldman Sachs, Morgan Stanley, Citibank – becomes more readily apparent. These and other banking firms called “Too Big To Fail” (and furnished billions of dollars) during the 2008 financial crisis own and control the New York Fed. Anyone who has dealt with these firms (or with their lawyers) knows they are neither guided nor motivated in their business actions by objectives of public service or social responsibility.

Those who understand the 2002 federal criminal indictment of Arthur Anderson, the most respected independent accounting firm in America at the time, for an alleged crime not created by any federal statute know also that J. P. Morgan Chase and Morgan Stanley were more deeply involved in Enron’s activities than was Arthur Anderson. Yet both Chase and MS were dealt with discreetly by imposing civil fines. Later, Goldman Sachs and MS stepped into the business void vacated by the destroyed Enron. These events illustrate both the motives and the power of the TBTF Wall Street banks and their owners. They own control of the Federal Reserve Bank of New York and effectively control the FOMC.

In this context, let’s focus now on FOMC monetary policy making since the Fed was “reformed” in 1935. Its first acts in August, 1936, and in January, 1937, were to increase the mandated amounts of bank reserves by 50% and then by an additional 33% – thereby cutting lending capacity of banks in half. These callous actions by the FOMC caused many loans on farms, small businesses and homes to be foreclosed, even if performing, and many small bank failures when the banks were not otherwise seriously troubled.

Also during 1936-1937, the Fed chairman Marriner Eccles cooperated with President Franklin Roosevelt’s demand that $7 billion in gold inflows to the U. S. Treasury from Europe should not be monetized as required by the gold standard rules previously in effect. At the time, Eccles was fully aware: (1) that FDR’s government was purchasing thousands of metric tons of gold with dollars taken from the U. S. economy as federal taxes or by selling Treasury bonds, and (2) that none of this purchased gold was permitted to be monetized.

These actions and others by the FOMC and by FDR produced severe deflation and the “Roosevelt Depression” during FDR’s second term as U. S. president, causing death by starvation of millions of Americans. Yet neither the Fed, nor the FOMC, nor the Treasury Department acted even to announce the concern, much less to alleviate or to end the directly deflationary actions.

Such tragic, inhumane outcomes were not produced by gold standard rules of monetary policy, but rather by extreme violation and abuse of gold standard rules. The international gold standard monetary system was effectively destroyed by Roosevelt’s intentional, deliberate actions. Other nations which sold gold in order to feed their citizens during the Great Depression could not return to the gold standard in later years due to their lack of gold.

Americans’ right to exchange paper currency for gold at a guaranteed price were taken from them by presidential edict within the first month FDR was president in 1933. This action destroyed an essential mechanism of true gold standard money at that time. Then, after January 31, 1934, other central banks of the world were guaranteed the right to exchange dollars for gold at the price of $35/oz, but the previously held rights of Americans were not returned to them.