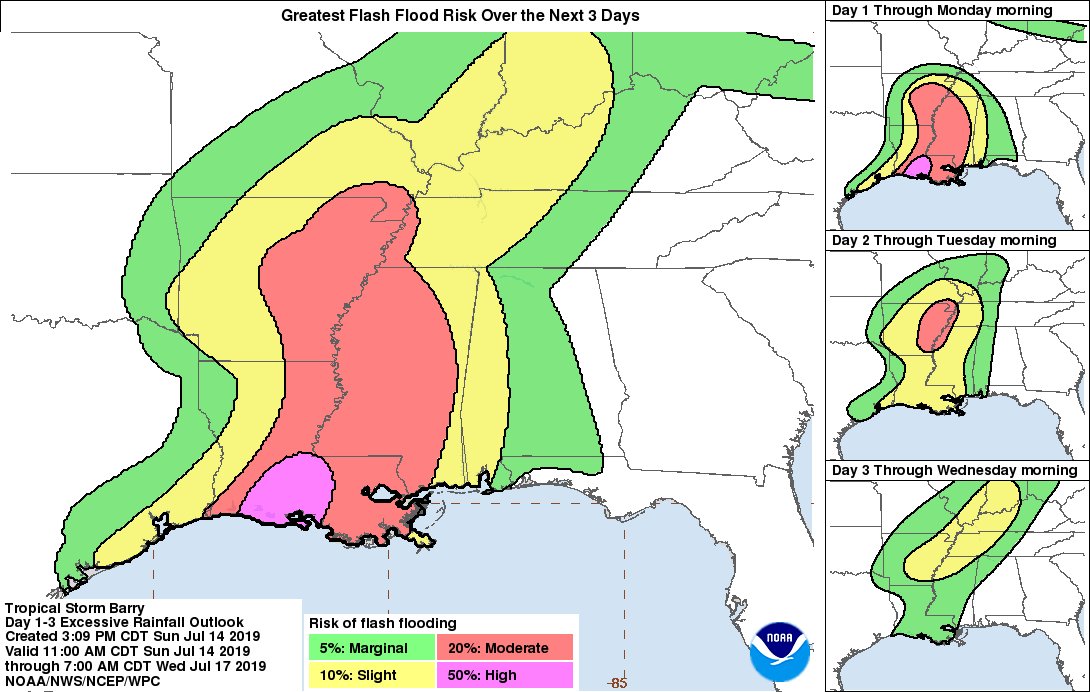 The middle of the country has been relentlessly hammered by endless rain and unprecedented flooding for months, and now it is about to be absolutely pummeled by Tropical Storm Barry.  Needless to say, this is going to cause even more headaches for Midwestern farmers.  At this point, millions of acres of prime farmland are not going to be planted at all this year, and there are tens of millions of other acres where crops are really, really struggling.  Those farms desperately need some warm, sunny weather for a while, but instead they are about to get hit by another enormous storm.  In the end, this could potentially turn out to be the worst growing season in modern history, and it comes at a time when crops are literally failing all over the planet.  Sadly, we really struggle to feed everyone on the globe even during the best years, and so what will things look like if worldwide harvests are catastrophic during the second half of 2019?

I want to make it clear that we have not reached a full-blown crisis yet, but what we are seeing are some very early signs of trouble which could greatly escalate in the months ahead.

For example, it is being reported that we are now facing a “shortage of avocados”…

A shortage of avocados has sent prices soaring.

Wholesale prices of avocados are more than double what they were just a year ago.

Most of the extra cost is being passed onto consumers, with retail prices almost doubling.

That is certainly not the end of the world, because we can definitely survive without avocados.

But corn is another matter altogether.  All over the middle portion of the United States, corn fields look absolutely disastrous right now.  For example, just check out this photo which a reader took of a corn field in Illinois on July 6th.  The corn should be at least waist high by now, but instead it is barely out of the ground and most of that field appears to be covered by water. 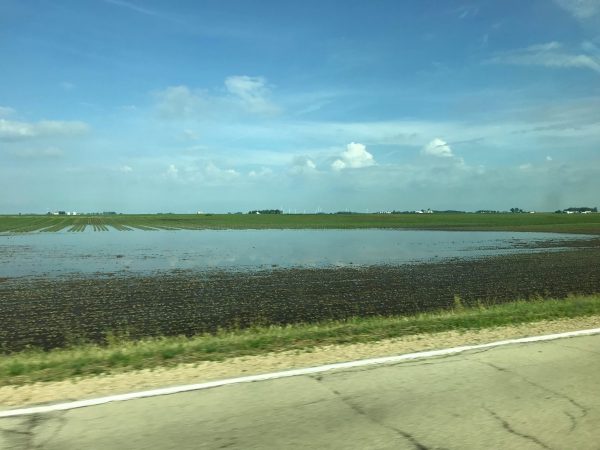 It is still very early, and we shall see how the rest of the growing season plays out, but some analysts are already starting to use the word “shortage” in connection with this crisis…

“U.S. corn will be in short supply, but emotions, fears, and hoarding could push it to shortage,” says Ned Schmidt, editor of the Agri-Food Value View Report. The “reality of the situation will develop over time, pushing December 2019 corn to $5.05” a bushel by year end.

Of course many of my readers were greatly concerned about the recent nationwide “tortilla shortage” at Taco Bell, but for the moment that shortage appears to have been resolved…

Taco Bell confirmed to Fox News that they’ve resolved the issues with their suppliers and that the affected restaurants should be able to offer customers the entire menu. This includes all burritos and quesadillas.

A spokesperson for Taco Bell told Fox News, “We appreciate our burrito-loving customers’ patience. We have worked closely with our suppliers to resolve any shortages, and most, if not all, of our impacted restaurants should be offering our full menu so fans can now enjoy their Taco Bell favorites from the classic Bean Burrito to the new Steak Reaper Ranch Fries burrito.”

Far more alarming is the photo of a “product shortage” at Wal-Mart which has been floating around social media.

I do not know who originally took this photo, and I am unable to confirm if this same notice has been posted at locations around the country, but it is definitely alarming… 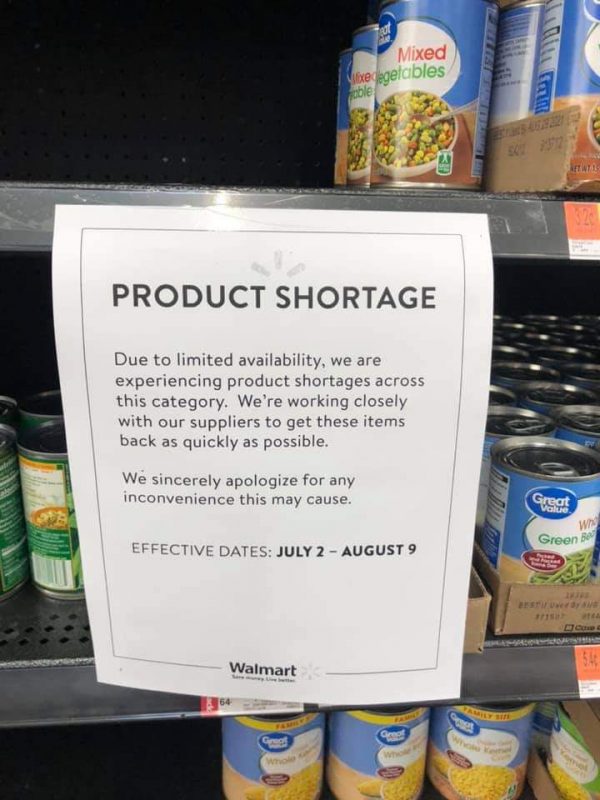 This is just another reminder of how dependent we are on America’s farmers.

If they do not grow our food, we do not eat.

And now Tropical Storm Barry is going to dump enormous amounts of rain on farms throughout the middle portion of the country all the way through Wednesday.

It is being reported that approximately 11 million people are currently under flash flood warnings right now, and this storm is moving very, very slowly…