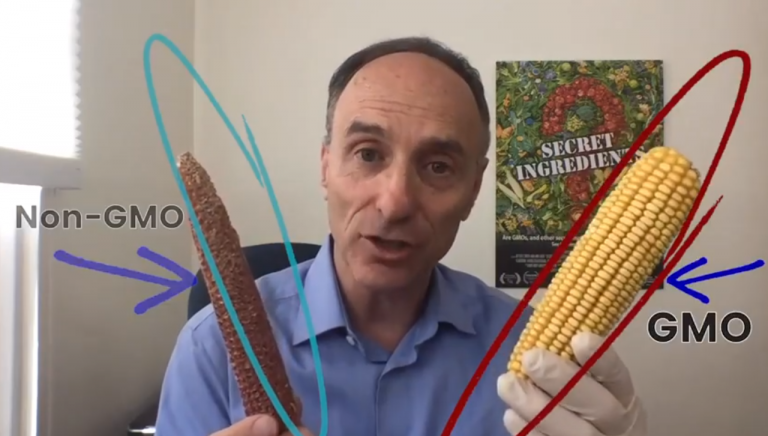 The genetically engineered food experiment began in the mid-1990s and continues unabated to this day, with Bayer recently taking over Monsanto and pumping billions of dollars into its new American GMO division.

But while the GMO food experiment has been highly profitable for the lab technicians who created it, as well as the toxic, synthetic pesticide industry, the question of what it’s doing to our bodies, specifically our internal organs, remains etched in the minds of independent researchers who have studied the crops extensively (GMOs do not undergo safety testing past 90 days and many studies are funded by the industry).

While critics continue to point out the dozens and dozens of studies showing GMOs and Roundup are capable of causing extensive harm, others are busy conducting experiments of their own to show how obvious the problem really is, according to the some members of the animal kingdom at least.

Recently the Institute for Responsible Technology, a research organization dedicated to educating on the oft-overlooked dangers of genetically engineered crops, posted the results of a farmer’s experiment on their Facebook page.

The farmer, a friend of IRT founder and best-selling author Jeffrey M. Smith, left two bags of corn, one GMO and one non-GMO, in a work room.

The mice broke into both bags, but quickly stopped eating after taking a few bites of the GMO corn.

“They just took a nibble from one of the kernels of this and never came back to eat it,” Smith said. “They devoured the non-GMO corn.”

According to Smith, many different animals including squirrels, geese, elk, deer, raccoons, mice, rats, buffalo and chickens have all been observed avoiding GMO corn in the past.

It’s a trend that Bayer, Monsanto and the GMO industry have done their best to avoid discussing, but many farmers, including Iowa pig farmer Jerry Rosman, have noticed that animals forced to eat GMO corn and soy have suffered abnormalities, including serious reproductive issues.

“What is it about this corn that would make them not want to eat it?” Smith asks in a video posted to the IRT’s Facebook page.

“Well if it’s genetically engineered as most corn is, it produces an insecticide called Bt toxin which can poke holes in an insects guts to kill them,” he continued. “And it was found to cause damage in mice and rats and also human cells.”

Aside from the Bt toxin, which is incorporated into the the cells of GMO plants, genetically engineered corn, which makes up over 90% of the U.S. supply despite it being banned around the world, is sprayed with cancer-causing Roundup.

According to Smith, the corn may have even more potentially harmful substances as well, including formaldehyde, Gamma-Zein, a novel allergen found in GMO corn and not others, and even potentially cadaverine, a substance linked to the rotting smell of dead bodies, Smith said.

While the experiment by Smith’s farmer friend was far from controlled clinical research, it does serve as a potential red flag as to the importance of being connected to the sources of our food, and using our instincts to buy what’s truly healthy for ourselves and our families.

“So we can get humans up to the level of animals, so that if we don’t have the sixth sense, let’s find out what’s wrong with this corn, why we shouldn’t eat it,” Smith said.