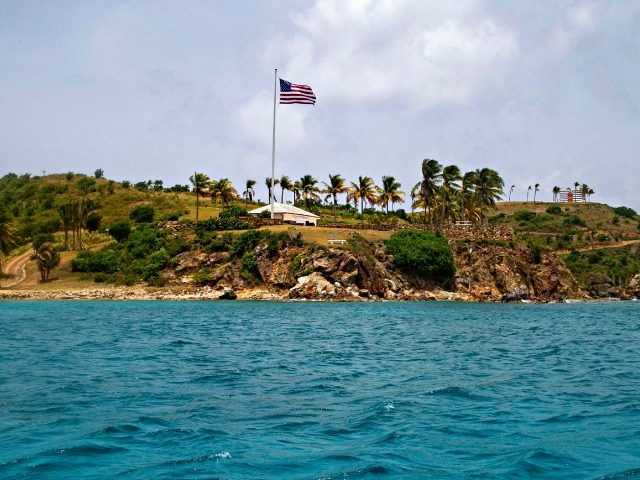 U.S. Virgin Islands Sen. Oakland Benta, a St. Croix Democrat who previously served as the island’s chief of police, is speaking out in an exclusive interview with Breitbart News about billionaire Democrat donor Jeffrey Epstein and demanding wide-ranging investigations in the territory into Epstein’s and others’ alleged “widespread corruption.”

“There is widespread corruption within the territory that needs to be addressed and looked at with fresh eyes,” Benta said in an exclusive interview with Breitbart News on Thursday.

In the wake of fresh charges in New York City brought against Epstein, Benta says the authorities in the U.S. Virgin Islands both locally and federally need to probe into more potential crimes that may have been committed. A career law enforcement official who was chief of police in St. Croix for many years before his election to the territory’s legislature, Benta is concerned there may have been both federal and local crimes committed with regard to trafficking minors for the purposes of illicit sex acts.

“Being an investigator as well, and understanding the dynamics, the police department now needs to work with its federal partners very closely because we have interstate trafficking across state lines of minors,” Benta told Breitbart News. “If you move across state lines, that is a trafficking offense. At the end of the day, there are so many souls that have been placed in these positions that don’t have the wherewithal or the assistance and they’re saying ‘please help.’ Now we can actually encourage them to come forward because they know that justice will be served once it is brought to the correct ears here in the territory. Now, there is a belief and a trust that services will be rendered and justice will be served based on who they speak to within the territory.”

Benta contends that Epstein, whose infamous private island in the U.S. Virgin Islandsserved as a home base for alleged illicit activities, ran a massive influence operation to get powerful politicians, nonprofit organizations, law enforcement, and government agencies charged with stopping such corruption and criminal activity from focusing on him.

“He [Epstein] has people on his payroll,” Benta alleges. “He has campaign contributions. He has donated to a lot of agencies and nonprofits. Maybe part of the reason why they’re not vocal is a lot of the nonprofit organizations have been recipients of contributions from Jeffrey Epstein and a lot of surrounding programs with children.”

One person of note on Epstein’s payroll is the wife of now former U.S. Virgin Islands Gov. John de Jongh’s wife, who as this reporter revealed in 2012 was working for Epstein while her husband was governor and himself facing a bribery scandal. According to a Bloomberg News report this week, Cecile de Jongh still works for Epstein per his company’s published records.

Benta is demanding the local government of the U.S. Virgin Islands step up and root out the public corruption.

“Yesterday, I made a point of privilege and launched a skirting address to my colleagues that we need to engage in this process of dire concern within our territories because at the end of the day it falls on our shoulders whether we will continue to work under the auspices of a corrupt enterprise which is identified as a white collar crime destination—which under the U.S. jurisdiction we are identified as such—and these sort of behaviors, we are not by ourselves because we have a lot of agencies that are funded federally that are supposed to safeguard this territory from these types of behaviors and crimes against persons most of all our children,” Benta told Breitbart News on Thursday.

“I’m the only one—the only elected official in the territory, the only government official in the territory, who has said anything about this issue from the time it has begun until now,” he added. “It’s everywhere. It needs to be the responsibility of all of us—every single person in the government—we now need to hold every single person within the respected agencies accountable for doing what they are supposed to and if not address it appropriately if they are not doing what they are supposed to. If you know something, say something. Or if you should have known something, that also is a caveat for us to apply justice when it comes to corruption in the other direction.”

Benta also had strong words for the potential criminals lurking in public positions throughout the U.S. Virgin Islands.

Benta’s interview with Breitbart News came just hours before now former Secretary of Labor Alex Acosta resigned over criticism he was not tough enough on Epstein in a 2008 plea deal. Acosta resigned on Friday. Benta mentioned Acosta’s role in the matter, suggesting authorities locally in the U.S. Virgin Islands have been using “kid gloves” when combating corruption in the territory.

“The gloves are off,” he said. “I say that because we love boxing. I for sure have called this to the attention of all my colleagues. Combating this vexing issue, as disturbing as it is, is important to protect our children who we created in order to protect our future.”