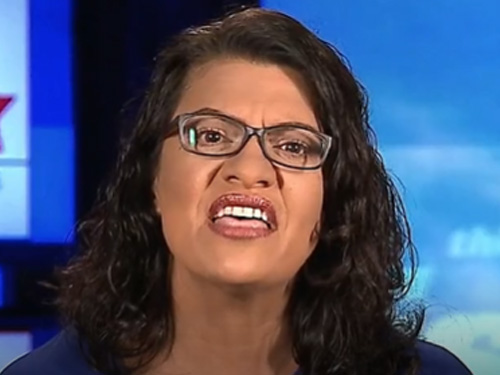 Sunday on ABC’s “This Week,” Rep. Rashida Tlaib (D-MI) said the border detention centers were “absolutely” like concentration camps because of the “trauma” they are causing migrants.

RADDATZ: Alexandria Ocasio-Cortez who was at the border with you, compared the facilities to concentration camps. Do you agree?

TLAIB: Absolutely. It’s traumatic. I mean, I don’t know how to explain to people what we saw. When we’re explaining to us and looking back at us, that can’t be true. We’re all there. You have Congressman Castro, all of us were there. We saw what we saw. Some of them haven’t seen their children since being there. What you need to know, the mere touch the mere, even me holding the hand, broke them down in tears. They’re under a lot of trauma. They’re in a facility that is dehumanizing. This is choice by the current administration. They’re choosing not allowing asylum to go through the legal procedure procedure.