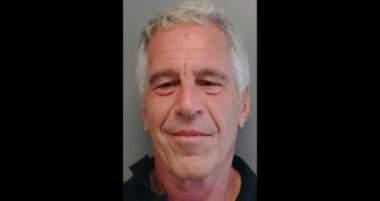 Trafficking … blackmail … cover-up? Was Jeffrey Epstein an intelligence asset for the Deep State?

Jeffrey Epstein is only the tip of the iceberg.

The financier and sex offender who was arrested on July 13 on sex trafficking charges may have links to the intelligence community, according to a journalist who has documented abuse allegations against Epstein since 2002.

Vicky Ward, who covered the accusations of Epstein’s alleged victims as part of an in-depth Vanity Fair piece on the mysterious money man published in 2003 (although her editor scrubbed the portions on the abuse claims at Epstein’s insistence), wrote this week that, per a source, it was Epstein’s intelligence ties that led U.S. Labor Secretary Alexander Acosta to cut the infamous non-prosecution plea deal with him back in 2007.

At the time, Acosta was U.S. district attorney for the Southern District of Florida. The deal granted Epstein immunity to all federal charges, halted the investigation, and sealed the indictment.

A former senior White House official told Ward that Epstein’s name came up when Acosta was interviewing for the secretary of labor job with the Trump transition team.

“Is the Epstein case going to cause a problem [for confirmation hearings]?” Acosta reportedly asked.

“I was told Epstein ‘belonged to intelligence’ and to leave it alone,” Acosta explained to his Trump team interviewers.

Epstein’s guilty plea to a single state charge of soliciting prostitution from minors resulted in a sentence that included housing in a private wing of the Palm Beach County Jail, private security detail, and “work release” to his office for up to 12 hours a day.

The Labor Department has not commented on the claim. Acosta himself dodged when asked if Epstein was an intelligence asset, claiming Justice Department regulations prohibit him from answering directly.

“So, there has been reporting to that effect,” Acosta said. “And let me say, there’s been report to a lot of effects in this case. Not just now but over the years. And again, I would, I would hesitate to take this reporting as fact.”

“I can’t address it directly because of our guidelines,” he asserted, and dismissed much reporting on the Epstein case as “just going down rabbit holes.”

On Friday, President Trump announced Acosta’s departure from the administration, saying the decision to resign was Acosta’s.

Some have speculated that Epstein’s “intelligence” role was as a crucial witness during the trial of two Bear Stearns executives accused of corporate securities fraud during the 2008 financial crisis.

But in March, Fox News reported that Epstein “did not provide any meaningful cooperation to obtain his relatively light sentence in the hedge fund case or likely any case tied to the financial crisis.”

“Bottom line, I have no knowledge of Epstein cooperating in any way in the Bear Stearns case,” a former federal prosecutor told Fox. “There was no reason to use him.”

What is known is that Epstein was a member of the Council on Foreign Relations (CFR) and the Trilateral Commission, both of which have an agenda of one-world government and serve as recruiting grounds for the intelligence community, along with all sectors of government — including cabinet positions and the presidency itself (Richard Nixon was CFR; Jimmy Carter and George H.W. Bush were Trilateral Commission.)

Epstein was also on the board of the Rockefeller Institute. It was largely Rockefeller money that founded the CFR in 1921. Many of the founding and early members of the organization were business associates of John D. Rockefeller.

The Trilateral Commission was founded by David Rockefeller (grandson of the original John D.) in 1973 while he simultaneously served as CFR chairman.

Epstein’s elite associations have led some to speculate that he manages Rockefeller money, although the wealthy family denies the relationship.

In fact, little is known of how Epstein actually makes his money. He has claimed to only take on clients with a worth of over $1 billion. But Epstein’s only known client is Leslie Wexner, the retail mogul whose company, L Brands, owns Victoria’s Secret, Bath & Body Works, and other major brands (though Wexner allegedly deserted Epstein following the 2006 legal proceedings).

Wexner is also known for his philanthropical endeavors and for being a major Republican donor (though he split ways with the party over the presidency of Donald Trump). Both have made him a high-profile figure among political leaders. President George W. Bush, for instance, appointed Wexner to serve in the Honorary Delegation to Jerusalem for Israel’s 60th anniversary in 2008.

Many believe Wexner to be the true source of Epstein’s wealth. It was through Wexner’s influence that Epstein joined elite clubs such as the CFR and the Trilateral Commission. And around the time of Wexner’s befriending of Epstein that the latter went from being kicked out of Bear Stearns for “getting into trouble” to running his own company with 300 employees.

Even Epstein’s New York mansion (reportedly the largest private residence in Manhattan) was gifted to him by Wexner after the billionaire purchased it for $13.2 million in 1989 and spent millions more to renovate it.

Also curious is Epstein’s relationship with longtime friend and one-time girlfriend Ghislaine Maxwell, who is accused of being the financier’s madam, allegedly recruiting underage girls into prostitution and assisting Epstein in abusing them.

The wealthy socialite is the daughter of Robert Maxwell, a wealthy British publisher and MP with links to the KGB, MI6, and the Israeli intelligence service Mossad. In a report, the British Foreign office called Maxwell “a thoroughly bad character and almost certainly financed by Russia.”

Maxwell was found dead in 1991, having drowned after falling from his yacht, the Lady Ghislaine(named after his daughter).

There is speculation that Epstein was running a blackmail operation. This belief is based partly on the fact that his homes were wired with cameras, as well as his mysterious interactions with the rich and powerful—including flying the likes of Bill Clinton and disgraced actor Kevin Spacey on his “Lolita Express” Boeing 727 (Clinton allegedly unaccompanied by his secret service detail on several occasions).