by Giulio Meotti, The Gatestone Institute: 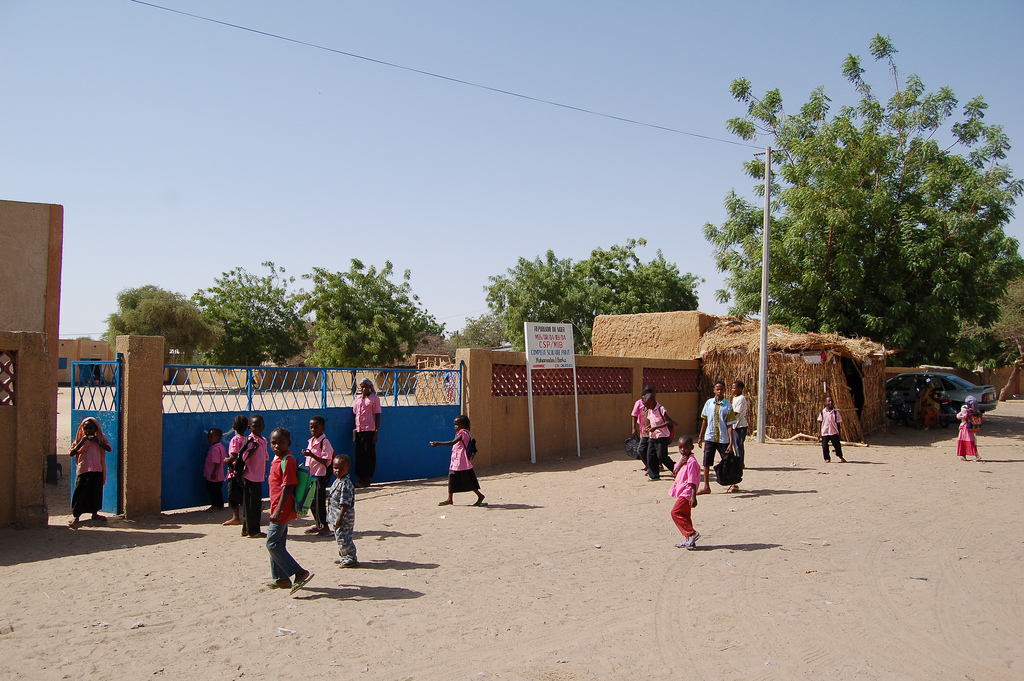 Persecution of Christians in the Middle East is now close to “genocide“, a UK-commissioned report just revealed. The same threat has also become critical for Christian communities in Africa.

Some say it began in Algeria in the 1990s, when 19 monks, bishops, nuns and other Catholics were killed during the civil war. Since then, in Nigeria, Christian faithful have been massacred in their churches; in Kenya, Christians have been killed in universities; in Libya, Christians have been beheaded on beaches; in Yemen, nuns have been assassinated and in Egypt, massive anti-Christian violence is prompting an exodus. It is the new African archipelago of persecution.

Distressingly, these Christians have been finding themselves in the blind spot of the West: they are “too Christian” to get the Left’s attention, but too far away for the Right. Africa’s Christians are orphans. They have no “allies”, John O’Sullivan writes.

Christian families recently fled the city of Diffa, in Niger, after Boko Haram delivered the message: “You have three days to go or you will be killed!”. “There is no Christian anymore in this town”, someone reported to the non-governmental organization, the Barnabas Fund. The town, Arbinda, is in Burkina Faso. Numbers are telling: 82 pastors, 1,145 Christians and 151 households have fled from violence in the Muslim-majority nation. Just in the last few weeks, several of the Christian faithful and clergy have been murdered. Jihadists killed six Christians in a Catholic church in the town of Dablo. A pastor was murdered in an attack in Silgadji, Catholic parades have been targeted.

Jihadists apparently want to “cleanse” these areas of Christians — and they are succeeding. “There is an atmosphere of panic in the town,” the mayor of Dablo, Ousmane Zongo, said. “People are holed up in their homes, nothing is going on. The shops and stores are closed. It’s practically a ghost town”.

In Nigeria, attacks on Christians never stop. The country has become a “war zone for Christians“.

“The attacks on Christians are growing more flagrant and more aggressive,” Father John Bakeni from the Maiduguri Diocese, northern Nigeria, said. “We consider each day we live in safety a blessing because we do not know what will happen the next day”.

“We Christians are at risk of extinction and an attempt is being made to Islamize the whole country because controlling Nigeria means expelling Christians from all of West Africa”, said Father Joseph Fidelis Bature, a Catholic priest in the Nigerian diocese of Maiduguri, in the Italian monthly Tempi.

Unfortunately, we Westerners have a short memory. Al Qaeda’s first attacks took place in Africa: the bombings against US embassies in Kenya and Tanzania. Africa matters for the West. That is why we should take this monstrous new anti-Christian persecution more seriously. “Christianity originated in the Middle East”, the Egyptian Coptic Pope Tawadros II said in Germany, where he was inaugurating a new Coptic church in May for his exiled community. “Thus, the displacement or evacuation of Christians from the Middle East is very dangerous for the safety of the region, not only in the Middle East but also in the Mediterranean Sea region. Europe is affected by this, and the Arab countries as well”. The West should take much more seriously these appeals from the Eastern Christian leaders.

With a secularized Europe and a Middle East close to becoming emptied of Christians, those jihadists who are obsessed with eradicating Christianity understand that their current ideological battlefield is in Africa. “By 2025, 50 percent of the (world’s) Christian population will be in Africa and Latin America”, wrote the scholar Philip Jenkins. The share of the world’s Christians in sub-Saharan Africa is expected grow from 24% in 2010 to 38% by 2050. That is why jihadists there are pursuing a horrific project of religious cleansing.

“Christianity has literally ‘gone south’, exploding demographically in the developing world and augmenting ongoing sociopolitical turmoil in places such as West Africa”, the Pew Forum reports. Radical Islam wants to stop this demographic movement, which Professor Philip Jenkins called “the largest religious change of any kind that has ever occurred”.

According to another report, in one century the number of Muslims living in sub-Saharan Africa has increased more than 20-fold, rising from 11 million in 1900 to 234 million in 2010. At the same time, the number of Christians has grown 70-fold, rising from 7 million to 470 million. Sub-Saharan Africa now is home to 21% of all the Christians in the world and 15% of the world’s Muslims. “Islamic extremism has two global centers of gravity, one in the Arab Middle East, but the other is in sub-Saharan Africa”, researcher Ron Boyd-MacMillan noted in a report for Open Doors.