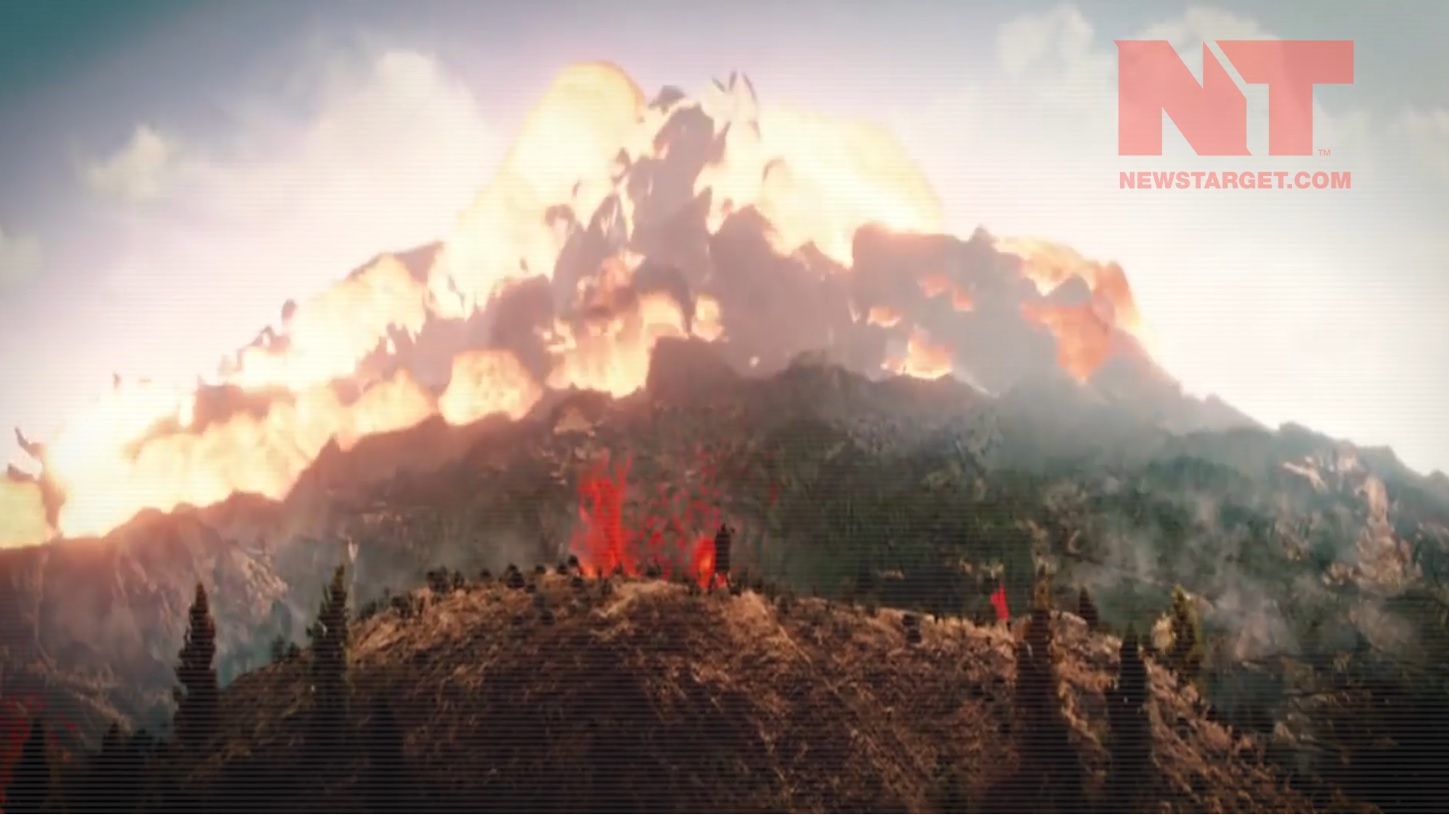 Right smack dab underneath the Naval Air Weapons Station in China Lake, California, where a pair of larger earthquakes struck on July 4th and 5th, respectively, sits a new “supervolcano” that a whistleblower from the United States Geological Survey (USGS) warns is brewing with 240 cubic miles of potentially ready-to-erupt magma.

According to the whistleblower, this hidden magma chamber below China Lake, which was only just recently discovered, is far larger even than Yellowstone, which bodes ominous for the future of California, including the handful of nuclear power facilities that sit above it in multiple locales throughout the state.

While the magma chamber is already becoming quite active, it is not yet rising to the surface, this whistleblower claims. But another major earthquake in the area could change all of that, creating a huge fracture that would allow magma to start shooting up from the ground, causing untold widespread destruction.

“FEMA (Federal Emergency Management Agency), the National Guard and other agencies have been alerted and are on standby to evacuate key VIPs,” the whistleblower revealed in a message.

“You may see blackhawks arriving in LA picking up people evacuating them as well as other major cities. We’ve been censoring and removing fault lines and earthquakes from the live feeds as the faults have expanded. There will be no mention of this anywhere, so leave now as the fireworks are ready to start.”

For more related news about geological changes and threats that are being withheld from the public, be sure to check out Censorship.news.

Whistleblower says Dutchsinse from YouTube is “pretty good,” but “doesn’t have access to the data we have”

In the whistleblower’s message, he also shared a YouTube video from the popular earthquake and seismic channel “Dutchsinse,” explaining that “[t]he guy is pretty good but he doesn’t have access to the data we have.”

What we do know, however, is that Forbes actually reported last year on what the whistleblower is now saying in an article entitled, “240 Cubic Miles of Magma Was Just Discovered Beneath California’s Supervolcano.” In this article, Forbes claimed that this supervolcano has been “lying dormant for the past 100,000 years,” adding that the USGS is “actively monitoring” it.

At the time, it was admitted that there has been “an uptick in activity” near the supervolcano over the past 40 years, but that “there are no signs of an eruption.” However, now that we’ve since seen multiple large earthquakes in the vicinity, followed by countless aftershocks and tremors, an eruption could, in fact, be more imminent than previously thought.

Satellite imagery captured before and after the most recent large quakes show that there’s clearly already been a surface eruption that’s taken place. Should more large quakes soon follow, there’s no telling how much more the surface will break apart, and what might be released as a result.

For Christians, all of this only affirms what’s written in the gospels about the various signs that will occur on earth in the lead-up to the end of days. Luke 21:11, for instance, reads:

“And great earthquakes shall be in diverse places, and famines, and pestilences; and fearful sights and great signs shall there be from heaven.”