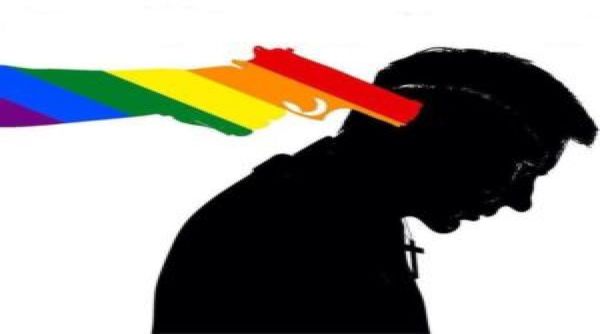 You don’t win battles when there is an abundance of white flags in your arsenal but Christian universities haven’t grasped that concept. One after the other, Christian schools have hoisted the white flag of surrender regarding their practices, policies, and precepts. That’s called apostasy.

Last month, California passed a resolution calling on religious leaders to affirm homosexuality and “transgenderism” and to accept that Christian efforts to help people with unwanted same-sex attraction or gender confusion are “ineffective, unethical and harmful.” Eager to please, Dr. Kevin Mannoia, Azusa Pacific University (APU) chaplain and the former head of the National Association of Evangelicals, kissed the LGBTQ ring and genuflected under the rainbow flag by “directing pastors and counselors to reject biblical views of sexuality and deny counseling for those struggling with unwanted same-sex attraction or gender confusion.”

And another white flag went up.

Earlier, Azusa had shamefully and cowardly lowered the banner of Calvary and raised another white flag of surrender after hoisting the rainbow flag of perversion. (Last week I did a national radio show dealing with homosexuality and perversion and the host said, “It’s been 30 years since I’ve heard perversion and homosexual used in the same sentence.”)

Azusa Pacific University “specifically removed language that barred LGBTQ relationships as part of a standing ban on pre-marital sex” from its student handbook, according to media reports. That is the third time the Christian university changed its position on “gay” relationships.

The school promises to treat everyone “with Christ-like care and civility. Our values are unchanged.” Well, not exactly. Of course, their values have changed at least three times. First they were against perversion since the school’s inception in 1899. Then they weren’t against perversion. After further thought and donor pressure, they were against it. Finally, they voted to satisfy the LGBTQ crowd and make everyone welcome—as long as they don’t sodomize each other in the restrooms and don’t carry the multicolored LGBTQ flag through the dining hall naked as a jay bird.

The school’s position is shocking especially since APU has a Wesleyan tradition that has always put an emphasis on holy living. But hey, that’s as old fashioned as other Bible values such as not fornicating, lying, stealing, or sodomizing.

About two hundred students gathered on campus “in support of LGBTQ students who may have been hurting as a result of the reinstatement of the ban.” Been hurting, seems to be an overstatement. They were simply told that perversion was not permitted on campus just as fornication was not permitted. Even two professors met with the students and “prayed” with them. They, along with the students, should have been sent packing.

The school also declared that the “APU community remains unequivocally biblical in our Christian evangelical identity.” That is dishonest double talk since they have departed from a clear biblical position. That is obvious when the LGBTQ crowd crowed there would be no more “stigmatizing of queer people specifically.”

Christian institutions need to use biblical terms in such matters. They can clearly require no sexual relations of any kind between two (or more) unmarried individuals. All sex is wrong without marriage and homosexual acts are wrong under all conditions. Of course, the schools are trying to stop the plunge in enrollment and the bleeding of school bank accounts so they give a little here and give much more there—soon they have a secular school whose biblical past embarrasses their progressive leaders.

APU has antagonized its financial base and it announced early this year that it plans to cut six percent of its faculty positions. Moody’s Investors Service downgraded their bonds to junk bonds and last fall, the school admitted it had almost a $10 million operating deficit.

So, it’s time for damage control.

APU and more than 170 other Christian schools are members of the Council for Christian Colleges & Universities (CCCU). President Shirley Hoogstra is dealing with a simmering insurgency of its members because the group did not take action against two member schools who went on record to permit same-sex “marriage” couples on faculty and staff—Goshen College and Eastern Mennonite University. Schools have bailed out of the CCCU because of the biblical apostasy of permitting schools to go soft on sodomy. Other schools are ready to pack up and move out of the CCCU unless changes are made by this August.

Of course, the nightmare position for the universities is that the LGBTQ crowd will use their legal clubs to beat them into submission—they will lose their tax exempt status, student aid, property tax exemption and other goodies from the state and Federal Government. Maybe then, they will only have God upon whom they can depend.

Cedarville University’s President Thomas White said that Cedarville “will not compromise on the biblical view of marriage.” Good for them but we will see what Cedarville, Liberty, Biola, and scores of other Christian universities do if the court says, “accepthomosexuality or close your doors.”

All these Christian universities have walked the same path, a path of compromise that promised more students, more acceptance, more prestige, and government money. All the schools, such as Harvard, Yale, Princeton, etc., were highly motivated but lost sight of their commitment to a high view of Scripture. One of their first and biggest mistakes was to seek secular accreditation. At least the Council for Christian Colleges & Universities was supposed to be biblical. But that always led to approval by secular regional accrediting associations. Even the long time hold-out Bob Jones University has caved and has joined the rush for the Good House Keeping Seal of Acceptance in the august field of Education. About 90% of the CCCU’s member-schools hold secular regional accreditation.

It is wrong for a Christian institution to surrender some of its autonomy to get a little reward. Christian colleges made a Faustian bargain to give a little autonomy for the grand prize and now it is time to pay the devil his due—capitulate to federal demands or close your doors. It is my opinion the schools will collapse like a house of cards to retain their tax advantages and regional accreditation. No, none of the schools would fall down and worship the golden calf—but they will worship the gold of the calf. If Christian institutions surrender their tax exempt status, there will be no more leeks, garlic, and onions—federal handouts.