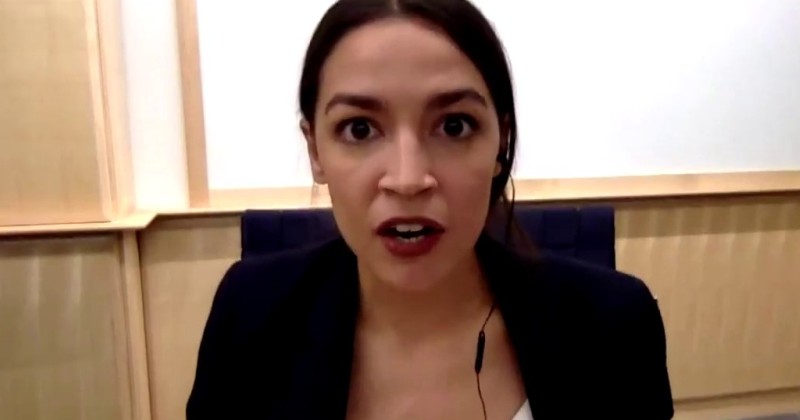 Alexandria Ocasio-Cortez was ridiculed on Twitter for erroneously claiming President Trump’s July 4 parade was poorly attended, when multiple photos clearly show the opposite.

The narrative that the event was “poorly attended” was regurgitated by multiple media outlets, including ABC News, which claimed only “small crowds” showed up. 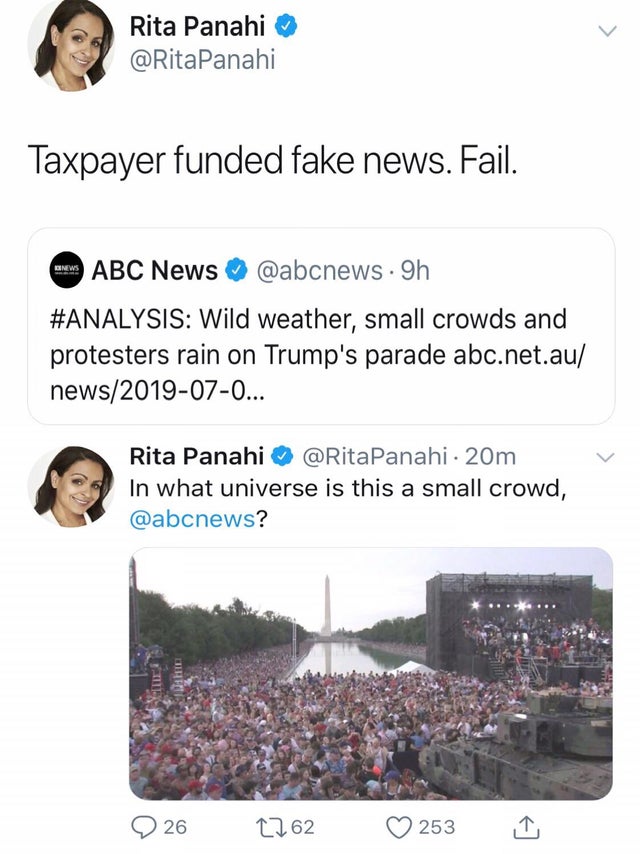 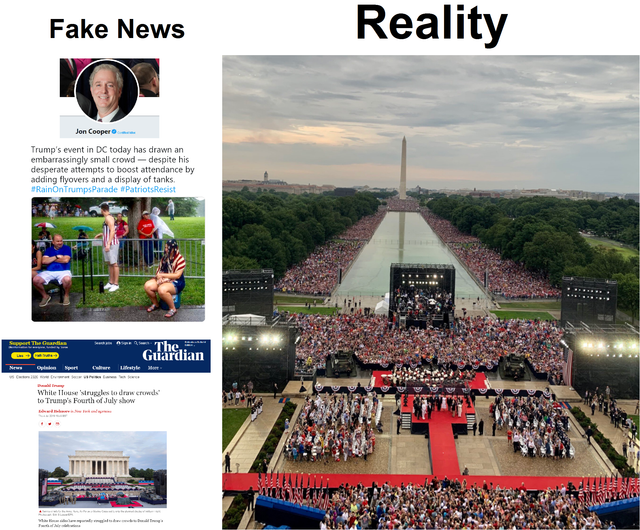 AOC’s assertion that the event was “poorly attended” was about as accurate as her claims of migrants drinking toilet water and “concentration camps” existing – not very.

Innumerable images show attendees lined up the entire length of the National Mall.

But that evidence wasn’t enough to satisfy some, who upon seeing the photographs claimed they were “photoshopped” – despite many of them being published by the same media outlets, CNN for one, that supposedly hate Trump.

Leftists are so hysterical that they cannot accept anything that contradicts their NPC coding even if it’s staring them in the face.