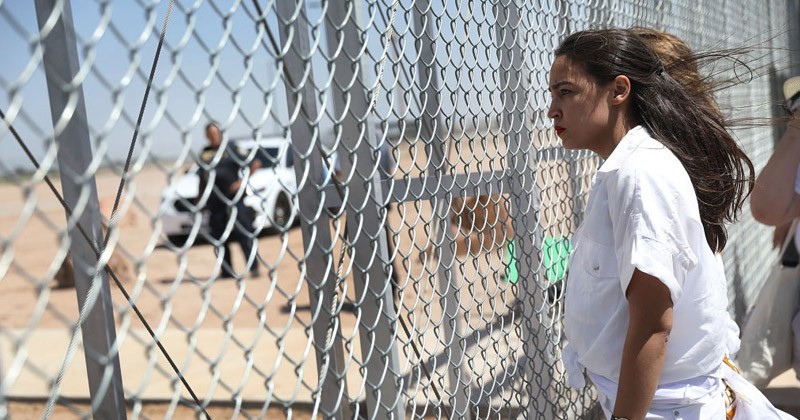 The photographer who took the photos of Alexandria Ocasio-Cortez appearing to cry at a protest outside a “tent city” in Tornillo, Texas demanded the removal of the images after it was revealed that AOC was actually crying over little more than a few police officers and an empty parking lot as part of a stunt.

Earlier this week, we highlighted the fact that Ocasio-Cortez was clearly trying to mislead the public when she tweeted, “I saw with my own eyes” America was “becoming a nation that steals refugee children from their parents, & caged them.”

I’ll never forget this, because it was the moment I saw with my own eyes that the America I love was becoming a nation that steals refugee children from their parents,& caged them.

More kids died after this. To date, no one has been held accountable.

We need to save these kids. https://t.co/HhdMqc5zML

Numerous other photos taken at the scene show that there was no “tent city” or any detained children in AOC’s view. Her emotional reaction to precisely nothing illustrates how the entire stunt was part of a photo-op designed to emotionally manipulate the public.

So, it is purely staged. Notice all her photos are at an angle among the fence & not through the fence. How poignant would it have been to show migrant children trapped in the other side of the fence from Sandy Cortez? So why didn’t they? There was nothing but a building & road! pic.twitter.com/AbJaw2n1Vq

Two days after Infowars published the article, photographer Ivan Pierre Aguirre, who shot and tweeted four images from the event that AOC subsequently retweeted, demanded the images be removed.

“I did not give you or Info Wars or @PrisonPlanet permission to use the photos I have a copyright on for your stories,” tweeted Aguirre. “This is a take down notice. Thank you.”

Infowars removed the images as a result of the request and replaced them with similar photos taken by others who were at the protest. 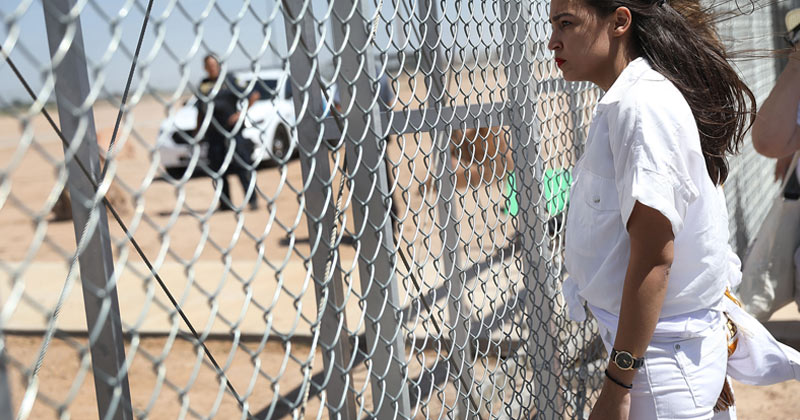 However, Aguirre’s photos are clearly in the public interest given that they concern a sitting member of Congress and have been re-produced everywhere after he personally made them public via Twitter.

It seems very odd that Aguirre and Ocasio-Cortez would decide to publish the photos to garner attention, but then demand they be removed when the narrative behind them comes under scrutiny.

Snopes and others have since tried to assert that it’s erroneous to claim AOC was crying over an empty parking lot. In reality, once again it’s Snopes who are deliberately publishing fake news.

In her original tweet about the photos, Ocasio-Cortez said, “I saw with my own eyes that the America I love was becoming a nation that steals refugee children from their parents, & caged them.”

The clear implication was that she was looking at detained migrant children, when in reality the only thing immediately beyond the fence was a handful of bored police officers and their vehicles.