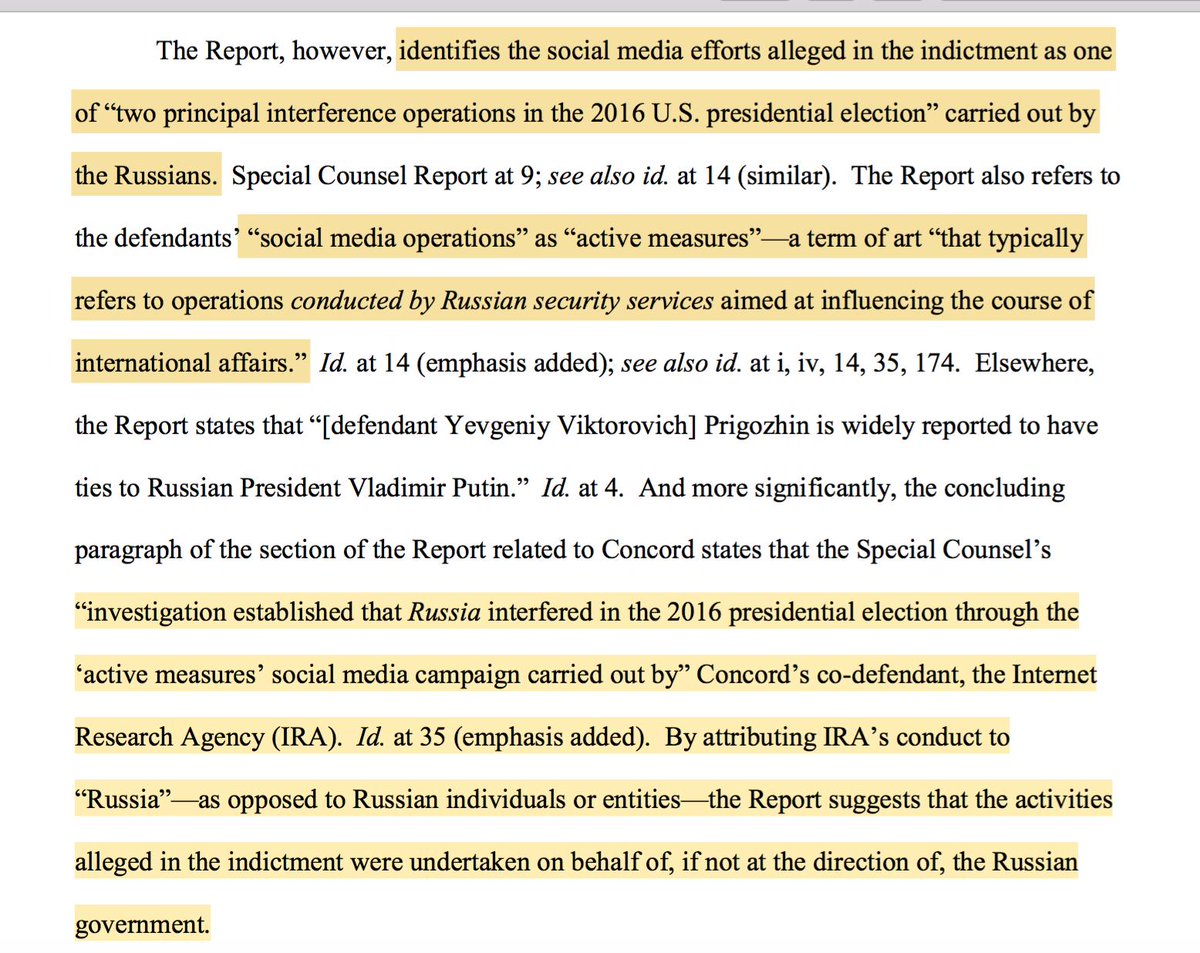 Special counsel Robert Mueller’s claim of “sweeping and systematic” Russian meddling in the 2016 US election just took another body blow, as a federal judge ruled that his indictment of a ‘troll farm’ is not actual proof of it.

Mueller’s charges against Concord Management & Consulting, the Russian company accused of running a “troll farm” and “sowing discord” on US social media in 2016, do not establish a link between that private company and the Russian government, US District Judge Dabney L. Friedrich pointed out.

Yet the special counsel’s much-publicized final report claims to have “established” and “confirmed” Russian government activities based in part on the indictment against Concord, which is a breach of prosecutorial rules, Friedrich said.

For example, Mueller’s report says that Concord CEO Yevgeny Prigozhin “is widely reported to have ties to Russian President Vladimir Putin.” That’s an assertion, not evidence.

Federal judge has issued a significant rebuke of a core Mueller claim. Mueller claims that the IRA — a Russian troll farm — was the 2nd of “two principal interference operations” by Russian gov’t. But as judge notes, Mueller’s implied link between IRA & Russian gov’t was false: pic.twitter.com/UyzApdP5BH

Judge Friedrich’s ruling was issued on May 28, but only unsealed on July 1, and went largely unnoticed by the media until this week. That’s not surprising, given the commitment of the US political establishment to the ‘Russiagate’ narrative, journalist and author Daniel Lazare told RT.

“It’s quite a dramatic ruling,” Lazare said. “Essentially what it says is that half of Mueller’s case doesn’t make any sense, it has no evidence to back it up.”

The special counsel’s report argued that Moscow sought to meddle in the election by Concord’s “sowing discord” on social media while Russian intelligence stole Democrat emails and released them through WikiLeaks, but neither of those assertions is backed by actual evidence, and now the insinuated link between Concord and the Kremlin has been rejected, Lazare pointed out.