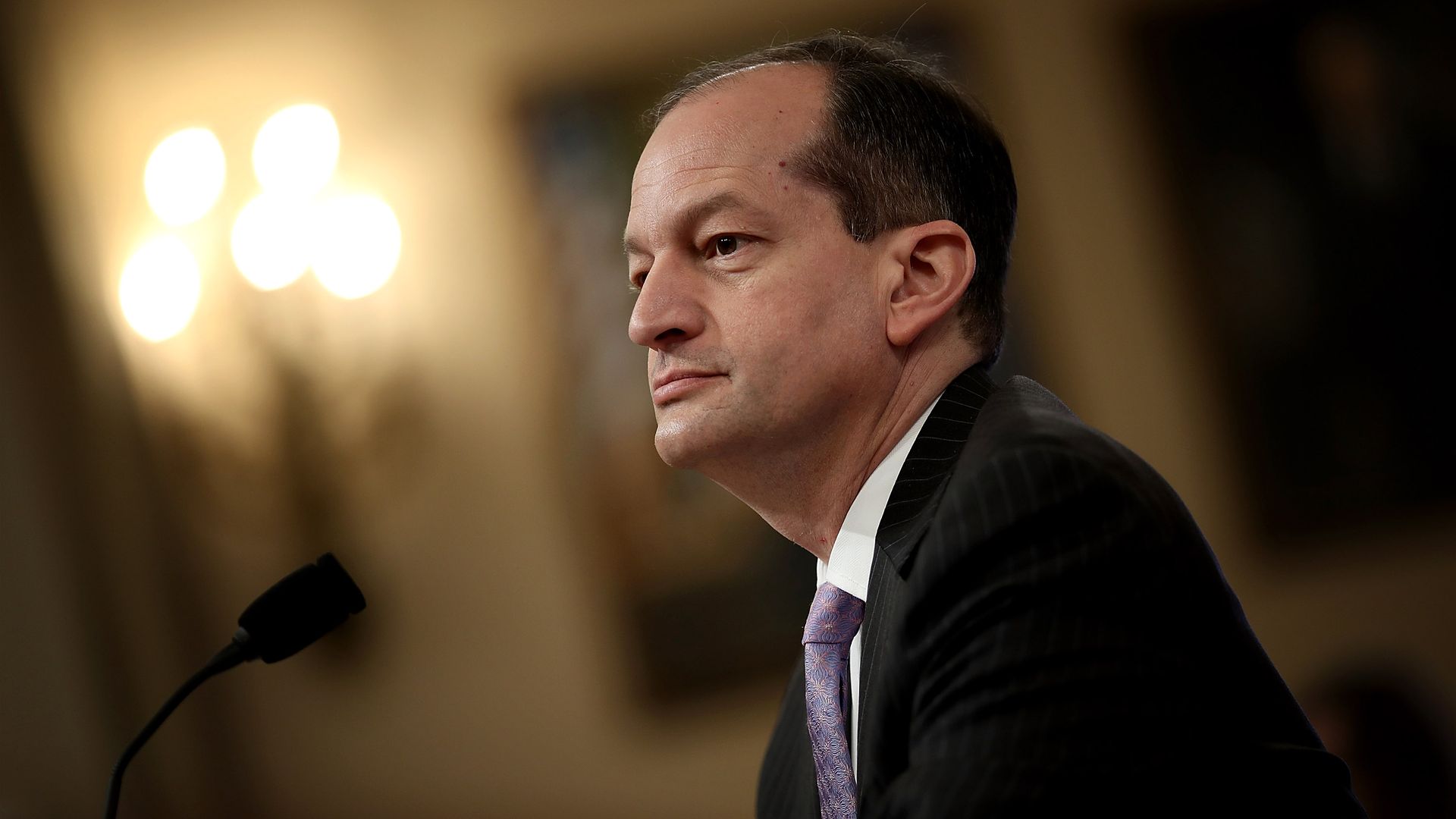 Former Palm Beach County state’s attorney, Barry Krischer, says that Labor Secretary Alexander Acosta’s account of a 2008 plea arrangement his office cut with pedophile financier Jeffrey Epstein is “completely wrong,” and that Acosta “should not be allowed to rewrite history,” according to a Wednesday statement by Krischer.

Earlier in the day Acosta held a press conference in which he vehemently defended the deal to serve just 13 months in county jail – saying that Krischer would have let Epstein walk otherwise.

“Simply put, the Palm Beach State Attorney’s Office was willing to let Epstein walk free. No jail time. Nothing,” said Acosta. “Prosecutors in my former office found this to be completely unacceptable, and we became involved.”

Not true says Krischer – who said that Acosta abandoned a 53-page federal indictment “after secret negotiations between Mr. Epstein’s lawyers and Mr. Acosta,” according to The Hill.

The Miami U.S. Attorney’s Office had prepared a federal indictment against Epstein, but it was never filed. Acosta has also faced criticism for failing to disclose the plea deal to Epstein’s victims, something he said would have jeopardized the agreement.

Krischer downplayed his office’s role in the eventual plea deal, and alleged the U.S. Attorney’s Office abandoned its federal indictment after “secret negotiations between Mr. Epstein’s lawyers and Mr. Acosta.”

“If Mr. Acosta was truly concerned with the State’s case and felt he had to rescue the matter, he would have moved forward with the 53-page indictment that his own office drafted,” Krischer said. –The Hill

That said, Palm Beach police told the Miami Herald that they felt pressured by Krischer to downgrade Epstein’s case to a misdemeanor or to drop it entirely.

While Epstein has allegedly victimized up to 60 girls, many of them underage according to the Miami Herald, his sweetheart deal for just two counts of solocitation of prostitution (one with a minor), and included working from his West Palm Beach office for as much as 12 hours a day for up to six days a week. He was also required to register as a sex offender, and was given immunity from federal prosecution.