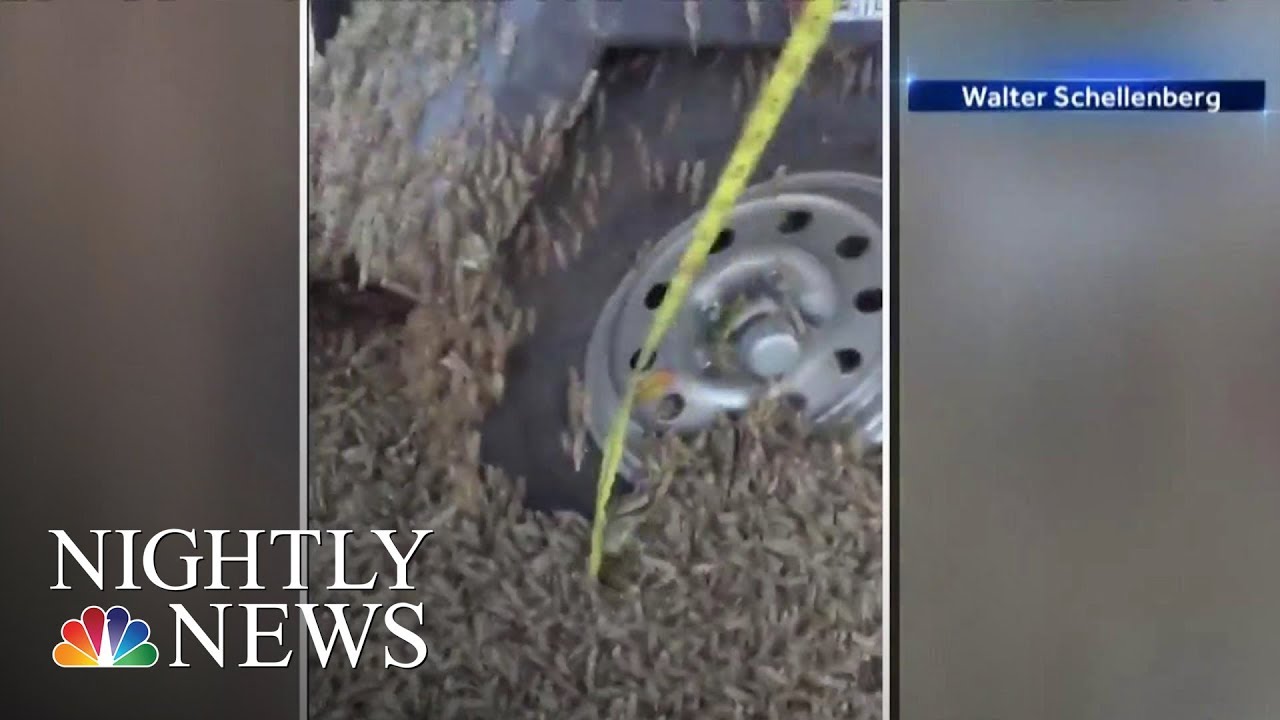 It is being called “the Great Grasshopper Invasion of 2019”, and it is really freaking out a lot of people in Las Vegas, because most of them don’t understand why this is suddenly happening.  Unusually wet weather earlier this year created ideal breeding conditions, and now massive swarms of grasshoppers have descended upon Sin City.  According to AccuWeather, there are “millions” of them, and it is being projected that they will be sticking around “for weeks”.  The experts are assuring us that there is nothing to be concerned about, and that is probably true, but I have never heard of such a thing happening before in modern American history.  According to one report, there are so many grasshoppers that “you can see them from space”, and the swarms are so thick that they “even appeared on weather radar”…

A grasshopper swarm of biblical proportions has descended upon Las Vegas, CNN reports. The invasion is expected to last weeks, and it’s so dense that it has even appeared on weather radar.

The cloud of flying insects is practically indistinguishable from a rainstorm on weather maps. After tracking it for a while, experts noticed that it didn’t move like normal rain patterns, and it didn’t match up with what meteorologists were reporting from the ground. The mysterious mass that had settled over Las Vegas had to be caused by something else.

Of course the “mysterious mass” was a colossal swarm of grasshoppers, and it looks like they plan to stick around for a while.

And things are particularly bad at night in Las Vegas, because as state entomologist Jeff Knight has noted, these grasshoppers are attracted to ultraviolet lights…

“When we have a wet winter or spring, these things build up. A lot of times, when populations get too big, it triggers the insects to move to find new areas,” said Knight.

Knight says the grasshoppers are attracted to ultraviolet lights, making valley gas stations and parking lots popular spots for swarms, which can be bad for business.

“When you have thousands of insects like that, it does create that panic in somebody’s mind,” said Knight.

Needless to say, the Vegas strip is absolutely inundated with grasshoppers at the moment, and in some spots they are so thick that it actually looks like it is snowing outside.

The good news is that these grasshoppers do not pose a threat to humans.  State entomologist Jeff Knight explained to reporters that these insects do not bite and do not carry disease…