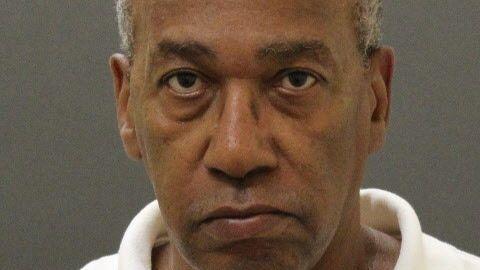 A weeks long quest to identify a woman who was found covered in garbage inside a Baltimore shopping cart — her hands, feet, lower legs and head all missing — led police to the woman’s father: a Baltimore man previously convicted of murdering his own son and another man.

Lawrence Banks, 65, of the 4000 block of Clarks Lane, has not been charged in connection with the death of his daughter, Dominique Foster, 43, although the gruesome killing figures prominently in a probable cause affidavit released Friday. Banks is charged only with illegally possessing a firearm and ammunition recovered from his Northwest Baltimore apartment on Wednesday as police investigated Foster’s death.

Banks appeared on a video feed in district court Friday and was ordered held without bail by Judge Michael Stephen Studdard. Foster’s death was not mentioned in the court proceeding, but court records from the gun case focus almost exclusively on her death.

Foster’s body was found May 12 wrapped up and placed inside of a shopping cart at the Clarks Lane Garden Apartments. A nearby resident told responding officers she did not see anything out of the ordinary but heard some arguing on the night of May 10. A security camera video from that day obtained by police showed a man with a limp in a white jacket and hoodie wheeling a shopping cart toward the lot where Foster was found.

In May, police distributed images of the woman’s tattoos to local media, hoping it would help identify her. But police never mentioned the dismemberment.

Then on Wednesday, members of Foster’s family called detectives and positively identified Foster’s tattoos. They said Banks and Foster were father and daughter and lived together in the apartment adjacent to the crime scene.

Police then obtained a warrant and searched Banks’ apartment in the Glen neighborhood. Detectives found blood, computers, cellphones, counterfeit money, a yellow raincoat, a pair of boots and a .380 caliber handgun with five bullets in the magazine, according to the affidavit.

One of Dominique Foster’s daughters, who did not want to be named because she feared for her safety, described her mother as a loving, caring and happy person.

“We’re just in disbelief. I still feel like she’s going to call me,” the woman said. “She was everything. She was my best friend.”

According to the affidavit, one of Dominique Foster’s daughters told police about Banks’ criminal past.

The Population Is Being Poisoned With Graphene Oxide Ferromagnetic Ferroelectric Nanoparticles