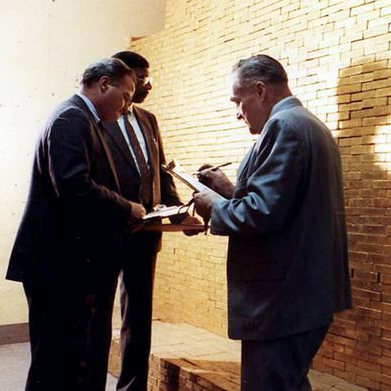 What is money? Although it might seem a straight-forward question, ‘what is money’ is a question which will return a wide variety of answers depending on who you ask. For something taken for granted and used by billions of people every day all over the planet, this is perhaps surprising.

Ask a person on the street about money, and they will most likely reply that money is the banknotes and coins in their wallet or pocket. Ask a central banker about money and they will probably mention cash, bank deposits and legal tender, noting that most ‘money’ is held electronically in banks. The central banker, if they are savvy, might also mention that gold is money, but will probably quote this ‘off the record’.

Ask a commercial banker about money, and if they understand the business of fractional-reserve banking, they will say, also ‘off the record‘, that banks create money out of thin air, taking in deposits and then lending these same funds, and more recently lending money into existence that never existed, thereby creating debt.

Ask an economist for their view on the money question, and the answer might revolve around defining the functions of money in an economy (a store of value, a medium of exchange and a unit of account) and a discussion of which forms of money best perform these functions. The economist might also mention the relative merits of different forms of money, such as fiat currency, commodity-backed money (gold and silver), and discuss terms such as hard money, sound money, paper money, and the characteristics of a desirable money.

Functions and Forms of Money

At its most basic, any form of money must be able to perform the functions of money. To see why this is so, just think of a barter economy, where people have to barter with goods or services to allow any exchange to take place. But bartering is inefficient as it relies on the double coincidence of wants of two people each having a good or service that the other will accept.

If something can be used to intermediate in an exchange instead of barter, it will make the exchange a lot easier and more effective. But whatever is chosen to facilitate trade must be easy to handle, carry and store, i.e. a suitable money must be able to act as a medium of exchange in transactions. A suitable money must also be also able to be easy to measure, easy to value and easy to subdivide into smaller quantities, i.e. the second function of a suitable money is that it needs to be able to act as a unit of account for transactions and valuations. The third function of money, or at least of any worthwhile money, is that it will be a store of value allowing accumulated wealth to be preserved, and that it will retain its purchasing power over time.

To these three functions of money we can add a fourth, i.e. that any worthwhile form of money must be able to act as a standard of deferred payment, which will facilitate borrowing and lending, allow debts to be valued, and allow goods and services to be paid for in the future.

– Money must be easily divisible

– Money must be durable

– Money must have an element of scarcity and be available only in limited supply.

– Money must be fungible with one unit substitutable for another.

– Money must be difficult to counterfeit.

– Money must have a history of being accepted and used.

– Money in its best forms will also have inherent value.

From Inherent Value to Zero Value

Based on the above, we can say that any form of money that’s accepted as money must have the characteristics of money and be able to perform the required functions of money. So far we have not mentioned the terminology familiar to the world of modern money, such as cash, currency, legal tender, fiat currency and money supply. Therefore, at this point some definitions are in order, however these definitions themselves are not watertight and are open to debate:

Cash is a term generally used to describe physical coins and banknotes, or any form of a liquid asset that can be quickly converted into cash.

Currency is something which is in circulation nationally or internationally as a medium of exchange (e.g. banknotes and coins).

Legal tender is any form of payment that is legally defined as being valid for the payment of debts and which must be accepted in that jurisdiction for settling debts when offered to the creditor. In the UK for example, legal tender is only coins issued by the Royal Mint and notes issued by the Bank of England.

Fiat currency is a national currency issued by a central bank or government which is backed by the public’s confidence in that issuer, i.e. the currency is not backed by anything tangible, just the credit worthiness of the state issuer. Derived from the word ‘fiat’ or decree, fiat currency is only used by a populace because there is no alternative and the issuer has a monopoly on currency issuance.

Governments and their central banks obviously like fiat currency because they generate revenue from seigniorage. Seigniorage is the difference between the face value of a currency and the cost of printing or coining that currency. For governments, seigniorage is free revenue, since they can use it to help finance their government expenditure.