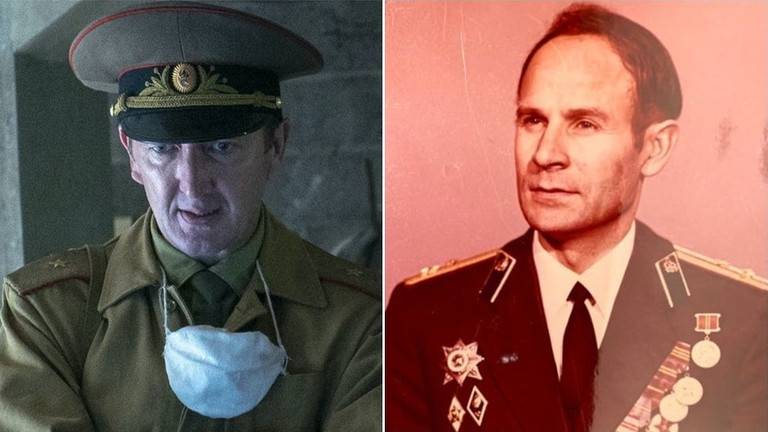 No one told rookie troops to shoot cows in Chernobyl and the miners there never worked naked, Major General Nikolai Tarakanov, who headed the real ‘liquidators’ in 1986, has told RT’s documentary channel.

Tarakanov praised other aspects of the show, adding that the actor who played him in the HBO hit did a “great job.”

Major General Tarakanov was one of the key participants of the events in Chernobyl in 1986, receiving a high dose of radiation while in charge of the troops working to decontaminate the ill-fated power plant.

Now 85 years old, he has watched the entire new hit miniseries, in which he was portrayed by Scottish actor Ralph Ineson, and commented on its most iconic moments to documentary channel RTD.

Nikolai Tarakanov: It was a terrifying sight, really. What on Earth could demolish an entire structure of reinforced concrete? A nuclear bomb? Some massive accident? I couldn’t imagine what had happened there. As a result of the explosion, all the rubble and dust was sent into the air. 300,000 cubic meters of soil around the plant were extracted, put in trucks and taken to burial sites. The soil was replaced with 300,000 cubic meters of crushed stone, sealed with concrete and covered with heavy concrete plates. This led to radiation levels falling by hundreds of times around the site, which allowed us to deal with the plant itself and decontaminate the equipment. It’s a long story. But then again, it was the soldiers who did all that. That is why when they ask me about it I always say: yes, there were scientists. Of course there were scientists; I have a doctoral degree myself. But it was the soldiers who were the main heroes of this story. When you think about war history, you always remember the military leaders, great generals, like Zhukov and Voroshilov [top Red Army commanders during WWII]. But who did all the fighting? It was the soldiers.

RTD: How high were the levels of radiation the soldiers were exposed-to?

Tarakanov: The soldiers who worked under my command, both on the roof and around the plant, could receive an acceptable dose of radiation of 20 rem – the maximum dose permitted during wartime… There were rare cases when people were exposed to higher levels. And that could only happen because of an oversight on the part of any of the commanding officers, or due to a soldier’s own carelessness.

RTD: So, in other words, all soldiers received wartime doses of radiation at a time of peace.

Tarakanov: Yes, that’s true… But, without them, the whole operation would have been impossible. 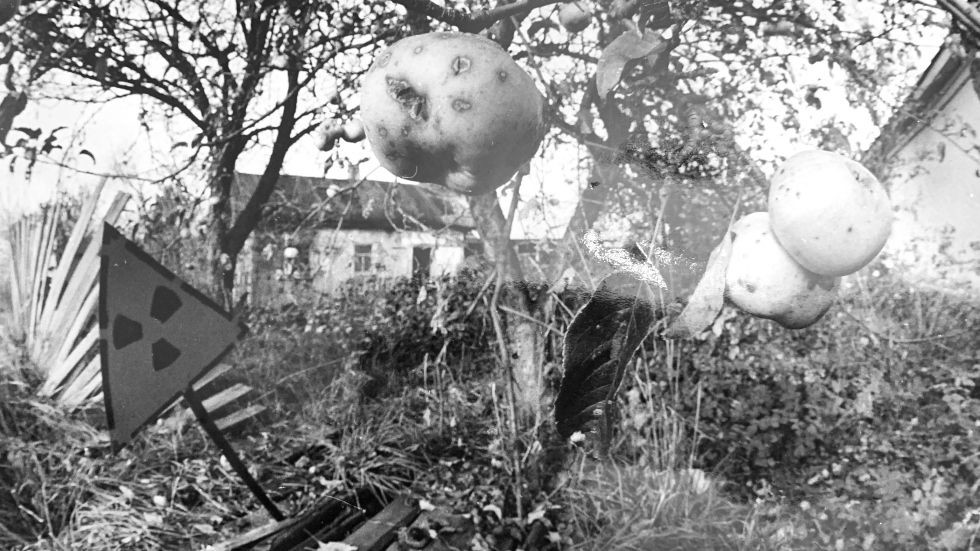 An apple tree affected with radiation outside the Chernobyl nuclear plant. © Private archive of Nikolai Tarakanov

RTD: So, in essence, having that incident was like having a war on Soviet soil.

RTD: And the disaster lasted for several months.

RTD: It was months before it came to the work you mentioned, like removing layers of soil and decontaminating the area. But before that, we essentially had a nuclear war on our hands – how long did it last?

Tarakanov: I would say from April to December. Right until we repaired and restarted the third reactor, which is next to the fourth one – the one that got destroyed… I myself and other generals and officers each served one-month-long assignments there. Regular soldiers were called in from the army to serve for five months, which I think was unreasonable. Officially, they were called up for reserve training.

Troops involved in liquidation of the Chernobyl nuclear disaster.

Tarakanov: There’s this episode [in the HBO series], it’s is an ugly one. They show this boy, a conscript arriving at the military compound. What comes next is just ridiculous. They give him a uniform and moments later they are teaching him how to shoot animals. I mean, that’s just silly. Nothing even close to that ever happened. This is one serious mistake.

RTD: Are you saying they never executed animals, like they show in the episode?

Tarakanov: No, they did, but never in the residential area. In the residential parts, there were no cows, no dogs – not a single one. The shooting did take place, but it was in the forests, where wild animals still roamed, including deer, as well as cattle that wandered off after the evacuation. But to show this young boy, recently drafted, being given all this equipment straight away [is just absurd].

The way it actually happened was pretty simple. The government issued a decree announcing general mobilization. They were supposed to call in 20,000 reservists, as they were called, from, say, Moscow and elsewhere… Those were all men of conscription age, between 30 and 40, mostly. And, of course, they knew nothing about their pending deployment. Later, when they arrived at the base, they were assigned to different units, a platoon, company or battalion. Only then would they set off for Chernobyl. So, all the procedures followed the law. Yet, the time they had to serve there was way too long.

RTD: The miners, summoned from all over Russia, including Tula and Donetsk, dug a tunnel underneath the reactor without any machinery, manually removing hundreds of cubic meters of earth that was then taken to burial sites. There is a very dramatic moment in the series when the miners start working naked. Did that actually happen?

Tarakanov: Well, no, I mean – I did not see them naked. I’d say the showrunners took it a bit too far. In fact, this entire operation – it was Academician Velikhov’s idea – was unnecessary, but still. They thought that the bottom of the reactor was still extremely hot, because the graphite continued burning, and it burns at 800 degrees… That’s why they had to dig a tunnel underneath and place a concrete slab under the reactor. The idea was to use liquid nitrogen to create a cooling effect, like in a fridge. The concept itself was good, and of course it helped. But it was already September by then.