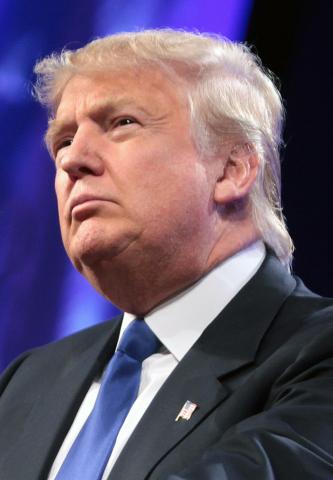 Has Trump betrayed his base? If not, tell me why Hillary has not been indicted (see below). Trump has had ample opportunity to prosecute Hillary. However, not only is Trump not going after the Deep state as promised, he is silent on governmental actions that could do us great harm.

Instead of draining the swamp and hunting Deep State game, I fear that I am not the hunted.

It has been nearly 30 months since the inauguration. It has been over three years since thousands of Trump supporters changed “Lock her up, Lock her Up. And here we sit going into another Presidential campaign season NOBODY has been locked up except for Julian Assange. And what did he do? He blew the whistle on globalist and Deep Corruption and he has paid for his service to his country with the loss of his freedom and it will likely result in the very loss of his life.

Infowars is reporting the NBC revealed that Hillary Clinton ran and covered up, a pedophile ring out of the State Department. No, no, no, don’t raise your eyebrows at me, blame NBC. The liberals are starting to eat their own. With all the evidence of Arkancide, money laundering through HSBC bank, stealing two billion dollars in UN relief money intended for the victims of Haiti, election fraud, 33,000 counts of illegal and public disclosure of classified State Department memos, etc, etc, etc, and Trump has still not locked her up.

Only days before the 2016 election, former and disgraced FBI Director, James Comey, hung Hillary out to dry in front of the country with the email scandal. From a legal perspective, Hillary is low-hanging fruit. Yet, despite the promises from Trump, she is still not locked up.

Hillary once joked that Trump supporters needed to relax and go to a fun (FEMA) camp, We have everything to fear from Hillary. I still believe that she will be the 2020 Democratic candidate because of the weakness of the field and also a presidential run will provide legal cover because she can claim retaliation if Trump ever did decide to take action against her.

Trump may not be going after Hillary as promised, but he’s letting the government come after you.

Why Is Trump Silent?

On June 17, 2019 the President announced that his administration would be millions of mass illegal immigration arrests as he announced his intentions to round up and forcibly deport of illegal immigrants including DACA children.

This is a really bad idea on a number of fronts. First, the problem at the border needs to be first stopped at the border We have Ebola-ridden immigrants crossing the border. The drug cartels and the terrorists are taking up residence in the country and continue to pour across the border. This where the greatest threat lies, not by first deporting people who have made a life for themselves. We can decide, later, what to do with illegal immigrant residents. Further, mass deportations will cause the international community to label Trump as a human rights violator. He will be compared to Andrew Jackson who initiated one of the greatest abuses in American History, the Trail of Tears. As the President kicks off his Presidential campaign, this would be a very bad idea.

Attorney John Whitehead also sees another problem with Trump is silently supporting and that has to do with a Supreme Court case that promises to give government all the power while people become their minions.