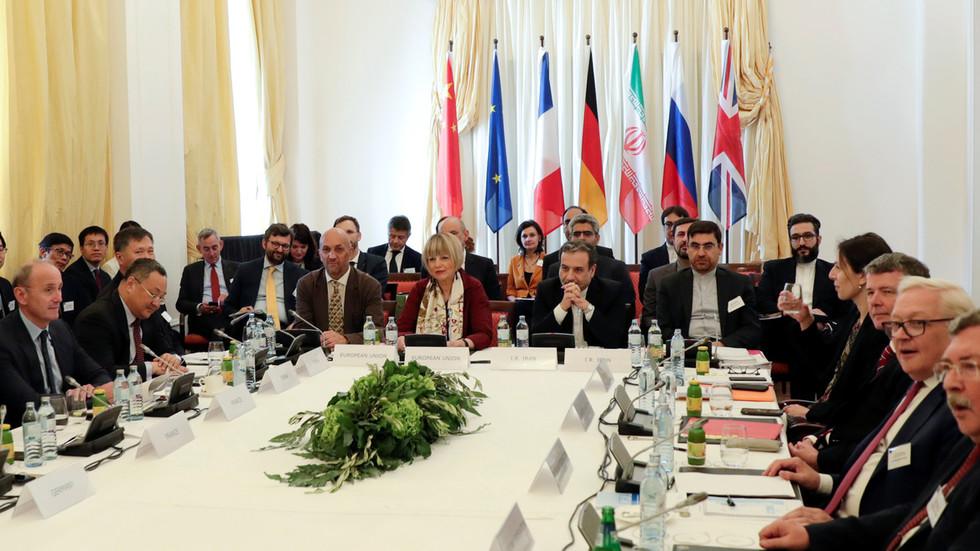 With the world waiting for the first headlines from the Trump-Xi meeting, the most important and unexpected news of the day hit moments ago, when Europe announced that the special trade channel, Instex, that will allow European firms to avoid SWIFT and bypass American sanctions on Iran, is now operational.

Following a meeting between the countries who singed the Iran nuclear deal, also known as the Joint Comprehensive Plan of Action (JCPOA), which was ditched by US, French, British and German officials said the trade mechanism which was proposed last summer and called Instex, is now operational.

As a reminder, last September, in order to maintain a financial relationship with Iran that can not be vetoed by the US, Europe unveiled a “Special Purpose Vehicle” to bypass SWIFT. The mechanism would facilitate transactions between European and Iranian companies, while preventing the US from vetoing the transactions and pursuing punitive measures on those companies and states that defied Trump. The payment balancing system will allow companies in Europe to buy Iranian goods, and vice-versa, without actual money-transfers between European and Iranian banks.

The statement came after the remaining signatures of JCPOA gathered in Vienna for a meeting that Iranian ministry spokesman Abbas Mousavi called  “the last chance for the remaining parties…to gather and see how they can meet their commitments towards Iran.”

Until today, Tehran was skeptical about EU’s commitment to the deal and threatened to exceed the maximum amount of enriched uranium allowed it by the deal after US had imposed a series of sanctions on the country.

Meanwhile, opponents of Instex – almost exclusively the US – have argued that the mechanism is flawed because the Iranian institution designated to work with Instex, the Special Trade and Finance Instrument, has shareholders with links to entities already facing sanctions from the U.S.

The announcement sent oil sharply lower, with crude futures falling about $1/bbl in closing minutes before settlement, extending daily loss, as it means Iran now has a fully functioning pathway to receive payment for oil it exports to anyone it chooses.

The announcement will likely send president Trump off the rails, because in late May Bloomberg reported that as part of Trump’s escalating battle with “European allies” over the fate of the Iran nuclear accord, he was “threatening penalties against the financial body created by Germany, the U.K. and France to shield trade with the Islamic Republic from U.S. sanctions” including the loss of access to the US financial system.

According to Bloomberg, the Treasury Department’s undersecretary for terrorism and financial intelligence, Sigal Mandelker, sent a letter on May 7 warning that Instex, the European SPV to sustain trade with Tehran, and anyone associated with it could be barred from the U.S. financial system if it goes into effect.

“I urge you to carefully consider the potential sanctions exposure of Instex,” Mandelker wrote in an ominous letter to Instex President Per Fischer. “Engaging in activities that run afoul of U.S. sanctions can result in severe consequences, including a loss of access to the U.S. financial system.”

Germany, France and the U.K. finalized the Instex system in January, allowing companies to trade with Iran without the use of U.S. dollars or American banks, allowing them to get around wide-ranging U.S. sanctions that were imposed after the Trump administration abandoned the 2015 Iran nuclear deal last year.

“This is a shot across the bow of a European political establishment committed to using Instex and its sanctions-connected Iranian counterpart to circumvent U.S. measures,” said Mark Dubowitz, the chief executive officer of the Foundation for Defense of Democracies in Washington.

Here is a simpler summary of what just happened: this was the first official shot across the bow of the USD status as a global reserve currency, and not by America’s adversaries but by its closest allies. And once those who benefit the most from the status quo openly revolt against it, the countdown to the end of the USD reserve status officially begins.

When asked to comment on the letter, the Treasury Department issued a statement saying “entities that transact in trade with the Iranian regime through any means may expose themselves to considerable sanctions risk, and Treasury intends to aggressively enforce our authorities.”

The US ire was sparked by the realization – and alarm – that cracks are appearing in the dollar’s reserve status, opponents of Instex argue – at least for public consumption purposes – that the mechanism is flawed because the Iranian institution designated to work with Instex, the Special Trade and Finance Instrument, has shareholders with links to entities already facing sanctions from the U.S.

Separately, during a visit to London on May 8, Mike Pompeo also warned that there was no need for Instex because the U.S. allows for humanitarian and medical products to get into Iran without sanction.