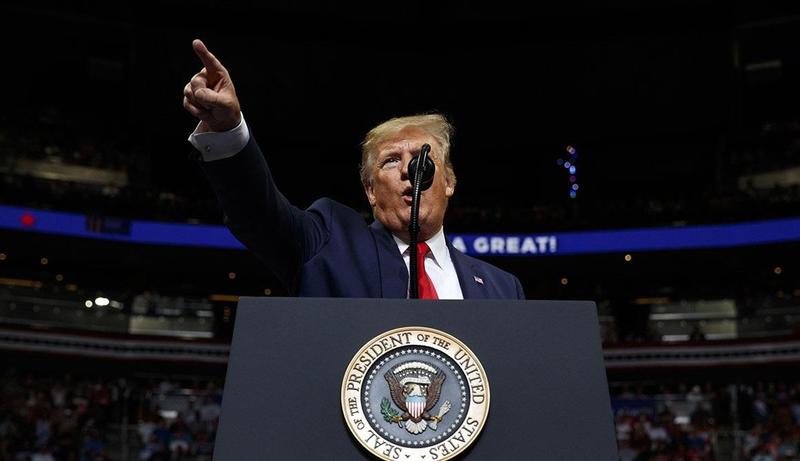 President Trump on Wednesday said that DOJ investigators are probing whether the Obama administration secretly monitored his telephone communications – a possibility he referred to as “the ultimate,” according to Fox News.

“The fact is, they were spying on my campaign, using intelligence agencies to do it. … We’re trying to figure out whether they listened to my calls. That would be the ultimate. We’ll see what happens. If that happens, we’ll probably find out. If they spied on my campaign and they may have, it will be one of the great revelations in history of this country. It will be very interesting. I think we’re gonna find out,” said Trump.

What If There Was No Money?

Appearing on Hannity, Trump covered a wide range of subjects related to the 2016 election.

“Take a look at Ukraine,” Trump said, possibly in reference to a Wednesday article by The Hill‘s John Solomon claiming the FBI knew that Paul Manafort’s so-called “Black Ledger” was likely bogus – yet used it anyway to obtain a search warrant on the former Trump campaign manager.

A Ukrainian court ruled in December that senior officials meddled in the 2016 US election when they revealed the alleged existence of the Black Ledger, while in 2017 Politico reported that Ukrainian officials hated Trump – working behind the scenes to try and secure a victory for Hillary Clinton.

Numerous issues with the Steele dossier’s reliability have surfaced, including several that were brought to the FBI’s attention before it cited the dossier in its FISA application and subsequent renewals. Mueller’s report made plain, for example, that former Trump attorney Michael Cohen did not travel to Prague to conspire with Russian hackers seeking to access Democrat files, as the dossier alleged. –Fox News

So the FBI reportedly knew that both the Steele Dossier and the Black Ledger were dubious accounts – yet used them anyway in violation of FBI policy.

Meanwhile, Trump railed against Congressional Democrats for putting his former communication adviser Hope Hicks “through hell” as she testified in a closed-door session on Capitol Hill earlier Wednesday.

“What’s happened to the Democrats — and in the meantime, they’re not doing any work in Congress,” Trump told Sean Hannity, calling the party “unhinged.”

“They’re not allowed to do that. It’s probably illegal,” Trump said, referring to the leaked pictures of Hicks. Some Democrats complained that Hicks, in her appearance before the House Judiciary Committee, was ordered by the White House to stay quiet about her time as an aide to Trump, citing legal privileges. –Fox News