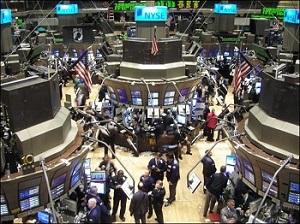 U.S. stock markets have historically been challenged by corrupt actors. But there have been two extreme periods of corruption in the history of U.S. stock markets. One period occurred in the lead up to the 1929 stock market crash when Wall Street cartels were forming pools to wildly manipulate stock prices. That period led to an economic calamity known as the Great Depression. It also led to two years of intense hearings in the U.S. Senate to investigate the structure of the stock market, followed by intense legislative reforms including the Glass-Steagall Act, the Securities Act of 1933 and the Securities Exchange Act of 1934.

The second period was the lead up to the 2008 stock market crash which led to the economic collapse known as the Great Recession. In that period, like 1929, Wall Street banks were allowed to systematically engage in practices to enrich themselves at the expense of the public and the national interest. But instead of seriously reforming Wall Street, the Justice Department allowed the criminals to avoid jail time and a Congress whose members received heavy campaign funding from Wall Street allowed Wall Street to simply move its corrupt practices into ever darker corners of the market.

The Securities Exchange Act of 1934 explains why it is a matter of national interest to protect U.S. markets from corruption by powerful players:

“Frequently the prices of securities on such exchanges and markets are susceptible to manipulation and control, and the dissemination of such prices gives rise to excessive speculation, resulting in sudden and unreasonable fluctuations in the prices of securities which (a) cause alternately unreasonable expansion and unreasonable contraction of the volume of credit available for trade, transportation, and industry in interstate commerce, (b) hinder the proper appraisal of the value of securities and thus prevent a fair calculation of taxes owing to the United States and to the several States by owners, buyers, and sellers of securities, and (c) prevent the fair valuation of collateral for bank loans and/or obstruct the effective operation of the national banking system and Federal Reserve System.

“National emergencies, which produce widespread unemployment and the dislocation of trade, transportation, and industry, and which burden interstate commerce and adversely affect the general welfare, are precipitated, intensified, and prolonged by manipulation and sudden and unreasonable fluctuations of security prices and by excessive speculation on such exchanges and markets, and to meet such emergencies the Federal Government is put to such great expense as to burden the national credit.”

Corrupt stock markets do, indeed, result in national emergencies and do, indeed, put the Federal Government “to such great expense as to burden the national credit.” As a result of the 2008 Wall Street crash, the U.S. Federal debt has doubled to more than $22 trillion, putting critical spending programs that impact the national interest at risk.

The over-riding concept of the Securities Exchange Act of 1934 was that the U.S. stock market had to be “fair” and provide a level playing field to all market participants. One section of the Act reads: “to remove impediments to and perfect the mechanism of a free and open market and a national market system, and, in general, to protect investors and the public interest; and are not designed to permit unfair discrimination between customers, issuers, brokers, or dealers…”

In a speech on June 3, Brett Redfearn, the Security and Exchange Commission’s (SEC) Director of the Division of Trading and Markets explained the price of admission to today’s U.S. stock market:

“Instead of a trading floor in Manhattan, the locus of exchange trading now is now largely in suburban data centers in places like Mahwah, Secaucus, and Carteret, New Jersey. These data centers contain rows and rows of server racks, and vital trading advantages can go to those trading firms that have their machines ‘co-located’ in these racks. In addition, exchanges now sell a spectrum of data products and connectivity services in their data centers that have helped fuel a low-latency [faster speed] arms race. These include proprietary data products with expansive trading information, as well as low-latency connectivity services, such as 40 Gb cross-connects and microwave transmission of data among geographically dispersed data centers. These data products and connectivity services can shave crucial microseconds off of the latencies of competing brokers and trading firms.

“The cost of the low-latency data products and connectivity services sold by the exchanges can be substantial. Last year, an industry group submitted a petition for rulemaking to the SEC in which it calculated that the cost of obtaining the fastest data and connections to the major exchanges in 2017 was $194,000 per month. The industry group represented that this was an increase from $72,000 only five years earlier…”

What is the SEC doing to level the playing field? Is it outlawing co-location? Is it outlawing faster data feeds for just those who can pay the exorbitant price? Is it mandating a fair and non-discriminatory market as the law requires? No. It is doing absolutely nothing meaningful and has sat on its hands since 2008 — the year of the worst Wall Street crash since the Great Depression.