In today’s United States, the term “espionage” doesn’t get too much use outside of some specific contexts. There is still sporadic talk of industrial espionage, but with regard to Americans’ own efforts to understand the world beyond their borders, they prefer the term “intelligence.” This may be an intelligent choice, or not, depending on how you look at things.

First of all, US “intelligence” is only vaguely related to the game of espionage as it has been traditionally played, and as it is still being played by countries such as Russia and China. Espionage involves collecting and validating strategically vital information and conveying it to just the pertinent decision-makers on your side while keeping the fact that you are collecting and validating it hidden from everyone else. 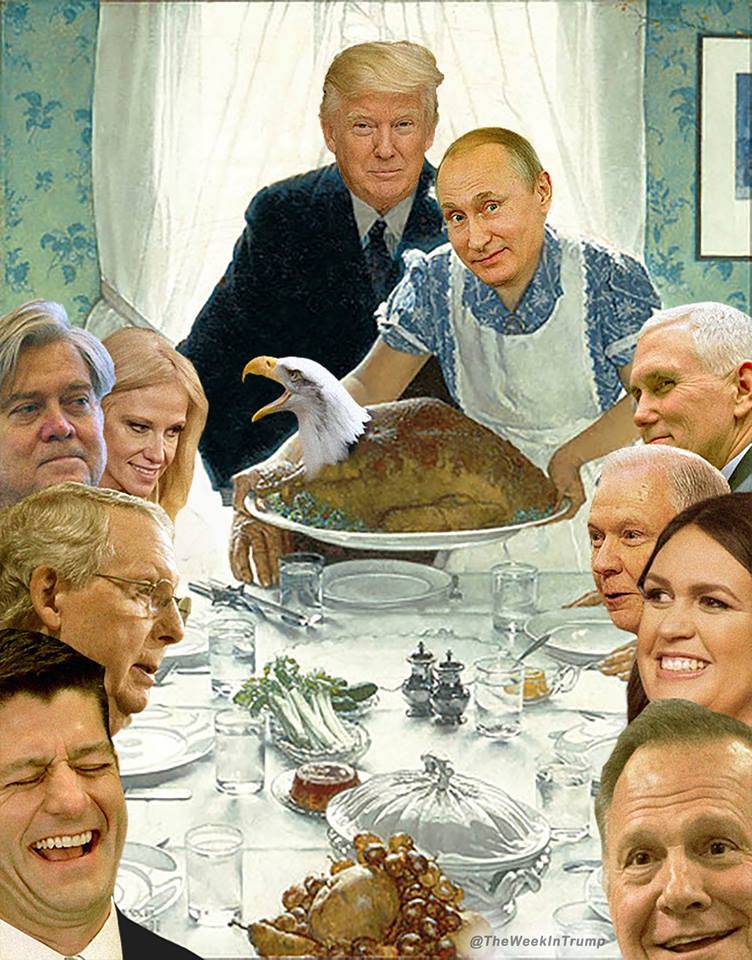 In eras past, a spy, if discovered, would try to bite down on a cyanide capsule; these days torture is considered ungentlemanly, and spies that get caught patiently wait to be exchanged in a spy swap. An unwritten, commonsense rule about spy swaps is that they are done quietly and that those released are never interfered with again because doing so would complicate negotiating future spy swaps.

In recent years, the US intelligence agencies have decided that torturing prisoners is a good idea, but they have mostly been torturing innocent bystanders, not professional spies, sometimes forcing them to invent things, such as “Al Qaeda.” There was no such thing before US intelligence popularized it as a brand among Islamic terrorists.

Most recently, British “special services,” which are a sort of Mini-Me to the to the Dr. Evil that is the US intelligence apparatus, saw it fit to interfere with one of their own spies, Sergei Skripal, a double agent whom they sprung from a Russian jail in a spy swap. They poisoned him using an exotic chemical and then tried to pin the blame on Russia based on no evidence.

There are unlikely to be any more British spy swaps with Russia, and British spies working in Russia should probably be issued good old-fashioned cyanide capsules (since that supposedly super-powerful Novichok stuff the British keep at their “secret” lab in Porton Down doesn’t work right and is only fatal 20% of the time).

There is another unwritten, commonsense rule about spying in general: whatever happens, it needs to be kept out of the courts, because the discovery process of any trial would force the prosecution to divulge sources and methods, making them part of the public record. An alternative is to hold secret tribunals, but since these cannot be independently verified to be following due process and rules of evidence, they don’t add much value.

A different standard applies to traitors; here, sending them through the courts is acceptable and serves a high moral purpose, since here the source is the person on trial and the method—treason—can be divulged without harm. But this logic does not apply to proper, professional spies who are simply doing their jobs, even if they turn out to be double agents. In fact, when counterintelligence discovers a spy, the professional thing to do is to try to recruit him as a double agent or, failing that, to try to use the spy as a channel for injecting disinformation.

Americans have been doing their best to break this rule. Recently, special counsel Robert Mueller indicted a dozen Russian operatives working in Russia for hacking into the DNC mail server and sending the emails to Wikileaks. Meanwhile, said server is nowhere to be found (it’s been misplaced) while the time stamps on the files that were published on Wikileaks show that they were obtained by copying to a thumb drive rather than sending them over the internet. Thus, this was a leak, not a hack, and couldn’t have been done by anyone working remotely from Russia.

Furthermore, it is an exercise in futility for a US official to indict Russian citizens in Russia. They will never stand trial in a US court because of the following clause in the Russian Constitution: “61.1 A citizen of the Russian Federation may not be deported out of Russia or extradited to another state.”

Mueller may summon a panel of constitutional scholars to interpret this sentence, or he can just read it and weep. Yes, the Americans are doing their best to break the unwritten rule against dragging spies through the courts, but their best is nowhere near good enough.

That said, there is no reason to believe that the Russian spies couldn’t have hacked into the DNC mail server. It was probably running Microsoft Windows, and that operating system has more holes in it than a building in downtown Raqqa, Syria after the Americans got done bombing that city to rubble, lots of civilians included. When questioned about this alleged hacking by Fox News, Putin (who had worked as a spy in his previous career) had trouble keeping a straight face and clearly enjoyed the moment.

He pointed out that the hacked/leaked emails showed a clear pattern of wrongdoing: DNC officials conspired to steal the electoral victory in the Democratic Primary from Bernie Sanders, and after this information had been leaked they were forced to resign. If the Russian hack did happen, then it was the Russians working to save American democracy from itself. So, where’s the gratitude? Where’s the love? Oh, and why are the DNC perps not in jail?

Since there exists an agreement between the US and Russia to cooperate on criminal investigations, Putin offered to question the spies indicted by Mueller. He even offered to have Mueller sit in on the proceedings. But in return he wanted to question US officials who may have aided and abetted a convicted felon by the name of William Browder, who is due to begin serving a nine-year sentence in Russia any time now and who, by the way, donated copious amounts of his ill-gotten money to the Hillary Clinton election campaign.

In response, the US Senate passed a resolution to forbid Russians from questioning US officials. And instead of issuing a valid request to have the twelve Russian spies interviewed, at least one US official made the startlingly inane request to have them come to the US instead. Again, which part of 61.1 don’t they understand?

The logic of US officials may be hard to follow, but only if we adhere to the traditional definitions of espionage and counterespionage—“intelligence” in US parlance—which is to provide validated information for the purpose of making informed decisions on best ways of defending the country. But it all makes perfect sense if we disabuse ourselves of such quaint notions and accept the reality of what we can actually observe: the purpose of US “intelligence” is not to come up with or to work with facts but to simply “make shit up.”

The “intelligence” the US intelligence agencies provide can be anything but; in fact, the stupider it is the better, because its purpose is allow unintelligent people to make unintelligent decisions. In fact, they consider facts harmful—be they about Syrian chemical weapons, or conspiring to steal the primary from Bernie Sanders, or Iraqi weapons of mass destruction, or the whereabouts of Osama Bin Laden—because facts require accuracy and rigor while they prefer to dwell in the realm of pure fantasy and whimsy. In this, their actual objective is easily discernible.

The objective of US intelligence is to suck all remaining wealth out of the US and its allies and pocket as much of it as possible while pretending to defend it from phantom aggressors by squandering nonexistent (borrowed) financial resources on ineffective and overpriced military operations and weapons systems. Where the aggressors are not phantom, they are specially organized for the purpose of having someone to fight: “moderate” terrorists and so on.

One major advancement in their state of the art has been in moving from real false flag operations, à la 9/11, to fake false flag operations, à la fake East Gouta chemical attack in Syria (since fully discredited). The Russian election meddling story is perhaps the final step in this evolution: no New York skyscrapers or Syrian children were harmed in the process of concocting this fake narrative, and it can be kept alive seemingly forever purely through the furious effort of numerous flapping lips. It is now a pure confidence scam. If you are less then impressed with their invented narratives, then you are a conspiracy theorist or, in the latest revision, a traitor.

Trump was recently questioned as to whether he trusted US intelligence. He waffled. A light-hearted answer would have been:

“What sort of idiot are you to ask me such a stupid question? Of course they are lying! They were caught lying more than once, and therefore they can never be trusted again. In order to claim that they are not currently lying, you have to determine when it was that they stopped lying, and that they haven’t lied since. And that, based on the information that is available, is an impossible task.”

A more serious, matter-of-fact answer would have been:

“The US intelligence agencies made an outrageous claim: that I colluded with Russia to rig the outcome of the 2016 presidential election. The burden of proof is on them. They are yet to prove their case in a court of law, which is the only place where the matter can legitimately be settled, if it can be settled at all. Until that happens, we must treat their claim as conspiracy theory, not as fact.”

And a hardcore, deadpan answer would have been: