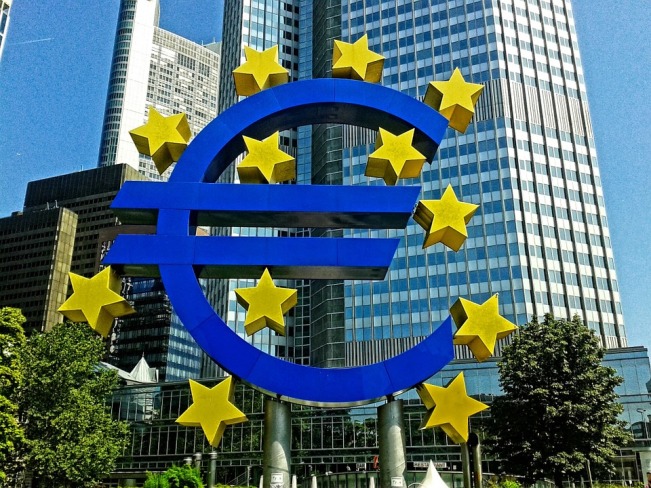 For practically twenty years now since September 1999, a cartel of central banks in Europe have been running a coordinated scheme in the gold market. Officially known as the Central Bank Gold Agreements (CBGAs), the agreements have taken the shape of rolling five-year periods (CBGA1, CBGA2, CBGA3 and CBGA4) in which the central bank syndicate members claim to coordinate their physical gold sales for the altruistic ‘benefit’ of helping the wider gold market and limiting gold sales.

While taken at face value by the mainstream financial media and the World Gold Council (WGC) as a set of agreements to remove uncertainty from the market and put a floor under the gold price, there has never been any investigation from the same media and WGC as to:

whether the gold sales which the central banks claim to be planning in each five year period have already taken place with the planned sales merely being book squaring exercises;

whether the CBGA agreements might be a ‘hidden in plain sight’ way to re-distribute gold holdings among the world’s central banks as global monetary power has shifted east;

whether the CBGA agreements might be a ‘hidden in plain sight’ mechanism to use western central bank (G10) gold holdings as partial payments in Saudi ‘gold for oil’ transactions;

whether the CBGAs are a gold pool mechanism to firefight physical gold bar shortages at LBMA bullion banks.

Now that the fourth CBGA is about to run out (at the end of September 2019), the most compelling question right now is whether this central bank cartel will ride again for another five years, i.e. whether there be a fifth CBGA spanning 2019 up to September 2024. As of the time of writing there has not been any renewal announcement.

The reason for the renewal delay in 2009 looks to have been connected to the cartel waiting for the go ahead from the IMF regarding 403 tonnes of IMF gold sales which were officially clarified around about that time. But this now begs the question, if there is to be a renewal of the current CBGA, why is it being delayed right now? Will there be a new CBGA? Is it even necessary? Have there been further gold outflows from the same central banks in the last five years which need to now be accounted for? Whatever the case, if there is to be renewal announcement forthcoming this year, expect it to come out in the next few weeks. 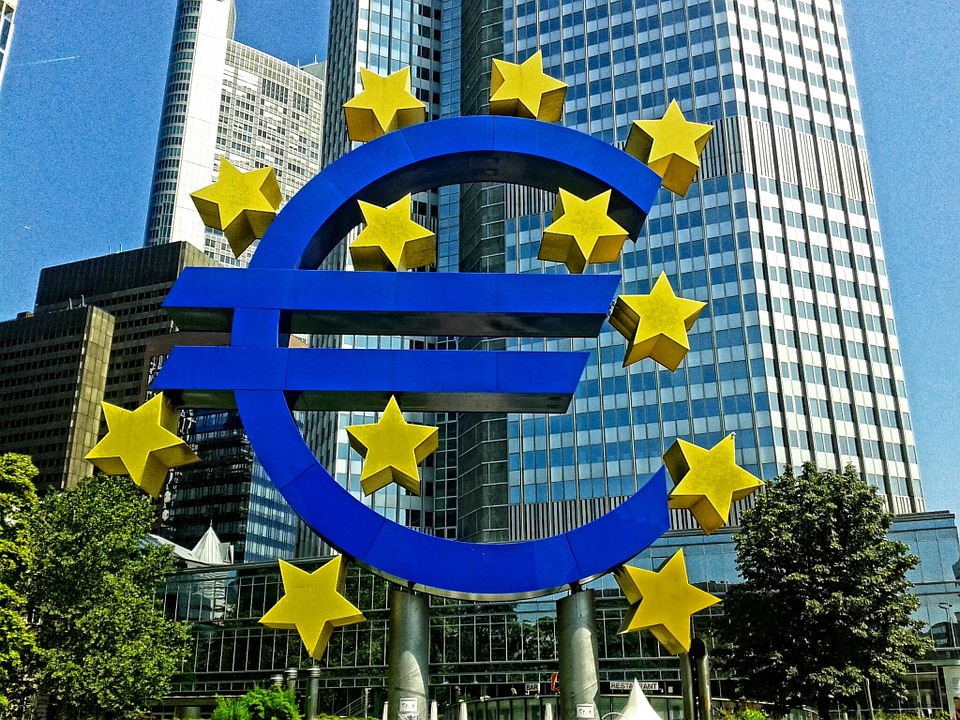 Despite all the hot air and puff written by the World Gold Council and financial media about the various Central Bank Gold Agreements over the last 20 years, the texts of the 4 announcements to date have been very short and concise, and it is to these texts that we must turn if we are to make some sense of what the signatory central banks are really up to.

Taking CBGA1 as a template, this first agreement was announced on 26 September 1999 during, surprise, surprise, the annual meeting of the International Monetary Fund (IMF) in Washington DC, and for this reason it is also known as the ‘Washington Agreement on Gold’.

CBGA1 was signed by 15 central banks from Europe, including 11 Eurozone member banks such as the Bundesbank, the Banque de France and Banca Italia, the European Central Bank (ECB) itself, as well as the Swedish Riksbank, the Bank of England and the Swiss National Bank. Although the US did not officially take part, its is significant that CBGA1 was announced in Washington. It is also significant that CBGA1 was announced just as the Euro was being launched, a time when European central banks were pulling back from gold lending.

Formed of a nexus of the members of the former London Gold Pool (Switzerland, Germany, France, Italy, Netherlands, Belgium, the UK) and also populated by most of the the G10 and G7 central banks, the core group of the current Central Bank Gold Agreement cartel also reads like a late 90s version of the same secretive central banks which met at the Bank of International Settlements (BIS) in 1979 and the early 1980s to hatch a plan for a secretive new 1980s gold pool.

In CBGA1, the signatory central banks revealed that even at the announcement date on 26 September 1999 they had already ‘decided’ the gold sales that they claimed they would be making over the subsequent five years, and that this would amount to about 2000 tonnes. The text of CBGA1 is as follows:

1. Gold will remain an important element of global monetary reserves.

2. The undersigned institutions will not enter the market as sellers, with the exception of already decided sales.

4. The signatories to this agreement have agreed not to expand their gold leasings and their use of gold futures and options over this period.

5. This agreement will be reviewed after five years.

Unsurprisingly lauded by the World Gold Council as introducing transparency into the gold market, CBGA1 does nothing of the sort, but does cleverly:

– Allow the cartel to psychologically put gold sales on the table

– Reiterate to the general market that this is a selling syndicate whose gold holdings are an overhang of global supply.

Given that it was signaled by the ‘already decided sales’ wording, the combined signatory central banks of CBGA1 covering the five year period up September 2004, did predictably fill their planned quota of exactly 2000 tonnes over five years, with the sales being mainly attributed to Switzerland (more than 1200 tonnes), the UK (nearly 300 tonnes), and also Austria, the Netherlands and Portugal, and to a lessor extent France and Germany.

During the same time from 26 September 1999 to 26 September 2004, the US dollar gold price rose by 50% from US$ 273 to US$ 411. Not very shrewd timing by these central banks to sell gold, unless you understand that the real sales had already been made and the gold claimed to be sold had already left the vaults before CBGA1 began.

If you needed to square off unannounced sales of 2000 tonnes of gold from 1990s gold loans and book these as sales, or redistribute gold to the People’s Bank of China, the middle eastern oil producers, or to physical gold short bullion banks, what better way to do it than pretend you are helping the gold market to “limit gold bar sales into the market”, when actually shifting huge quantities of gold off western central bank balance sheets that had previously exited from western central bank vaults. And all during a time when the gold price was rising significantly.

When CBGA2 was announced in March 2004, the Bank of England, a signatory to CBGA1, was noted for its absence, while the Bank of Greece, which had by then joined the Euro, also signed up to the CBGA consortium. Most importantly, in 2004 the cartel members upped the five-year sales program limit to 2500 tonnes, or 500 tonnes per year, while maintaining their outstanding gold lending and gold derivatives activities. Not very altruistic behavior from a central bank cartel which claims to have the best interests of the broader gold market in mind.

Between 2004 and September 2009, the ECB, France, and Switzerland were the three main gold sellers, with additional gold sales from Spain, the Netherlands, Sweden and Portugal. Over this second five year period, another 1900 tonnes of gold was claimed to be shifted out of these European central banks, front-loaded between 2004-2008. This was during a time when the US dollar gold price rose by 142%. Not a great time to sell gold, wouldn’t you agree. Unless the gold had already been disposed of years before.

The wording of the 2nd CBGA announcement also referred to “gold sales already decided and to be decided” and “already decided sales“. The question is – decided when? Ita a fact that all of the Swiss gold sales had already been decided before CBGA1 in the second half of the 1990s with the SNB initially using the BIS trading desk to square off the first tranches of ‘sales’. For example, see section “Gold Sales 2000 – 2008”  of the Swiss National Bank (SNB) here:

“These gold sales programs were pre-planned in the 1990s by the SNB and elements within the Swiss Government even though the central bank at that time did not have authorisation to sell any gold. However, through a series of manoeuvres, this ‘sell gold’ contingent within the Swiss central bank and finance ministry axis succeeded in convincing the Swiss government and people to self-detonate their nation’s store of wealth.”

Staying with the assumption that the second batch of gold sales had also already taken place in the 1900s, when did nearly 4000 tonnes of gold (2000 tonnes claimed to be sold between 2000 – 2004 in CBGA1 and 1900 tonnes claimed to be sold between 2004-2009 in CBGA2) actually flow out of western central bank gold vaults such as the gold vaults of the FRB in New York? The answer, according to analysis by the perceptive ‘Victor‘ was in the 1980s and 1990s. See section 3 and section 4 of “Central Bank Gold Leasing” here, in which he explains his theory:

“The central banks of the Eurosystem had sold and leased a substantial amount of gold as of 1999. Some of this gold had been allocated to new owners before 1999. But these central banks have not given up title to any of their gold ever since. All official gold sales by these central banks after 1999 were only on paper, closing an open lease and not demanding the gold back.“