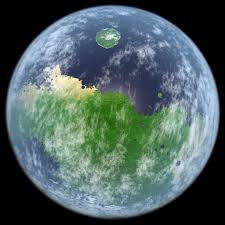 I am also a believer in predictive programming in our mainstream media. For some reason that I have not been able to fully figure out, but I have ample evidence to know that the globalists (ie Satanists) tell us what’s coming and they often do so through entertainment.

When one examines the subject of terraforming the Earth, its people and its resources for the purpose of total depopulation, there was not a better movie to illustrate the marriage between the two variables of depopulation and terraforming than the 1997 movie, The Arrival.

In the 1997 movie, The Arrival, NASA scientist, Zane Zaminsky. played by actor, Charlie Sheen,  routinely swept the night skies  skies for signs of extraterrestrial electromagnetic transmissions. Frustrated by the lack of results, Zaminsky  decides to try a novel approach as he sets the large radio antenna to 107 on the FM dial and promptly picks up a big spike from the star labeled, Wolf 336. Zaminky takes the transmission to Phil Gordian, his superior at NASA. Gordian is not impressed, but Gordian is really an alien and disturbed by Zaminsky’s discovery. In fact, he immediately informs Zaminsky that due to budget cut-backs he has been terminated. After Zaminsky leaves NASA, Gordian destroys the tape. Shortly after, some men show up at the radio telescope and confiscate all the files and a typical sci-fi thriller is set into motion.

The fix is in as Zaminsky’s co-worker dies in a house fire. Zaminsky decides to investigate as  he equips his house with a phased array using several home satellite dishes. His efforts prove fruitful as he  receives yet another transmission. Zaminsky is able to determine that the the interlaced signal emanates with a regular FM signal from Mexico. Zaminsky becomes a one man investigative team and travels to the radio station only to find it burned to the ground as well. As Zaminsky searches for the radio dish that sent the second signal, he comes upon another scientist who is investigating a rapid global warming effect localized in central Mexico. At the time, she is being accosted by some security guards from a nearby power plant. Eventually, a power plant official lets them both go. Later that evening the scientist is murdered to cover up what is going on. Zaminsky sneaks into the power plant. Inside, he finds an immense underground “green-house gas” generator that is terraforming the planet. Zaminsky discovers that the alien presence as gained more than a foothold and the aliens,already on the planet, have created twenty such plants in third-world countries to change the atmosphere of the Earth and make it suitable for colonization in only ten years. Zaminsky confronts Gordian with this information. He assumes that Gordian is an alien and manages to get Gordian on video tape admitting to the plan.

After a final climactic scene at the radio telescope, Zaminsky does manage to transmit the tape to a weather satellite that is constantly recorded by fifty television stations, thereby spreading the word about the aliens. The aliens goal is destroy the planet for human habitation and make it suitable for their “arrival. Now, this article is not about aliens.in the traditional sense of the word, but it is about the possibility that someone/something, for some reason, is terraforming the planet.

America’s most prominent scientist, Dr. Michio Kaku, has come out and boldly stated that Fukushima is an extinction level event.

TEPCO is dumping all available radiation in the Pacific Ocean. This could be an extinction level event.[/caption] Terraforming is a phrase that is often used by NASA to describe the effects of producing massive amounts of CO2 designed to make an atmosphere, like Mars, more like the atmosphere on earth. Therefore, terraforming simply refers to transforming the environment for a specific political or military purpose. And that is precisely what is going on with our planet today.

So, TEPCO’s solution is to endanger the entire planet? Why is this being done? The ocean, as Kaku pointed out is dying. Nearly one-third of the ocean cannot produce food. Marine life is presently going through the greatest holocaust on the planet. Why? Because when the food supply is largely eradicated from the planet, then the “fun” begins from a globalist perspective! Mankind will largely be starved to death and the planet will go through a massive human depopulation Oceans cover nearly 75% of the earth’s surface. However, because ocean water is salty, most animals and plants living on land cannot drink it. 16% of world animal protein consumption by humans comes from fish. But the problem is much greater that the 16% figure! As Fukushima’s radiation becomes embedded in the weather patterns and ultimately in the transpiration cycle, the planet’s food supply is being poisoned on every continent. If one thinks that the entire problem is limited to Fukushima, the massive amount of corexit that is still being sprayed in the Gulf of Mexico, has had the same impact on weather and crops. This is something that I have covered several times on this site. We have not even mentioned the impact of chemtrails which has reduced the sunlight reaching the earth by nearly 20%. This greatly reduces crop yield. We are living out the movie, The Arrival. But in our case, the aliens, so to speak, come from the marriage of Satan and the New World Order, and they just met at the Bilderberg Conference.

Transhumanism: The Ultimate Terraforming of the Species

Predictive programming is something that has interested me as the movie, Man of Steel, revealed much in the opening 30 minutes of the movie, it was revealed that every resident of Krypton had certain genes “turned on” and certain genes “turned off”. And everyone from Krypton, except for Superman, had been artificially bred for specific purposes. Live births were a thing of the past. Have you noticed that every lifestyle promoted by the globalists has an anti-fertility component to it? This is what humanity is quickly moving towards and unless you are the elite, you will be bred, dumbed down if needed, to serve a purpose for the global elite.

Chemtrails and Dimming the Sun

Chemtrails are largely responsible for the explosion in such debilitating illnesses such as Dementia and Alzheimer’s. A full 18% of the Earth’s sunlight is not being blocked from reaching the planet. Now, as I have recently covered, the globalists have a new plan, it is called the “Dimming the sun”, though the dispersion of chemical particles in the Stratosphere, in which the globalists admit that Chemtrails are real and the strategy is designed to block sunlight from reaching the earth and will limit crop yield. This, too, will lead eventually lead to mass starvation events which, in turn will lead to depopulation. If one is familiar with the major tenet of the New World Order, one will quickly recognize the importance and accuracy of calling attention to this event.GMO’s and many vaccinations accomplish the same goal.  Anything that intentionally interferes with crop yield is embracing, not just terraforming of the food supply, but the depopulation through the aforementioned diseases.