The State Department identified at least 30 separate security breaches during its investigation into former Secretary of State Hillary Clinton’s use of a private email server, the agency recently disclosed.

In a letter to Iowa Sen. Chuck Grassley, a State Department official said that at least 15 State Department employees were responsible for 23 violations and seven security infractions related to Clinton’s server.

The FBI investigated whether Clinton mishandled classified information by sending and receiving classified emails on a private server that she kept at her residence in New York. The FBI found that Clinton was “extremely careless” in using the server, but ultimately decided not to recommend that she be charged with a crime. (RELATED: Obama White House Tracked FOIA Request For Hillary’s Emails That Was Improperly Denied)

The State Department continued its internal review of the Clinton server after the FBI ended its investigation, according to the letter to Grassley. Clinton’s State Department aides, including Cheryl Mills and Huma Abedin, were aware that she exclusively used the server. Clinton and her aides exchanged thousands of classified emails while she was in office, including more than two dozen that were found to have top-secret information.

Grassley, the chairman of the Senate Finance Committee, had asked the State Department on Jan. 30 to identify any individuals who violated agency rules in the handling of Clinton’s server.

Mary Elizabeth Taylor, the assistant secretary of state for legislative affairs, told Grassley in the recent letter that the number of security violations is likely to increase as the internal review continues. 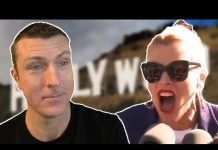