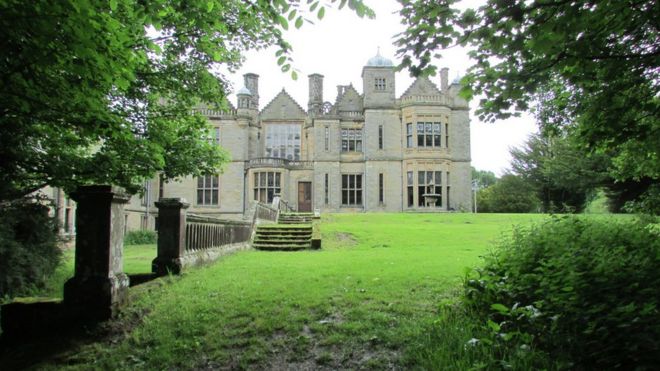 A child abuse inquiry witness has told how he was raped by priests during “satanic” drink-fuelled sex parties.

Dave Sharp also described a catalogue of sexual, physical and emotional violence at St Ninian’s in Falkland, Fife, between 1971 and 1975.

Mr Sharp, from Glasgow, said the abuse had left him with “lifelong trauma”.

The independent Scottish Child Abuse inquiry is looking in detail at historical abuse of children in residential care.

Mr Sharp urged inquiry chairwoman Lady Smith, to piece together the “jigsaw” of victims’ accounts and called for a “national discussion” on the subject.

The 60-year-old, who has waived his right to anonymity, was put into care after his mother died when he was aged one.

He stayed in several institutions before going to the Catholic-run care home in Fife.

He told how he was groomed by one of the religious brothers, who would tell him he loved him, which “no-one had ever done” before.

The inquiry heard the then-12-year-old was later raped.

Most of the abuse was said to have taken place in the shower rooms, where the witness would be made to stand in the dark through the night as a punishment.

One attack came after he had asked about the whereabouts of a friend who had disappeared. It was later discovered the boy had taken his own life.

Mr Sharp said he was taken to the shower room by a drunken religious brother, tied-up and gagged.

The witness claimed he was hung by a cord, threatened with murder if he spoke out and was then raped.

He added: “It was from that day everything I did was under his complete and utter control.”

The inquiry heard “two or three” boys were trafficked around Scotland and Ireland at a time to be used in drink-fuelled sex parties, which he described as “satanic”.

One occasion in Ireland was said to have involved 10 men taking turns to rape the boys.

It was heard priests were among those involved and incidents took place over the duration of his time at St Ninian’s, which was run by religious order the Christian Brothers.

He left the home aged 16 without “any memory other than continually being abused”.

It was then that he found out he had a family, but he did not settle and became dependent on drugs and alcohol.

He said he struggled with a “£100-a-day” habit for up to 25 years and attempted to kill himself on numerous occasions.

BREAKING: Mike Lindell Visits Trump in White House – Then Media Captures Pictures of His Notes to President Referring to Crimes and Insurrection Act