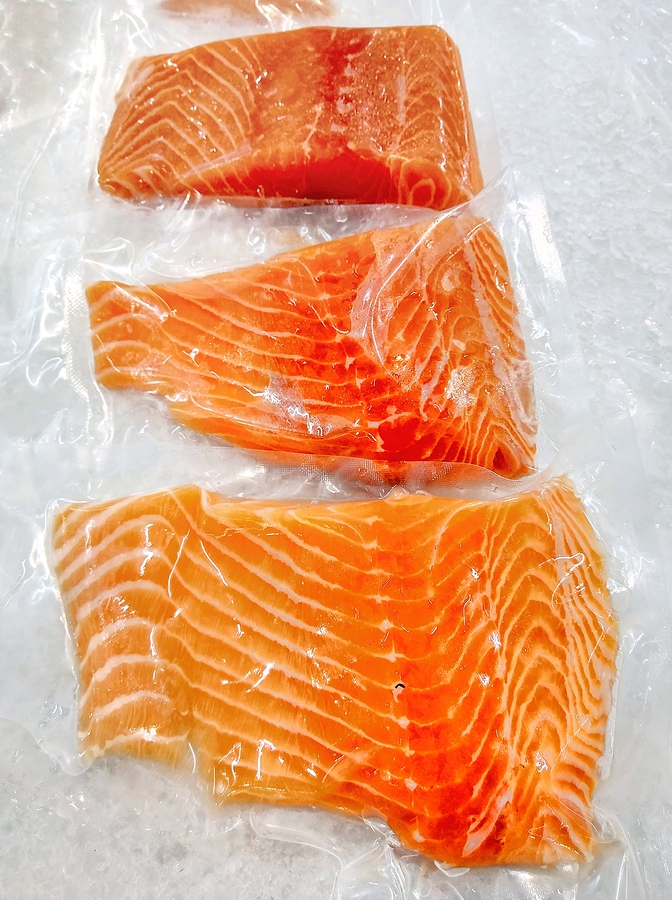 A fish hatchery in Indiana is set to raise the nation’s first genetically engineered animal for human consumption – genetically engineered salmon. The gene-altered fish is approved by the U.S. Food and Drug Administration (USDA), and bred by AquaBounty Technologies, a Massachusetts-based biotechnology company.

AquaBounty altered the genetic makeup of the atlantic Salmon to include a gene from Chinook salmon and the DNA sequence from an eel-like species know as an ocean pout, resulting in a salmon that grows to market size about twice as fast as its natural counterpart.

The company already breeds the salmon in Canada, and last week received its first batch of bioengineered eggs at its indoor facility, located in Albany, Indiana. They expect their genetically engineered salmon fillets to debut in U.S. supermarkets in late 2020. AquaBounty’s choice of Indiana for their salmon facility is a significant moment for the Midwest region. Known for their strength in agriculture, their land-based fish farming operations consistently struggle to survive.

AquaBounty purchased the complex about 10 miles northeast of Muncie where yellow perch and steelhead trout had previously been raised and renovated it for Atlantic salmon. Before Wednesday’s shipment, the 16-person staff, which includes factory workers who were laid off in recent years, had been overseeing 100,000 conventional Atlantic salmon from eggs until they reach market size. With around 150,000 bioengineered eggs currently inside the facility’s incubator trays, production is expected to grow.1

According to industry experts, genetically engineered commercial fish production method (known as aquaculture) is crucial in order to feed our planet’s expanding population at a time when rising seafood demands are more than wild fisheries can keep up with (due to many factors, like over-fishing, climate change and pollution.)

The U.S. currently imports more than 90% of its seafood, and its seafood trade deficit is $16 billion dollars. Supporters of aquaculture anticipate the rollout of genetically engineered fish will help promote the industry in the United States. William Muir, a professor emeritus at Purdue University, has researched genetically modified animals. He stated:

“Because this fish grows faster, you can use the same facility and produce twice as much product, and the overhead cost is halved. That’s really where we’re going with it: Can we produce fish more cheaply? The fact is, aquaculture is expensive and it’s not competitive with ocean-caught fish, because the ocean is free. But if you can produce salmon cheaply inland, large urban centers like Chicago would love to have fresh salmon next door.”1

However, many consumer groups remain steadfastly opposed to the product they have rejected as “Frankenfish,” and have been staunch crusaders against AquaBounty, pressuring many retailers to pledge not to carry their genetically modified organisms. Megan Westgate, executive director of Washington state-based nonprofit The Non-GMO Projectsaid:

“This is purely a commercial decision to make the fish grow faster. They’ve succeeded in proving that desired trait. But there’s no benefit to the consumer or the environment. I think that’s why a lot of average people would rather eat salmon as nature intended.”1

The FDA claims AquaBounty salmon and conventional salmon are both safe to eat, and say that so far there is no scientific data suggesting that genetically modified organisms (GMO’s) are detrimental to the health of humans. And Muir, who used government data to study the dangers of wild salmon being exposed to the genetically modified salmon, declared that “many of the fears surrounding GMO foods are overblown.”1

“These people who are anti-GMO are not data-driven, they are agenda-driven. And their agenda was to make sure a GMO product was never on a dinner plate,” he said.1

A Digital “Fedcoin” May Be Coming… And It Would Be Terrifying