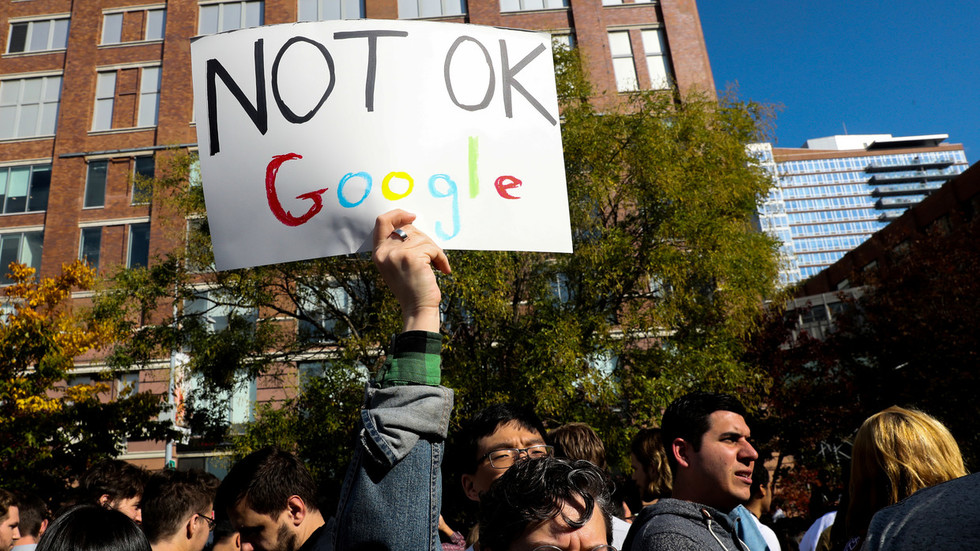 An exhaustive “how-to” guide for Google employees who’d like to protest but don’t know how has been leaked by Project Veritas, further destroying the company’s claims it is apolitical after the leak of an incriminating video.

Titled “The Beginner’s Guide to Protesting (#GooglersUnite),” the document instructs burgeoning activists in everything from protest chants to proper protesting attire. Its stated purpose is to “ensure that everyone feels comfortable and pumped about Resist@Google.com marches/protests” – suggesting that such activism was not only encouraged by Google but also backed by the company, using company resources.

While it’s unclear how extensively the document was circulated inside Google, the use of company email to organize protests and the fact that ready-to-print protest signs were stored on company servers appear to directly contradict Google’s protestations that the company is ideologically neutral. It clearly refers to multiple protests – employees are advised to “debrief afterwards with resist@google.com” to discuss what could be “improved for next time.”

The document lists example slogans employees might use on their protest signs, including “No Ban No Wall,”“Refugees Welcome,”“Resist,”“#GooglersUnite,” and “Don’t Be Evil,” the increasingly ironic motto Google quietly discarded during a 2015 reorganization. It even offers a list of possible chants, similarly geared toward opposing immigration restrictions, with the admonition that “there’s nothing more sad than when a protest looks like a quiet group of folks hobbling through the streets.” Thus Google is not just encouraging employees to protest, but telling them what to protest.

While CEO Sundar Pichai has insisted “we do not bias our products to favor any political agenda,” Googler Jen Gennai was caught on hidden camera discussing how the company was working to prevent another “Trump situation” in 2020, and another employee was filmed explaining how the company’s Orwellian “fairness” algorithm alters search results to correct reality’s “bias,” in a video released earlier this week by Project Veritas. That video was removed from YouTube, which is owned by Google, due to a “privacy claim by a third party.”

The protest email, along with another email leaked by Project Veritas this week in which the company’s “transparency and ethics” group suggests content by popular conservative channels PragerU, Jordan Peterson, and Ben Shapiro should be disabled from YouTube’s suggestion feature because they are “nazis,” belies Pichai’s protestations, as well as Gennai’s insistence that she was merely goaded into using “imprecise language” in the leaked video.