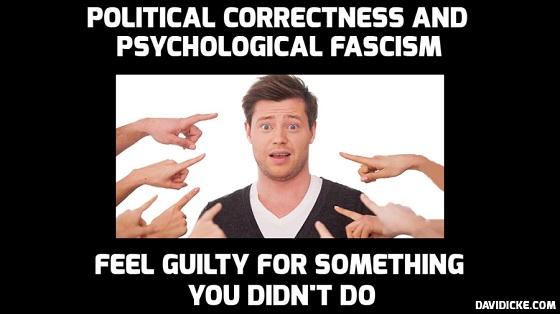 Racial neutrality was becoming an entrenched aspect in the populist general culture. Yet, the faction of continuing tribal dissention, once again, raised its Identity discontent to keep and widen the gap among varied sub groups. Slavery has never been limited to people of African descent. But to suffer through the repetitive diatribe that Blacks deserve sole recompense for their distress because of the color of their skin is offensive to any advocate of sincere social justice. By any objective standard the last half century since the racial riots that burned urban centers of rebellion; the advancement of Afro-Americans improved in most aspects. Those who assimilated into the mainstream culture usually shared the benefits of unification. However, the lingering resentment that eats away at achieving civil co-existence is brought up whenever it is politically opportune for the power hungry race baiters.

When Democrat ringleaders crack the leash on the descendants of African tribes, who originally sold their rivals into slavery, they omit their own role in the bondage traffic history. But when it is convenient to exploit the naïve, uninitiated or primitive; the careerist political scoundrels are eager to foster bickering and wrangling.

Reparations for one minority imply that other groups would demand the same settlement for themselves. What is absent in this equation of social maltreatment is that our entire society is subjugated under the captivity of elitist tyranny, which crosses and includes all races and creeds.

Putting the reparation rip-off into proper context is required to understand the real nature of this latest insult. From the Strappado Wrack series, Reparations for the Real Slaves?

“To the point with the clarity of frankness. Who cares about the offenses of past generations when we are embroiled with a continued assault against our own dignity, in the here and now! Only those who are weak, foolish or plain stupid will buy into the scam that society will be cleansed when the sons are held to pay for the sins of the fathers. Those people, who live under the demented influence of the con artist that seeks political gain and influence through manipulation and distortion, are the sheeple who make our modern day slavery just as hideous as that served up by the overseer. The pain may not be administered directly by the whip or the submission achieved by the linking of chains, but in today’s perverted ‘PC’ environment, the abuser pursues compliance under the guise of social responsibility.”

The appalling affront to any civilized citizen, and especially to the progeny of all those past ‘victims’, accepting reparations for the practice of the past, will never attain closure.

Read the Sam Younnokis assessment in his essay, Reparations would repair nothing.

“Reparations also cheapen the lives of the original slaves.  Who among the potential beneficiaries is going to say, no matter how much reparations might be specifically paid to them, “OK, that’s enough, it’s okay that you abused my ancestors, beat them and raped them, and worked them in inhumane conditions.  We’re good now.”  Wouldn’t that restore his dead ancestors to being slaves, agreeing that a life can be bought, but the price has to be adequate?  If human lives are of infinite value, then reparations have to go on forever.  But if that happens, then the citizens providing the tax dollars are turned into slaves.  We might hypothetically pay off our $20T-plus national debt, but how do you pay off the history of slavery without bringing slavery back for the payers or the original slaves?”

The opening and entry found in participating within commercial economic enterprises has provided a path for realizing access to proportionate opportunity in a competitive marketplace. This is the answer to upward mobility for anyone who wants to improve their lot in life. In spite of this, the demigod race card revivalists preach their false guilt and shout their fire and brimstone to pervert the culture for their extortion scheme.

Funny, the African-American community has collectively prospered significantly under President Trump. Income is up and rising, unemployment at lowest level ever and advancement within business organizations are expanding. Under such circumstances, what better time is there to resurrect the reparation canard? Let’s get real. Only an idiot would accept the continued lies from a jive Congress who only cares about imposing their own form of enslavement upon the American public.

Government solutions and redistribution of wealth is a self-defeating formula. Any application of reparations would shackle future ages with unjust tax burdens that successful Blacks understand. The reason for this conclusion is that the next cause will demand that reverse discrimination, for allotting some arbitrary compensation from several former generations, would start a rush from other groups to call for their own subsidies.

Politicians who argue that reparations are a moral issue are frauds. They cheat their constituency with cheap promises that insult any thinking voter. Yet, the charlatans in Congress demonstrate their hideous disregard for facts and risks as stated in the account, Black Writer Booed After Delivering Powerful Testimony Against Reparations.

“Liberal “tolerance” was on full display Wednesday during a Democrat-led congressional hearing after a black writer provided logical reasons for why reparations are not a great idea for the black community.

Coleman Hughes, a columnist for Quillette, testified during the hearing and raised a number of incredibly thoughtful and powerful points.

However, they fell on angry, deaf ears as many in the audience at the public hearing booed the writer for not getting on board with a reparations bill introduced by Democratic Rep. Sheila Jackson Lee of Texas.”