A public policy organization focusing on the American military’s readiness is accusing leadership in the Pentagon of defying the president.

They’re doing this by implementing practices for transgenders that appear to be in opposition to the president’s orders on the matter of transgenders in the military, according to a report from the Center For Military Readiness.

That group is an independent, non-partisan, public policy organization with the mission of reporting on and analyzing military/social issues. It promotes high standards and sound priorities in the making of military personnel policies, and takes the lead in defending elements of military culture that are essential for morale and readiness in the all-volunteer force.

But the group’s new report states that there are problems developing.

It was only three years ago that Barack Obama rejected years of precedent and literally opened the doors of the U.S. military for those diagnosed with gender dysphoria, or other issues.

He said transgenders could openly serve in the military – in the gender they choose at the time.

Trump issued an order reversing Obama’s agenda point, but the CMR notes there is a defiance going on.

For example, the report said, Vice Adm. Robert Burke, the chief of naval personnel who has been confirmed as the next Vice-CNO, recently announced a permissive dress code that attempts to circumvent the policy regarding persons who identify as transgender.

“Admiral Burke’s policy statement indicates that transgender personnel may ‘live socially’ in their ‘preferred gender’ and ‘express themselves off-duty in their preferred gender’ when not in uniform. This problematic policy disregards DTM 19-004, which announced implementation of the Trump/Mattis policy on April 12. The directive clearly states that transgender persons are expected ‘to adhere to all applicable standards, including the standards associated with their biological sex,’” the report said.

“Contrary to expectations from transgender activist groups, military service does not allow individuals to dress and express themselves as they choose. Extension of Burke’s rogue policy to all services and all personnel would have the effect of increasing inappropriate behavior that weakens morale, discipline, and mission readiness,” it said.

Also, the report warned, “Sexual expression on ships and military bases, which can take many forms, invites voluntary sexual misconduct that brings discredit to the service.”

It cited a situation in August 2018 when the Navy Times “photographed a Yeoman 3rd Class performing a drag queen strip-dance wearing a wig, tights, and red high heels in front of other off-duty sailors aboard the USS Ronald Reagan.”

“If a male sailor can perform a sexually charged drag strip-dance on the USS Reagan, and if personal conduct rules no longer apply after-hours, male and female heterosexual personnel surely will claim comparable opportunities to express their own sexuality while off-duty, regardless of the impact on others,” the report warned.

“There are no indications that anyone questioned the judgment of the former CO of the USS Reagan, Capt. Michael Donnelly, who allowed the male sailor to dance in drag on his ship. Additional news reports have demonstrated the point that all forms of sexual misconduct, both voluntary and involuntary, are harmful to morale, discipline, and cohesion.”

“Public statements of the state governors involved betray confusion and misinformation about the Trump/Mattis policy, which is based on the medical condition gender dysphoria, not the status of transgenders as a class. Tolerating the governors’ defiance could cause operational problems when National Guard units are brought under federal control, and similar defiance in additional states,” the report said. 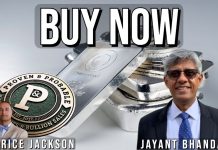