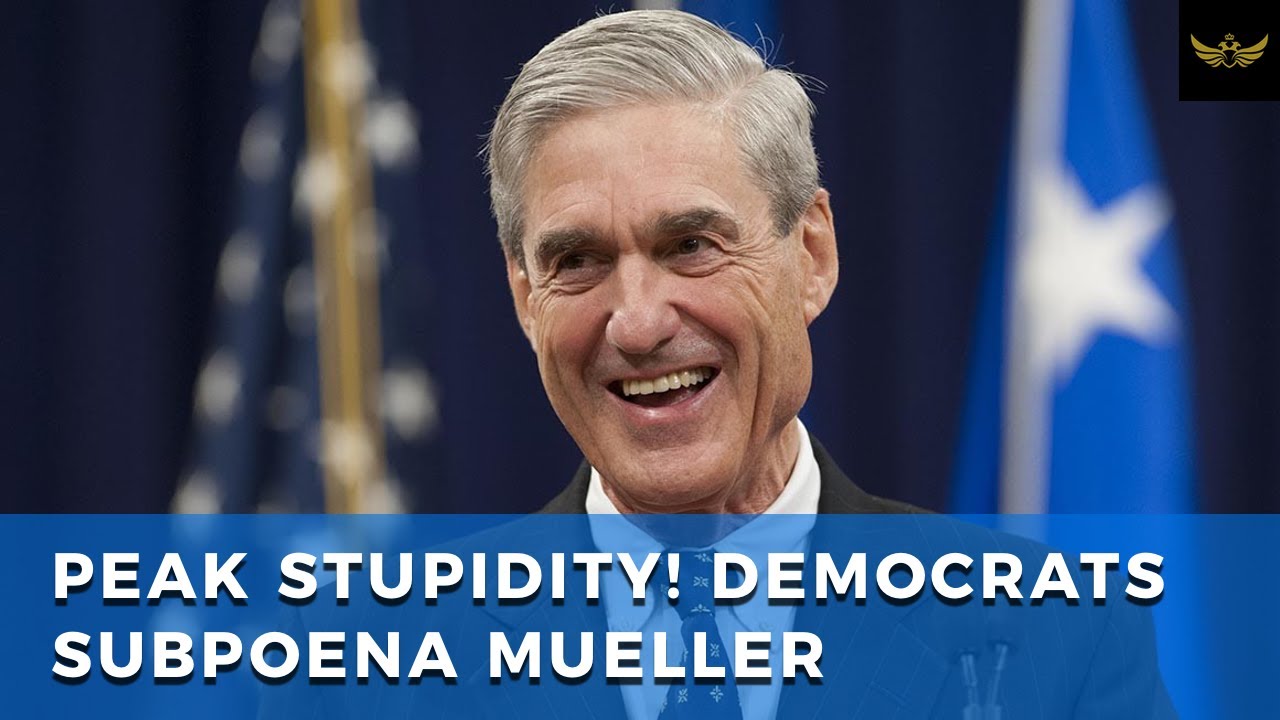 The Duran’s Alex Christoforou and Editor-in-Chief Alexander Mercouris discuss the clown show that the Democrats Congress refuse to let go of.

Robert Mueller, author of the 400 page plus report into Trump’s alleged collusion with Russia to steal the election away from the Clinton Mafia, has now been subpoenaed to testify on July 17 and magically reveal that Donald Trump was indeed a KGB asset.

The chairman of the House Judiciary Committee says he expects special counsel Robert Mueller to have “a profound impact” when he testifies before Congress on July 17, even though Mueller has said he won’t provide any new information.

Mueller’s unusual back-to-back testimony in front of the House Judiciary and Intelligence committees is likely to be the most highly anticipated congressional hearing in years, particularly given Mueller’s resolute silence throughout his two-year investigation into Russian contacts with President Donald Trump’s campaign . Democrats negotiated for more than two months to obtain the testimony, hoping to focus public attention on the special counsel’s 448-page report that they believe most Americans have not read.

“I think just if he says what was in the report and says it to the American people so they hear it, that will be very, very important,” Judiciary Committee Chairman Jerrold Nadler told reporters Wednesday. “Whether he goes further than that, we’ll see.”

Nadler said he thinks Mueller will be a compelling witness given the nature of the report, which detailed Russian interference in the 2016 presidential election and reviewed several episodes in which Trump tried to influence Mueller’s probe. He said he believes the hearing will have a “profound impact” because many people haven’t read the report and don’t know what’s in it.

It will also be the first time Mueller has responded to questions since he was appointed special counsel in May 2017. Throughout his investigation, Mueller never responded to angry, public attacks from Trump, nor did he ever personally join his prosecutors in court or make announcements of criminal charges from the team. His sole public statement came from the Justice Department podium last month as he announced his departure, when he sought to explain his decision not to indict Trump or to accuse him of criminal conduct.

He also put lawmakers on notice that he was not eager to testify and did not ever intend to say more than what he put in the report.

“We chose those words carefully, and the work speaks for itself,” Mueller said May 29. “I would not provide information beyond what is already public in any appearance before Congress.”

Those remarks did little to settle the demands for his testimony. The two committees continued negotiations that had already been going on for weeks, saying they still wanted to hear from Mueller no matter how reluctant he was. The two committees announced Tuesday that he’d finally agreed to come under subpoena, and that they had issued the subpoenas that day.

The committee chairmen said there will be two hearings “back to back,” one for each committee, and they will also separately meet with Mueller’s staff in closed session. The Judiciary panel will go first, then Intelligence.

Nadler would not give details on the negotiations or why the subpoenas were needed. He just said “we reached a point where we believed that if we issued a subpoena he would obey it.” The Justice Department declined to comment.

House Intelligence Committee Chairman Adam Schiff expressed concerns that either the White House or Justice Department would try and block some or all of Mueller’s testimony, possibly at the last minute, as they have with other administration witnesses. “I think every indication is that the president will continue interfering in any way he can,” Schiff said.

On that point, though, Nadler said he doubts any such efforts would eventually succeed.

“Mr. Mueller is an honest man and understands that congressional subpoenas are not optional,” Nadler said.

Trump himself simply tweeted, “Presidential Harassment!” He followed up on Wednesday morning in an interview with Fox Business Network, saying, “It never ends,” then reiterating his grievances against the way the probe was conducted.