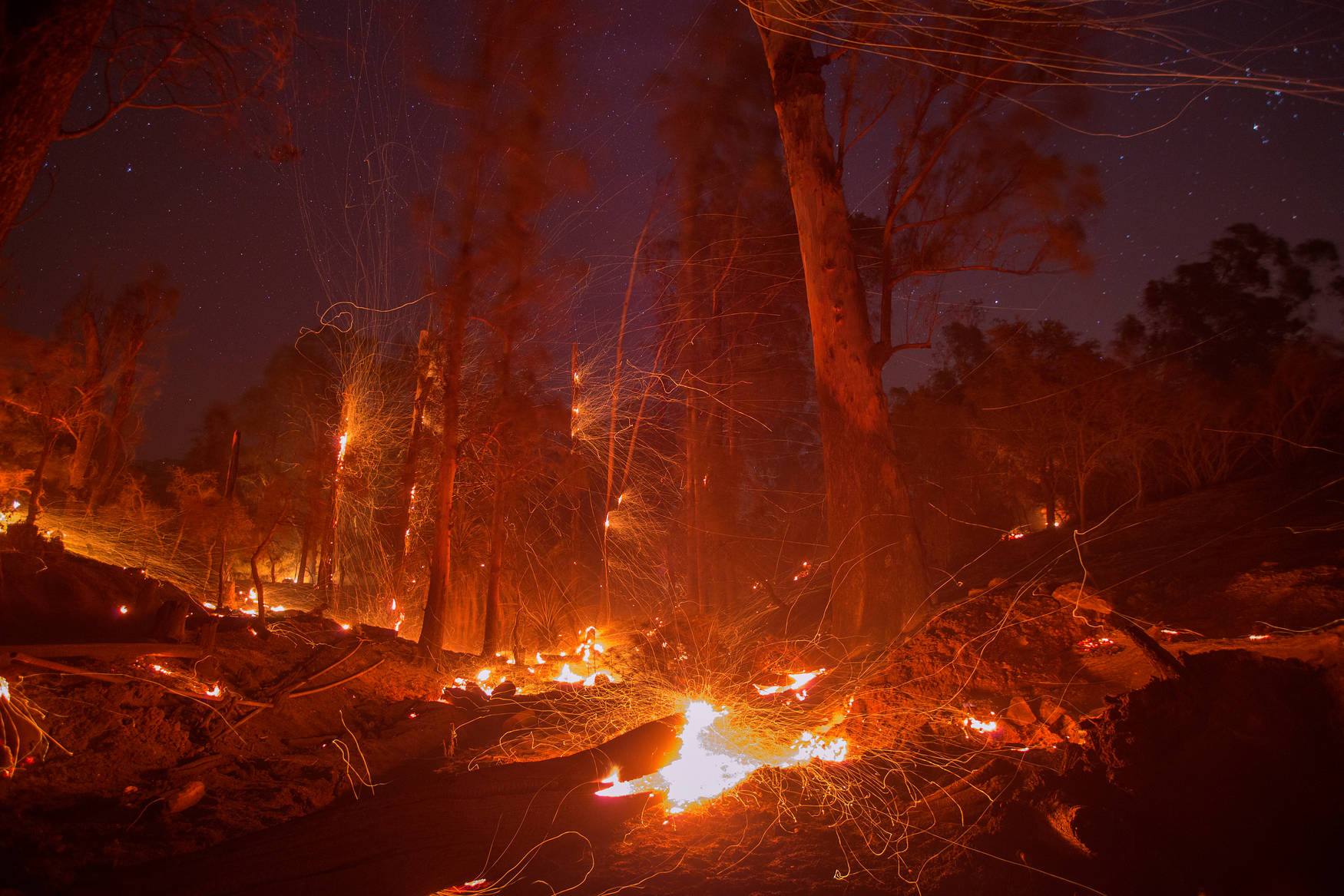 The night finally ended but the winds were still howling, and we couldn’t find any good information on where the fire was or where it might be heading. We went to the County Gov’t Center to try to find some answers (W knows some people there).

In the government center parking lot, we ran into a neighbor whose car was running on fumes – there was still no power in the area so no gas stations were operating. I napped for a bit in the parking lot with the pets while W and our neighbor went inside. The only current information that seemed to be available was what KTLA news (a local station from L.A.) was reporting.

We turned to social media – Agency websites and Facebook pages were not really helpful. ReadyVenturaCounty.org (the County’s emergency website) had almost no useful information. This became a very sore subject for us as time went on – virtually no information was coming from our local officials. I know the firefighters, law enforcement, and utilities crews were doing what they could (much, much appreciated), but the Public Information Officers for most agencies were giving out very little in the way of immediately useful information.

Twitter, however, was awesome! There was a guy on Twitter (@VCScanner) who was listening to the local police and fire department scanners and transcribing the [gist of] radio calls into tweets. Genius! I got more immediately-useful information from his tweets than I did from all other sources combined. Also, because of the written format, I found it easier to follow than using a scanner app to listen to the audio feed. I know what you’re thinking, “Twitter?” Yes, I know – but it worked really well here.

We went back to where we were staying and watched the house of a good friend and neighbor burn down on live television. Wow, that was unbelievable. Fatigue caught up with us and we napped here and there.

It was about sunset on Tuesday that we got a text from a neighbor (who infiltrated the evacuation zone) with a picture showing that our house was still standing.

W. finds some news source (Nextdoor or VC Alert or a text from a neighbor maybe?) that says residents are being allowed into the neighborhood – so we go! WE GO NOW!!! We unhooked the trailer, drove the truck up to the roadblock, showed our ID, and we were in. You probably saw the pictures on the news, the devastation was just everywhere.

We got very lucky here – this turned out to be the only window of time where they allowed residents to return with their vehicles. By 8:00 or 8:30, they were only allowing residents to walk in to the neighborhoods, no vehicles.

The house had no electricity, no gas, and very low water pressure (also, there was a boil-water notice for a few days that week in the city). Everything inside smelled like smoke and there was a layer of ash everywhere (even though all the windows were closed). But, hey, we’ve got a house!

On the drive to the house, we were quickly making a list of things to do there – I don’t remember everything that was on it, but I do know that it included the following items:

So we were taking care of most of our list and we were checking on some neighbors’ houses when we heard, “Anybody have a fire extinguisher, FIRE!” I grabbed our extinguisher and ran over to a bush that was fully engulfed on the far side of our next-door neighbor’s house. Our neighbor had his hose already on it and the FD came up to put it out. It got me thinking, “man, we’re still sitting on a powder keg”.

It was somewhere about this time that we found a still smoldering / flaming wooden planter right next to our house, so we doused it like crazy and moved it well away. I also decided to hose down the scorched palm tree in the front yard, just to make sure it didn’t have any embers buried inside of it.