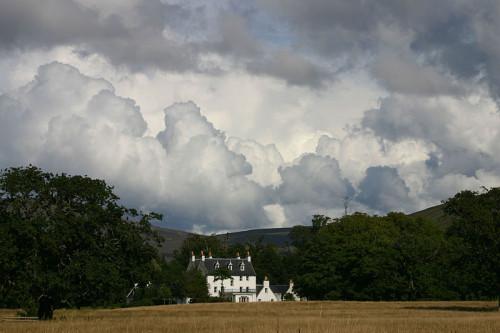 “The perfect storm” has become a cliché, but the current setup for a 2019 recession just became so text-book perfect in alignment of the three most critical recessionary forces that I have to use it.

Let me start by noting that a stock market that rallies because the news is bad — as happened a little over a week ago when we got a terrible new jobs number (only 75,000, less than half of the weak number economists expected and lower than what it takes just to keep up with population growth) — is a market that is locked in dependence on recovery-mode life support where everyone is happy just because the ambulance will soon be on its way … again.

That market as well as the “recovery economy” built around it is destined to fail because you cannot sustain growth or build enduring wealth on the need for an endless flow of bad news to keep forcing central banks to create new money in order to keep goosing the marketplace along. It’s a stock market running on absurdity. The need for endless salvation is not the hallmark of health. However, the market’s codependency on the Fed is not the set-up I’m talking about. It is merely evidence that this soaring market is not a healthy market. (A tree blooms most, you know, just before it dies.)

It is, however, exactly the kind of stock market we have become used to because the market has become addicted to Fed support (I’ll call it “Fedaid”) over the past decade. Because this abnormality (in a broader historic context) has become the new norm, investors fail to realize that this time is greatly different because of three truly significant situations in its setup that I’ll lay out below. This time, bad news is the worst of news, but the market — because of its decade of Fed-addled memory — completely fails to see the storm that is arriving all around it right now. That kind of blindness can also be the setup for one hellacious crash. 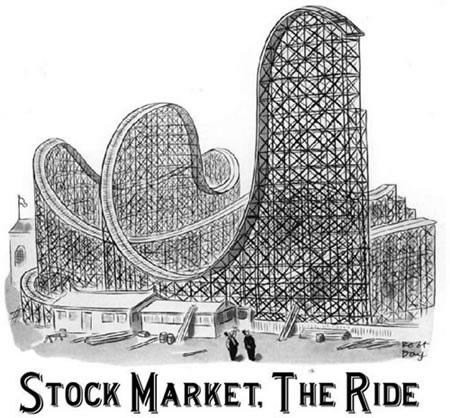 Market Mayhem sets up the 2019 recession

You see, investors think the market is plunging up and down on the waves because it is trying to break through a hardened ceiling that has held up for eighteen months. During those eighteen months, the market dropped off of three tops that were barely successively higher than each other (just enough higher each of the last two times to test whether going higher was possible and then fail).

Some of the market’s talking heads think the market is about to break through what they hope has become a brittle ceiling with a fourth push — this time for the big run into the heavens — if the market just gets a little Fed juice. The bad news about jobs was just the enticement they needed to restore hope that the Fed juice is coming. Others are starting to wonder what the rough ride is about. This time, the churn is not just because the market is attempting a fourth breakout. It is due to some deep developing issues setting up a situation where Fed juice at this particular time would be Jonestown Kool Aid®!

The sudden May pitching and yawing was caused by major winds now converging at our sorry location from three different directions. These three fierce forces have proven to be the major bellwethers of recessions, and they have just come into flawless alignment in their timing, which substantially improves the outlook for only one thing — my start-of-the-year statement that a 2019 recession will begin this summer (but not be officially known until next year just because of how recessions are measured and declared).

Things had been looking shaky for my 2019 recession prediction — its summer placement being far ahead of the entire market-prognosticating pack. The market experienced such clear sailing throughout the first four months of the year that even I began to wonder if I’d be wrong. However, market momentum turned negative in May for the first time since last September when the market crashed through December. It is not that turn, however, that makes me confident my prediction is going to be spot on. Big as that turn was, something bigger is behind it.

Something is different this time. Actually several things, but let me start with the surface thing (which is not one of the big three that I’m coming to, but still noteworthy in passing):

Goldman Sachs now says the strategy of “buy the dip” that worked during the years of Fedaid that followed the Great Financial Crisis looks increasingly risky as market fails become longer and deeper. Sachs of Gold suggests it may be time to switch to “sell the rip.” Not surprising since most indices entered a bear market last December, and some of them remain there — a problem all the talking heads seem willing to intentionally forget as they chatter and glow about the continuance of “the longest bull market in history.” So, let us just remember where we really are as the forces I am talking about play out. We’re in the belly of a bear. (We are still in a bear market in three of the most important indices — the Dow, the Russel 2000 and the NYSE.)

Now, here is the pivotal alignment that just happened, starting with the most recent force to come into play among the other two that I’ll remind you of:

That brings us to #2) Just as the market heated back up in June, we have come upon that other equally important inversion — the trough where unemployment bottoms out and begins to rise. Thus, the bad job print means the economy needs to see a Fed rate decrease. While that explains the levity in June over hope that the Fed will bring out the punchbowl, unfortunately the revelers do not know it will be the Jonestown punchbowl this time because …

US weekly jobless claims unexpectedly rise, sparking fears the labor market is losing steam…. The third straight weekly increase in claims suggests some softening in labor market conditions…. The four-week moving average of initial claims, considered a better measure of labor market trends as it irons out week-to-week volatility, increased 2,500…. The slowdown in hiring, which occurred before a recent escalation in trade tensions between the United States and China, raised fears of a sharp deceleration in economic growth. Data so far have suggested a sharp slowdown in U.S. economic growth in the second quarter after a temporary boost from exports and an accumulation of inventory early in the year. In addition to the sharp moderation in hiring last month, manufacturing production, exports and home sales dropped in April, while consumer spending cooled. The Atlanta Fed is forecasting gross domestic product increasing at a 1.4% annualized rate in the April-June quarter”

I’m not ringing the alarm just because we had one low new-jobs number. What is significant is that the four-week unemployment claim trend, which averages out the anomalies, has finally turned back upward. Notice in the following graph by the Fed how recessions start immediately after the unemployment rate begins to rise again from its lowest trough:

That is about as dependable as clockwork gets, and that is where we are right now based on the above report above from CNBC. When that lines up in perfect timing with an interest-rate inversion, we have a serious situation forming. However, we have one other major factor that almost always precedes a recession

#3) While interest-rate decreases have been good for stocks over the past decade, that is only the case when they are happening on the way out of a recession. When rate decreases happen during the supposed time of full recovery after a period of rate increases aimed at stopping recovery from “overheating,” the first rate decrease is typically one of the best proofs there is that we are going back into a recession, and recessions are never good for stocks. (While stocks don’t always crash during recessions; they certainly never do well during recessions.)