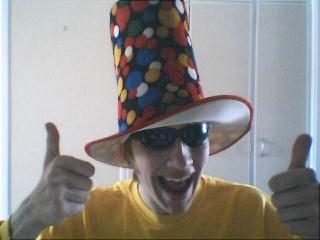 The S&P 500 is up 18% and powering toward its biggest first half since 1997. For bulls, things are great. Will they get any better? To a handful of cross-asset strategists who turned skeptical on stocks before this week’s manic sessions, that’s becoming the most pressing question. Increasingly, their answer is: not likely. However spectacular the real-time reaction … gestures like Federal Reserve Chairman Jerome Powell’s dovish pivot don’t engender confidence for the long term, says Sophie Huynh, a cross-asset strategist at Societe Generale in London. They ring more as a warning, she says, perhaps marking the beginning of the end to economic and market cycles that have lasted a decade.

It is one thing for stocks to go up in the middle of a recession because the Fed is lowering rates, which would ordinarily mean there is hope of coming out of recession a little easier. It is the exact opposite when the Fed lowers rates at the end of a recovery when it means the Fed is making a pre-emptive move because it sees recession as likely. Stock market investors do not currently understand that distinction. The Fed quite simply does not ever preemptively lower rates during what it claims is a strong economy when rates are already this low unless it believes a very negative economic shift is likely and imminent.

As I’ve noted several times in recent articles (with graphs to back it up), the Fed’s first rate decrease is typically only a few months ahead of recession at best. To think that its first rate decrease this time around will be any different is to bet against all historic evidence. Yet, that is exactly the bet the market has already fully priced in. Almost all analysts agree that the stock market now sees a July rate decrease as a 100% certainty.

We live in a time when many market analysts have never seen a rate cut made while recovery is considered to be fully in place and when the Fed has been recently raising rates on a protracted basis, ostensibly to keep the economy from overheating. So, we have a lot of wet-behind-the-ears quants and analysts who think that rate decreases can only be good for stocks. They are ignorant of the historic fact I just laid out in the last paragraph, and we know what happens to those who are ignorant of history.

However, we also have a lot of old analysts who seem to be absent-mindedly following the same belief — that all rate decreases are good news for stocks. In their case, it must be senility has set in. So, let me spell out the market mechanics involved here: When the Fed starts lowering rates after a recession has hit (as in 2008) and after stocks have crashed (as in 2008), there is mostly nowhere to go but up. When it starts lowering rates when stocks are at an all-time high, it means recession is seen by the Fed as being likely enough for them to retreat on their all-consuming original plan of tightening, so there is nowhere to go but down.

The manic market lift that has come because the Fed just said it may return to delivering medication is an addict’s high, which means it should be seen as proof of bullish euphoria as well as poor thinking. The stock market has just poked its nose through its eighteen-month economic ceiling, as I said I wouldn’t be surprised to see it do. I’ve also said I believe this will turn out to be a failed test, just as it has been the last two times investors tried to poke through this level, barely succeeded and then fell hard shortly thereafter. There is nothing like peak euphoria to make that happen.

The market also appears to have fully priced in an imminent resolution to the Trump Tariff Wars.

Best-case scenario for the China syndrome

Xi and Trump agree to come out of their meeting sounding like there is hope for a future agreement soon (albeit with nothing specific that has been agreed upon). We all know there is no chance they come out with a deal. So, the best hope is they come out with Trump talking (again) like a deal is imminent and, therefore, he’ll hold off on his tariff increases a little longer. The market feels relief and breaks resoundingly through its eighteen-month ceiling. The remaining indices that have not cleared through their upper barrier manage also to poke through to a new high and manage to hold … for a little while.

Then what? All is roses, right? Well, the market has clearly already priced in a trade agreement being reached — also, with apparently 100% certainty — so hope won’t buy a lot more headroom at the market’s top because it’s the same hope that investors have been spending all along. Buybacks are now temporarily frozen out. Even Crazy Cramer is saying the economy looks worse than what the market thinks, He has even stated that, with all of his many executive contacts, he knows of no company that is not going to come in with lower earnings than last quarter. Economic data has been trending down. Forward projections are already being written ahead of any Chinese trade deal, so they won’t likely go up just because, once again, the Trumpet blares an announcement of a trade deal on the horizon. (The market will go up if Trump makes such a proclamation (again), but corporate reports aren’t going to change because of it.)

A pause in [tariff] escalation in the near-term could still lead to additional tariffs later this year. In the two analogous leader-to-leader meetings noted earlier, President Trump agreed to postpone further tariffs. However, in both cases, this détente was only temporary, as the White House eventually imposed additional tariffs on imports from China [because] … financial markets do not appear to be an obstacle to tariff escalation… The last two times President Trump seriously escalated trade tensions with China, the S&P 500 was near record highs….We would expect that the President now views tariff threats as not only a successful negotiating tactic following the immigration agreement with Mexico but also a useful tool in pressing for looser monetary policy. If so, this suggests that the White House will at least threaten further tariff increases and might follow through with some of them….

The stock market, in the best case scenario, stalls out at its new top because there is no more good news in the pipeline right now. The Fed’s fully presumed rate increase still lies a month away, so the market is going to be running on fumes in the face of falling earnings and falling projections for the upcoming quarter. Trump badly wants rate reductions from the Fed and may see uncertainty over a trade agreement as a way to press Powell to move on that, given that trade uncertainty seems to be what tipped him in the direction of talking about loosening the financial reins in June. Trump will want to press him from talk to action, and that’s a hard press.

If the almost-always-hyper-optimistic Cramer is right in his newfound pessimism about the economy, GDP will be coming in lower because lower earnings everywhere almost certainly go with lower GDP. (And I only reference Crazy Cramer because he is almost always bullish and optimistic; so, if he says he knows of no hope anywhere for higher earnings and states that he would rather believe the economy than the market right now, that is like Kim Kardashian saying the fashion trade sucks right now.)

And then more tariffs eventually come anyway if history is any predictor of the future. Whether they do or not, the market is clearly going to be bucking a lot of headwinds throughout the July corporate reporting season, and the fumes of Chinese trade hopes are not likely to sustain much lift when they are already priced in. So, in the best-case scenario, the market rises briefly, then struggles to hold against all these winds to await the Fed’s actions.

Worst-case scenario for the China syndrome

Xi and Trump come out of their meeting like the last meeting ended with things looking sour. Not altogether unlikely, given that China said this weekend, “The U.S. must drop all tariffs imposed on China if it wants to negotiate on trade.” Trump is not going to drop any tariffs until a deal is done. So, China might walk like Trump did last time to try to score the same kind of points Trump scored by walking and to show him they can do that, too. (That would stray far from the usual polite form of Chinese diplomacy. Still, China may be returning to the table just to tip Trump off balance in the same way he tried to tip them.)

The market has a long way to fall from precarious heights with a lot of bad news likely in the pipeline ready to help stuff it down and no buybacks available for a month to prop up share prices. GDP for the second quarter comes in with a sharp decline if Creamy Cramer’s industry contacts are right about earnings everywhere being down, and we have to wait until the end of July for the Fed to give the boost that has already been fully priced in by the market. The mere hope of that boost probably cannot do much more fueling than it has already done; but there is a lot of room for the market to crash if that hope is miscalculated and doesn’t come about at the end of July.