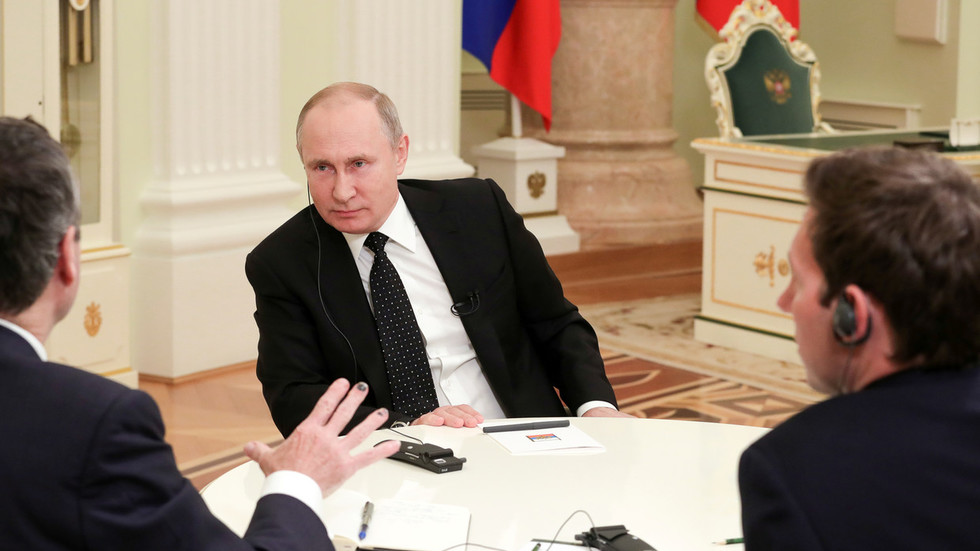 Globalization and the ‘liberal idea’ have failed Europe and the US, while post-Cold War chaos is driving crises in Venezuela and North Korea, but was stopped in Syria, Russian President Vladimir Putin said in an interview to FT.

In a lengthy interview with the UK-based Financial Times on Wednesday, Putin candidly addressed questions about the Russian intervention in Syria – and lack thereof in Venezuela – as well as nuclear proliferation, North Korea, immigration policies in the US and Europe, Russian economy, relations with the UK, and the failure of what he called the “liberal idea”to provide for the people’s well-being.

While the Cold War was bad, Putin told FT’s Lionel Barber and Henry Foy, “there were at least some rules that all participants in international communication more or less adhered to or tried to follow. Now, it seems that there are no rules at all.”

Moscow’s decision to intervene in Syria, in the fall of 2015, was undertaken after a careful analysis of risks and potential rewards, because Russia could not stand by while an international terrorist organization (Islamic State, also known as ISIS) grew in its vicinity.

“We have accomplished even more than I had expected,” Putin said. Several thousand militants from the former Soviet Union who joined IS were “eliminated” in Syria instead, improving Russia’s domestic security as well as helping stabilize the Middle East.

Russia also established “very good, business-like, partner-like and largely allied relations” with other regional powers, such as Iran, Turkey and others, Putin added. The Russian military received practical experience it could not have obtained otherwise.

Primarily … we have managed to preserve Syrian statehood, no matter what, and we have prevented Libya-style chaos there.

Putin said he asked the previous US administration what would happen if Syrian President Bashar Assad decided to leave power, just as they had been demanding.

“You cannot even imagine how funny it was. They said, ‘We don’t know.’ But when you do not know what happens tomorrow, why shoot from the hip today?” Putin said.

Russia, he said, prefers to “look at problems thoroughly from all possible angles and not to be in any hurry.”

Venezuela: ‘We do not meddle in things’

There are Russian specialists and instructors in Venezuela, under the terms of a defense contract signed years ago, but there are no Russian troops there and Moscow is not “propping up” President Nicolas Maduro despite US accusations, Putin said.

We do not meddle in things; it is none of our business… This problem should be sorted out by the Venezuelan people themselves. That is all.

He did call out the US and its allies for practicing modern-day “gunboat diplomacy” and wanting to “humiliate Latin American nations” into accepting leaders imposed from the outside.

“When a person enters a square, raises his eyes to the sky and proclaims himself president? Let us do the same in Japan, the US or Germany. What will happen? Do you understand that this will cause chaos all over the world?” Putin asked back, referring to the US-backed opposition leader Juan Guaido’s attempt to seize power in Caracas.

Nuclear weapons pose a threat to international peace and security, Putin said, but the crisis over North Korea is rooted in the “tragedies of Libya and Iraq,” that have “ inspired many countries to ensure their security at all costs.”

The real question is not how to disarm Pyongyang, but “how to make any country, including North Korea, feel safe and protected by international law that is strictly honored by all members of the international community,” the Russian president told FT.