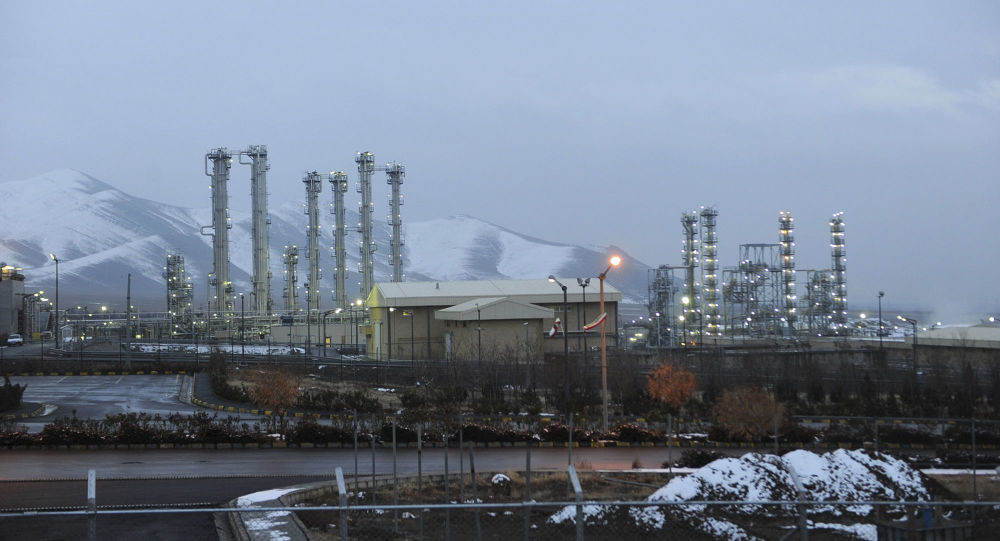 The development comes a day after the Tasnim News Agency reported that Iran would announce further steps towards scaling back its commitments under the 2015 nuclear deal amid a new set of US sanctions against Tehran.

Spokesman of the Atomic Energy Organisation of Iran (AEOI) Behrouz Kamalvandi was cited by the ISNA as saying on Monday that the country will break its uranium stockpile limit set by the Joint Comprehensive Plan of Action (JCPOA), also known as the Iran nuclear deal, in 10 days.

“Today we will start exceeding the enriched uranium stockpile limit of 300 kg. The process will last 10 days. In other words, we will exceed this limit on 27 June”, Kamalvandi said, as aired by state TV.

Speaking at the Arak Nuclear Plant, the official said that Iran may export heavy water, adding that the move would not constitute a violation of the nuclear deal. It may also increase uranium enrichment to up to 20 per cent for use in local reactors, he added.

The JCPOA specifies that Iran is limited to keeping 300 kilogrammes of uranium enriched up to 3.67 per cent. As part of the Iran deal, Tehran is allowed to trade any enriched uranium above that threshold on the international markets in exchange for natural uranium.

Kamalvandi added that European countries needed to “act not talk” by stepping in for Iran in order to protect the country from US sanctions.

The spokesman pointed out that the other signatories still have some time as Iranian nuclear bodies are waiting on the government’s decision on the next stage of its obligations reduction under the JCPOA.

“As for the second stage, we are waiting for the government’s decision. Europe still has time, it has plenty of possibilities [to protect Iran’s interests] … If Europe takes practical steps toward ensuring Iran’s interests, the situation related to Iran’s fulfillment of its obligations under the nuclear deal will return to normal”, he said.

The announcement follows a report by the Tasnim News Agency that Tehran would come up with further steps towards reducing its obligations under the nuclear deal on 17 June. On Sunday, the media outlet said that Iran would signal its intention to increase its stockpiles of enriched uranium and heavy water, but did not go into further details.

Last week, Iranian President Hassan Rouhani warned that Tehran would continue to suspend some of its commitments under the nuclear deal if it doesn’t see some “positive signals” from the remaining signatories to the agreement in the immediate future.

“Obviously, Iran cannot stick to this agreement unilaterally. It is necessary that all the sides of this agreement contribute to restoring it”, Rouhani said.

Iran first announced that it would start suspending some of its voluntary commitmentsunder the JCPOA within 60 days on 8 May – exactly one year after the US unilaterally pulled out from the deal and decided to reinstate all sanctions against the Islamic Republic.