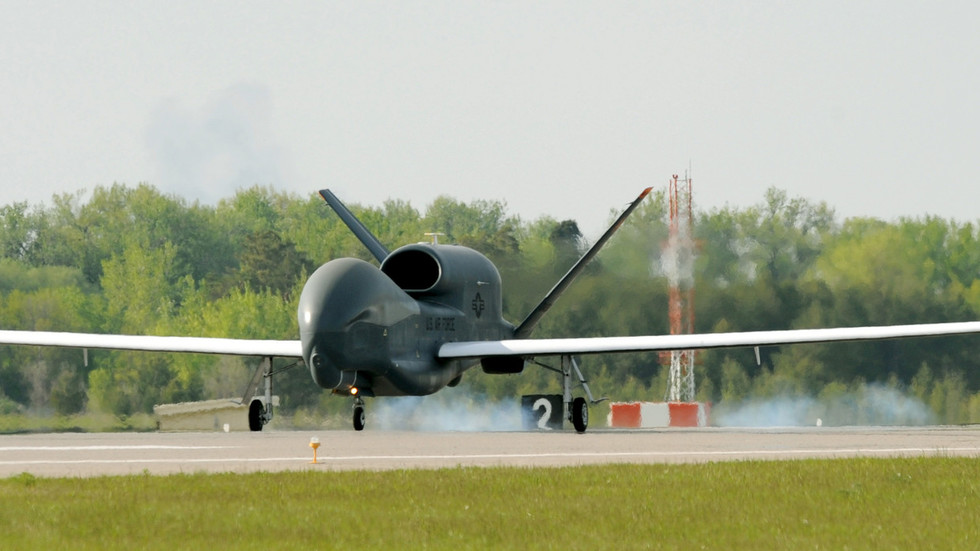 Iran has shot down an American RQ-4 reconnaissance drone flying over Hormuzgan province, Tehran claims. The US military declined to comment.

The Islamic Revolutionary Guard Corps air force shot down an “American espionage drone” that was invading Iranian territory, the IRGC’s public relations arm said in a statement released on Thursday. The drone, identified as an RQ-4 Global Hawk by state-run IRNA news agency, was flying above Kuh Mubarak in Hormozgan province.

Breaking News: Iran says it has downed s US Global Hawk drone in its airspace. https://t.co/Y2ECFtkrNs

The US has not yet responded to the allegations, though the Pentagon accused Iran on Sunday of a failed attempt to shoot down a US Reaper drone that was observing one of the oil tankers attacked in the Gulf of Oman last week.

US CENTCOM spokesman Capt. Bill Urban told the AP, “There was no drone over Iranian territory.”

However, unnamed US officials told AP and Reuters that an American unmanned aerial vehicle was indeed shot down over the Strait of Hormuz. These sources said the drone – a Navy MQ-4C Triton – was hit by an Iranian surface-to-air missile. According to the Reuters source, the incident happened over international waters.

Tensions between the US and Iran are running high, with rumors the US is plotting a “tactical assault” in response to last week’s attacks on Japanese and Norwegian oil tankers in the Gulf of Oman. While the US immediately blamed those attacks on Iran, Secretary of State Mike Pompeo’s explanation of the attacks diverged significantly from the experiences of the Japanese sailors on board one of the injured ships, and even US allies have demanded further proof before they sign on to the blame-Iran narrative.