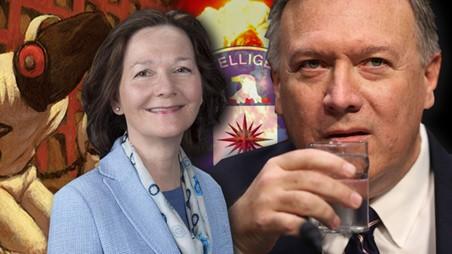 In 2017, the U.S. Central Intelligence Agency (CIA) created a special unit — the Iran Mission Center — to focus attention on the U.S. plans against Iran. The initiative for this unit came from CIA director John Brennan, who left his post as the Trump administration came into office. Brennan believed that the CIA needed to focus attention on what the United States sees as problem areas — North Korea and Iran, for instance. This predated the Trump administration.

Brennan’s successor — Mike Pompeo, who was CIA director for just over a year (until he was appointed U.S. Secretary of State) — continued this policy. The CIA’s Iran-related activity had been conducted in the Iran Operations Division (Persia House). This was a section with Iran specialists who built up knowledge about political and economic developments inside Iran and in the Iranian diaspora.

It bothered the hawks in Washington — as one official told me — that Persia House was filled with Iran specialists who had no special focus on regime change in Iran. Some of them, due to their long concentration on Iran, had developed sensitivity to the country.

Trump’s people wanted a much more focused and belligerent group that would provide the kind of intelligence that tickled the fancy of his National Security Adviser John Bolton.

To head the Iran Mission Center, the CIA appointed Michael D’Andrea. D’Andrea was central to the post-9/11 interrogation program, and he ran the CIA’s Counterterrorism Center. Assassinations and torture were central to his approach.

It was D’Andrea who expanded the CIA’s drone strike program, in particular the signature strike. The signature strike is a particularly controversial instrument. The CIA was given the allowance to kill anyone who fit a certain profile — a man of a certain age, for instance, with a phone that had been used to call someone on a list.The dark arts of the CIA are precisely those of D’Andrea.

What is germane to his post at the Iran Mission Center is that D’Andrea is close to the Gulf Arabs, a former CIA analyst told me. The Gulf Arabs have been pushing hard for action against Iran, a view shared by D’Andrea and parts of his team. For his hard-nosed attitude toward Iran, D’Andrea is known—ironically—as “Ayatollah Mike.”

D’Andrea and people like Bolton are part of an ecosystem of men who have a visceral hatred for Iran and who are close to the worldview of the Saudi royal family. These are men who are reckless with violence, willing to do anything if it means provoking a war against Iran. Nothing should be put past them. 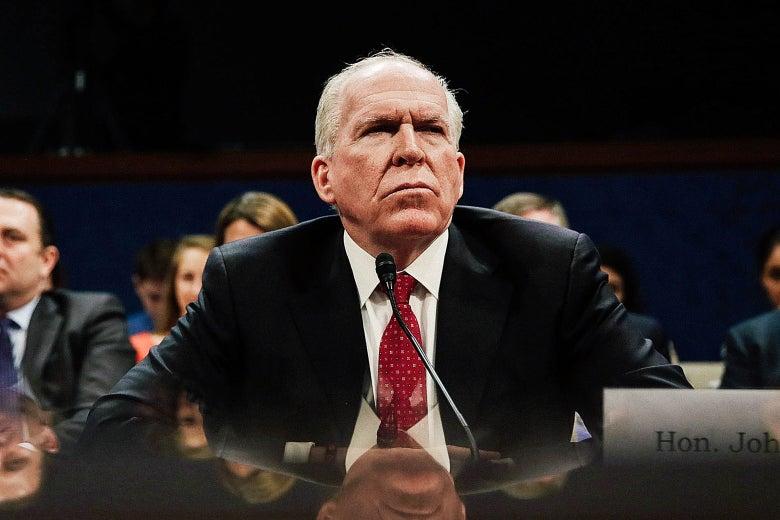 The initiative for this unit came from CIA director John Brennan, who left his post as the Trump administration came into office. Getty Image.

D’Andrea and the hawks edged out several Iran experts from the Iran Mission Center, people like Margaret Stromecki — who had been head of analysis. Others who want to offer an alternative to the Pompeo-Bolton view of things either have also moved on or remain silent. There is no space in the Trump administration, a former official told me, for dissent on the Iran policy.

D’Andrea’s twin outside the White House is Thomas Kaplan, the billionaire who set up two groups that are blindingly for regime change in Iran. The two groups are United Against Nuclear Iran (UANI) and Counter Extremism Project. There is nothing subtle here. These groups — and Kaplan himself — promote an agenda of great disparagement of Muslims in general and of Iran in particular.

Kaplan blamed Iran for the creation of ISIS, for it was Iran — Kaplan said — that “used a terrible Sunni movement” to expand its reach from “Persia to the Mediterranean.” Such absurdity followed from a fundamental misreading of Shia concepts such as taqiya, which means prudence and not — as Kaplan and others argue — deceit. Kaplan, bizarrely, shares more with ISIS than Iran does with that group — since both Kaplan and ISIS are driven by their hatred of those who follow the Shia traditions of Islam.

It is fitting that Kaplan’s anti-Iran groups bring together the CIA and money. The head of UANI is Mark Wallace, who is the chief executive of Kaplan’s Tigris Financial Group, a financial firm with investments — which it admits — would benefit from “instability in the Middle East.” Working with UANI and the Counter Extremism Project is Norman Roule, a former national intelligence manager for Iran in the U.S. Office of the Director of National Intelligence.