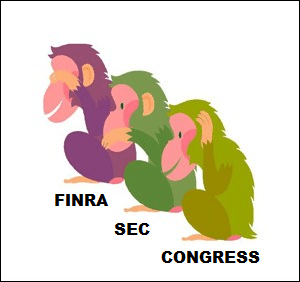 Futures on the Dow Jones Industrial Average are up early this morning by more than 200 points. But the 10-year U.S. Treasury has also had a big rally, which dropped its yield overnight to just below 2 percent. The 10-year Note yield below 2 percent suggests a serious slowdown in the U.S. economy. That’s not something corporate stocks should be cheering about. The continuing aberrations in the U.S. stock market suggest a malfunctioning stock market structure and the first place to look is Dark Pools, which are unregulated stock exchanges run by the same mega Wall Street banks that blew up the U.S. financial system in 2008 and received the largest taxpayer bailout in U.S. history.

Apparently unbeknown to the Securities and Exchange Commission (SEC), when Goldman Sachs changed the name of its big Dark Pool that trades here in the United States from Sigma X to Sigma X2, it wasn’t simply to suggest a modernized version of its old Dark Pool. It was to differentiate that Sigma X2 is Goldman’s Dark Pool brand in the United States and Sigma X is its Dark Pool brand on three other continents – Europe, Asia, and Australia. From our queries to the SEC, it also appears that the SEC doesn’t have a handle on the sprawling Dark Pool empire that exists at Goldman Sachs.

According to publicly available disclosure documents, Goldman Sachs is running Dark Pools in Europe, Japan, Hong Kong and Australia under the Sigma X brand. It is also operating a Futures SIGMA X in Japan. We could not locate any U.S.-based public disclosures on the futures operations of Sigma X in Japan.

According to a “Frequently Asked Questions” document from Goldman Sachs, under the question “Is SIGMA X a dark pool that only matches trades anonymously, without information leakage? Or will information regarding my orders be conveyed to potential liquidity providers,” Goldman says this: “The matching process for SIGMA X is completely internal, and SIGMA X will not disseminate any pre-trade information to internal trading desks or external counterparties. Executed trades are publicly reported where required by applicable rules.”

In other words, this is an unlit market where pre-trade prices are not available to the public and trades are only reported after they have occurred in darkness, if they are reported at all.

According to Goldman’s disclosures, its European Dark Pool, known as Sigma X MTF (Multilateral Trading Facility) “is operated by Goldman Sachs International Bank as an independent business with its own separate management structure.”

The disclosures indicate that Goldman Sachs International is regulated not by the Securities and Exchange Commission of the U.S. but by the Bank of England’s Prudential Regulation Authority and the U.K.’s Financial Conduct Authority, which is already rather hard pressed to oversee the conduct of “58,000 financial services firms and financial markets in the U.K.”

Goldman’s Dark Pool in the U.S. was fined a mild $800,000 by Wall Street’s self-regulator, FINRA, in 2014 for denying its customers a trading price equal to the National Best Bid and Offer (NBBO), as required under the law, on at least 395,119 transactions. It’s highly likely that the number of transactions was exponentially higher. (See Goldman Sachs’ Very Fishy Dark Pool Settlement With FINRA.)

Goldman’s Dark Pool was also singled out in the Michael Lewis bestseller, Flash Boys, and the seminal work on Dark Pools by Wall Street Journal reporter Scott Patterson, Dark Pools: The Rise of the Machine Traders and the Rigging of the U.S. Stock Market.

Michael Lewis related the story in Flash Boys of how Rich Gates, the operator of a mutual fund, together with his colleagues devised a test to see if they entered an order into a Dark Pool they would get ripped off. Lewis writes as follows:

“Gates and his colleagues wound up making hundreds of such tests, with their own money, in several Wall Street dark pools. In the first half of 2010 there was only one Wall Street firm in whose dark pool the test came back positive: Goldman Sachs. In the Goldman dark pool, Sigma X, he got ripped off a bit more than half the time he ran the tests.”

Patterson writes in Dark Pools that the U.S. stock market has degenerated into:

“pools within pools, all connected electronically, forming a single sloshing pool of dark electronic liquidity. By 2012, the amount of stock trading that took place in dark pools and internalizers [Wall Street banks trading stocks in-house without the oversight of a stock exchange] was a whopping 40 percent of all trading volume – and it was growing every month.

“All of that turnover was having a real-world impact on stocks. At the end of World War II, the average holding period for a stock was four years. By 2000, it was eight months. By 2008, it was two months. And by 2011 it was twenty-two seconds, at least according to one professor’s estimates. One founder of a prominent high-frequency trading outfit once claimed his firm’s average holding period was a mere eleven seconds.

“No one – no one – truly knew what was taking place inside the guts of this Frankenstein’s monster of a market.”

Following the stock market crash of 1929 which ushered in the Great Depression, the U.S. Senate Banking Committee conducted an extensive investigation over multiple years into the trading structure and trading practices on Wall Street. The Senate investigations focused on the collusive dealings of “pools,” which have today been reincarnated as Dark Pools with high-speed algorithms and pirates known as high-frequency traders.  The 1930s Senate investigation found the following:

“A pool, according to stock exchange officials, is an agreement between several people, usually more than three, to actively trade in a single security. The investigation has shown that the purpose of a pool generally is to raise the price of a security by concerted activity on the part of the pool members, and thereby to enable them to unload their holdings at a profit upon the public attracted by the activity or by information disseminated about the stock. Pool operations for such a purpose are incompatible with the maintenance of a free and uncontrolled market.”

The Senate Banking Committee of 1934 concluded as follows:

“The conclusion is inescapable that members of the organized exchanges who had a participation in or managed pools, while simultaneously acting as brokers for the general public, were representing irreconcilable interests and attempting to discharge conflicting functions. Yet the stock exchange authorities could perceive nothing unethical in this situation.”

As Wall Street On Parade has previously reported, U.S. regulators are not only allowing these quasi stock exchanges to operate in darkness, they are allowing Goldman Sachs, Citigroup, Bank of America Merrill Lynch and JPMorgan Chase and others to trade their own publicly-traded bank stocks in their own Dark Pools.