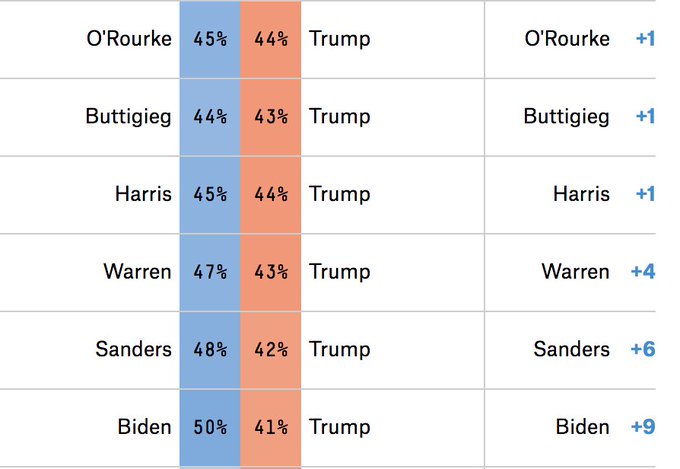 A recent poll from Quinnipiac University predicted President Donald Trump losing Florida in a landslide, but they’ve made similar predictions before.

The Quinnipiac poll showed that former Vice President Joe Biden would beat President Trump by nine points if the race were held today. Several people took to Twitter to highlight this poll and others ahead of Trump’s reelection rally in Florida on Tuesday night.

Hey @realDonaldTrump just wanted to make sure you saw new poll #s just out for Florida. You are LOSING BIGLY to all the top Democrats. Enjoy tonight!! pic.twitter.com/8V3dmlv6Uf

While many people were excited to see a poll projecting a landslide victory for any of the Democratic candidates over President Trump, some may want to add a bit of skepticism to their reactions given how horribly Quinnipiac botched their polling for the Florida Senate and gubernatorial races in 2018.

So the poll that had Andrew Gillum winning the FL governor’s race by 7 now has Joe Biden beating President Trump by…9?

The last 5 top-of-the-ticket races in FL have been decided by 1.2 points or less. This is a state where results fall w:in the error margin