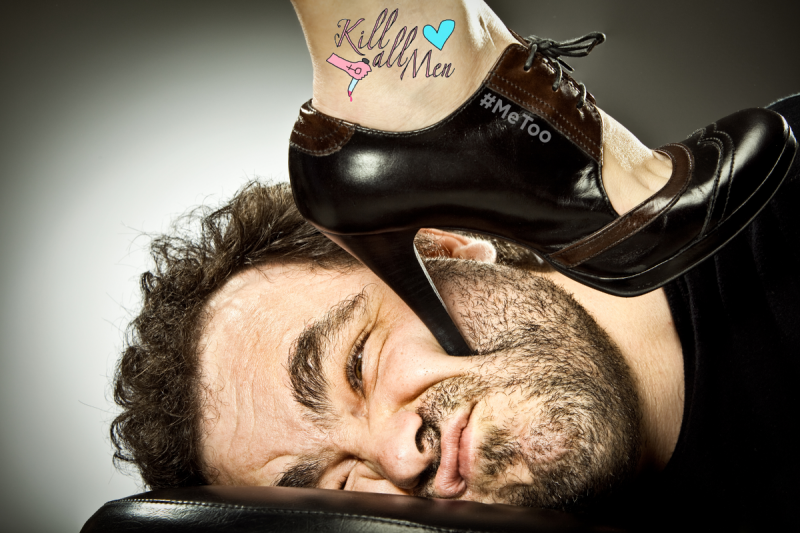 First I thought it was a hoax, a joke, then I thought this just had to be satire, but noooooo…… Feminists now have reached the height of absurdity in what they call “sexist.” Apparently the fact that women take longer to use the restroom means that lines outside a woman’s public bathroom is somehow “sexist,” because there is a shorter line outside the men’s room, and these outraged feminists declare that women need “2.5 x the provision that men need.”

This is a point we have made time and time again here at ANP, modern day feminists don’t just want “equality,”  they are demanding more, more room in this case, more rights in other cases, more accommodation that men get, and if they don’t get it immediately, they will unleash the online lynch mob, until they get their way.

Note– Generally one feminist complaining on Twitter wouldn’t be enough to base an article on, but when that one tweet gets a response from those she has targeted, in this case Switzerland’s Zurich Airport, then other feminists jump into the fray, including a columnist and a BBC World Service broadcaster, basically online mobbing the targeted entity until they apologized for the fact that women take longer in the bathroom than men do…… we are witnessing such ridiculousness it simply has to be highlighted. 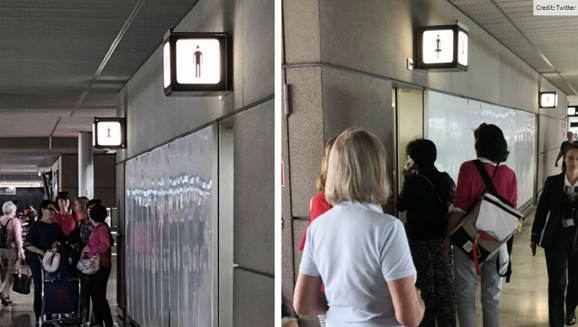 (Feminists railing against “sexist” lines outside of restrooms)

THE HEIGHT OF ABSURDITY

It began on June 21, 2019, when some random Twitter user decided to complain to the Switzerland’s Zurich Airport’s Twitter account, saying “Dear @zrh_airport , when are you going to solve the problem with the ladies toilets? #InvisibleWomen @CCriadoPerez A Gates.” Attached to the tweet was the image shown above.

The airport’s Twitter account responded, stating “Hi Laura, we are very sorry to hear you had to wait. There are many toilets all over the gate. we hope at your next visit at Zurich Airport everything will work smoothly! Best regards from ZRH.”

The woman responded “Thank you for your answer. Yes! Those images are from two different toilets. All were the same :(”

The airport then committed the sin (in the eyes of the feminists that chimed it afterward) of reminding the woman that they have no control over “how long it takes a woman to go to the toilet.” 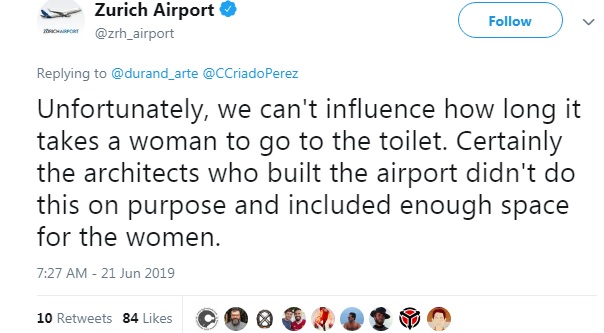 Well now they went and did it, they dared to remind women that God created men and women differently and the airport, nor those that built it, are in control of how long women take to use the bathroom….and yes, I cannot even believe this is an issue, but as you will see below, these random users, with these unbelievably absurd complaints, caught the attention of those with far more followers, which is where everything turned even more crazy.

Then some math teacher took issue with the airport’s response to claim that “Women need 2.5 x the provision that men need.”

Side Note– My favorite response to that comment about women needing more room than men, was when another user countered with“so… what u’re trying to say is that because of how much men and women are different, women need to be given 2.5 times more, and that’s equality, but also women don’t need no extra help from anyone to be equal to men, since men and women are no different? the glory of #feminism.”

Then columnist Tracy King, a verified Twitter user, with far more followers than the original two, jumped into the mix, claiming “If there was “enough” space there wouldn’t be queues, how is that not obvious? There is enough space for men, there is not enough space for women.”

Another commenter chimed in with “Of course you can influence it by providing correct number of toilets based on the needs of each sex. Had never thought about male privilege extending to almost never queuing for a piss but here we are in 21c with men’s time & comfort more valued than women’s.”

BBC World Service reporter Jackie Leonard was also outraged over the Zurich Airport’s response as she exclaimed “Clearly not. Wow. What a response!”

Debunking The Space Claim: As a woman, let me debunk that misleading statement before moving along. Women were created different than men, and it has nothing to do with “space,” and everything to do with the other things women do in the bathroom, such as having to deal with a menstrual cycle, using those paper toilet liners before sitting on a toilet.

Let is also not forget the unbelievably high number of people that actually use their smartphones while on the toilet, with men doing it more than women, but in public restrooms, men usually use the urinal which limits their cell phone usage compared to women, while women always use a toilet.

The point here is that contrary to the columnists claim, space is not the issue, the amount of time women use, compared to men, is the issue and that has nothing to do with “sexism,” nor inequality, and everything to do with the basic fact that women simply take more time in the bathroom than men do because men and women were created differently, and it is not any public entities responsibility to adjust their “spaces” to account for women being slower than men when doing their private business.

Moving along, by the time the online feminist mobs were done, the Zurich Airport issued an apology… yes, they apologized because women take longer in the bathroom than men. Their statement was “This is a problem which exists in all public areas and which urgently requires action. We have informed the department responsible for building planning. We would like to sincerely apologize to all women who had to wait in front of one of our toilets. We hear your problem.”