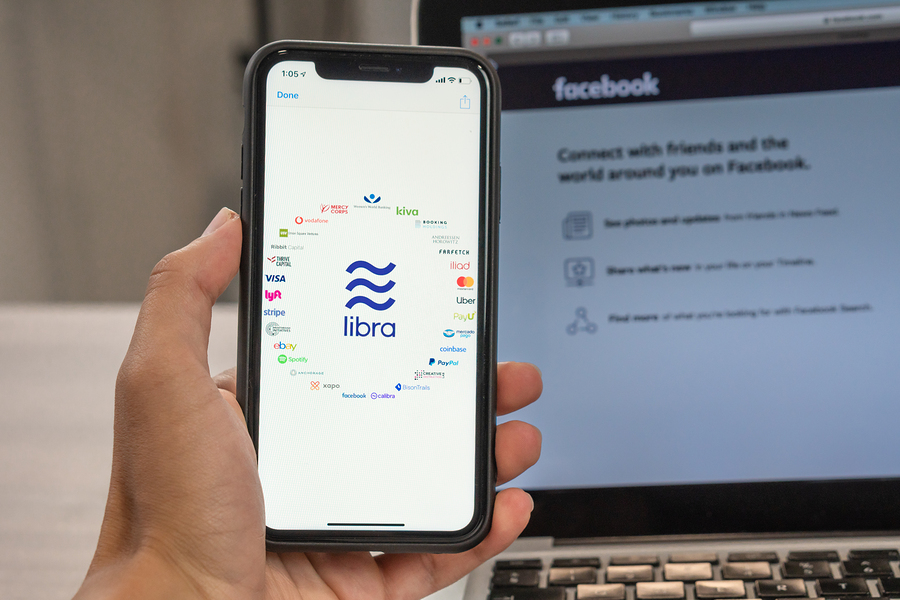 Facebook Inc. just announced it is partnering with Visa Inc, Uber Technologies and twenty-five others companies to create a cryptocurrency that it hopes will one day inject a new source of revenue by trading similar to the U.S. dollar.

The new digital currency will be called Libra, which will be a stablecoin, backed by a basket of fiat currencies. This will keep Libra’s value relatively stable, allowing it to be used for everyday transactions across Facebook.

Facebook hopes the year-long project will spark growth across its platforms and its 2 billion users. According to Bloomberg, Facebook:

…will also likely face skepticism–from regulators who already think Facebook has too much power and plays loose with digital privacy, and from those that are dubious of cryptocurrencies, which are known more for speculative investments and black-market commerce than for legitimate financial transactions.1

In addition to Libra, Facebook also announced a new product called Calibra, a digital wallet used to store Libra. This has the potential to be a significant problem because Facebook is establishing the Libra Foundation to govern Libra in a transparent and open way, BUT Calibra is a closed, proprietary digital wallet.

If Libra is successful, it stands to make Facebook a much more significant player in financial services. Cryptocurrency firms have been seeking to disrupt traditional banking for years.

Cryptocurrency firms have been trying to build cross-border, digital currencies on the blockchain to disrupt traditional banking and payments for a decade, but nothing has caught on at the scale of conventional money yet.1

Regulators are already closely watching how Facebook handles users’ private data. With Facebook’s growth at a plateau in some markets, crypto payments could very well turn messaging (across Instagram, Facebook and WhatsApp) into a business that complements its advertising business, which is the source of almost all of its income. Bloomberg reports that Mark Mahaney, an analyst at RBC Capital Markets said this about the news:

“We view Facebook’s introduction of the Libra currency as a potential watershed moment for the company and global adoption of crypt. In terms of scale and importance, we believe this new financial infrastructure could be viewed similar to Apple’s introduction of iOS to developers over a decade ago.”1

Political opposition to the news was heard immediately in Europe, who has called for tighter regulation of Facebook.  French Finance Minister Bruno Le Maire warns Libra should not be viewed as a substitute for traditional currencies. He has called for the Group of Seven central bank governors to compile a report on Libra for their meeting in July, telling Europe 1 radio:

“It is out of question” that Libra “become a sovereign currency. It can’t and it must not happen.”1

To come anywhere close to matching the U.S. dollar for utility and acceptance, Libra will need to be widely trusted, and trust is something that must be earned.

A genuinely compelling aspect of this endeavor is that Facebook is targeting the developing world where 1.7 billion adults still don’t have a bank account.

With Libra, it appears Facebook hopes to create the next global reserve currency, with access and transactions to this currency occurring through their proprietary Calibra app installed on our smartphones. In the developing world, this would be quite useful to consumers because they will be able to store currency on their smartphone without needing a bank account.