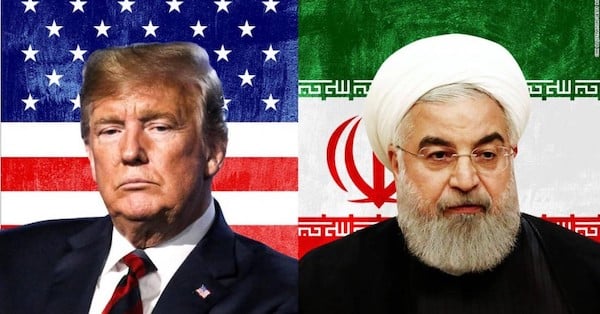 International Man: People who look outside the mainstream narrative of historical events often encounter the term “false flag” attack. What does this mean exactly? Who uses this tactic?

Doug Casey: Let’s define this term exactly. The Oxford Dictionary defines a false flag as “A political or military act orchestrated in such a way that it appears to have been carried out by a party that is not in fact responsible.”

The concept of false flags has gotten a bad reputation in media and government circles and perhaps with the population in general, because they’ve come to be associated with conspiracy theories. And “conspiracy theory,” whether valid or not, is used as a pejorative.

While there are definitely some people out there with tin foil hats, the establishment likes to label any beliefs that don’t follow the party line as conspiracy theory.

In fact, false flags make all the sense in the world for someone who wants to start a war or who needs a cover for some other criminal enterprise. You never want to be seen as the aggressor or the bad guy. You always want to be able to blame what happens on the other guy. If you’re going to start a war, you want to look like the innocent aggrieved party in order to get the population on your side.

It’s been said that in war, truth is the first casualty. Using a false flag to disguise criminality is an essential part of that. And it’s not just one of the two major parties in a war who uses false flags. It can be a third interested party that is looking to create trouble between the other two.

I’ll use a schoolyard analogy. Sometimes a third party goes to Billy and says that Joey is badmouthing him. He’ll then go to Joey and say that Billy is badmouthing him. A “third party” can create a lot of mutual antagonism where it didn’t exist before. There are plenty of variations on the false flag routine.

I’d go so far as to say that most wars are started with false flags in one way or another, where the real bad guy is disguised.

The people who run nation states are never of the highest moral character. In fact, when it comes to political leaders, the scum rise to the top. These people are necessarily Machiavellian and capable of anything; they have to be in order to claw their way to the top of the political snake pit. Even if a person is basically decent when he gets into politics, he’ll inevitably be corrupted by his environment—and the fact he’s expected to exert power and use force to preserve the interests of the State. You can expect mainly duplicity and sanctimony from them.

International Man: There have been many instances of false flag events that have changed the course of history—by leading to wars, military interventions, and political upheavals. What do you think are some of the most notable historical examples, like the Gulf of Tonkin for instance?

Doug Casey: That’s an excellent one. The Gulf of Tonkin was entirely fabricated by the Johnson administration, which was looking for an excuse to invade Vietnam.

In recent history, when the Japanese needed an excuse to invade China in 1931, they fabricated what’s known as the Mukden Incident, the destruction of a railroad line in Manchuria. When the Germans invaded Poland in 1939, they fabricated what’s known as the Gleiwitz Incident, dressing up German soldiers in Polish uniforms to make it look like the Poles were the aggressors. In 1962 the US created Operation Northwoods, which plotted all kinds of incidents—shooting down a US airliner, sinking US ships—to blame it on Cuba. That plot was, fortunately, never executed.

This is standard operating procedure when you want to start a war. You need a casus belli—a cause of war—but you want to blame it on the other guy.

More recently, take the 1991 Gulf War, which was simply an issue of criminals in Iraq trying to oust the criminals running Kuwait, mainly the Sabah family. The media immediately circulated a meme that Iraqi soldiers were taking Kuwaiti babies from their incubators in hospitals and putting them on a cold floor so they could send the incubators back to Iraq.

Then it was discovered that the source of this information was the daughter of the Kuwaiti ambassador, who never gave a subsequent interview. It was all a lie, but before the truth came out, the damage was done.

You can’t believe anything that you hear regarding a war, nor any of the reporting regarding a war. Psychological warfare is as important as the kinetic warfare, certainly in today’s world.

International Man: It almost doesn’t matter that the truth comes out in the long term. By then the damage is already done. As long as the propaganda serves its purpose to create the intended reaction in the short term, that’s what really counts.

Another recent example of this is in Syria, in which a suspicious incident prompted a direct US military response.

Famed investigative journalist Seymour Hersh claimed that an alleged chemical weapons attack in Syria—supposedly committed by Syrian President Bashar al-Assad—was in fact a staged false flag event designed to trigger US military intervention. What do you make of this?

Doug Casey: Hersh is one of the very few reporters who does original research and thinks for himself. There was nothing in it for the Syrian government and Assad to launch these chemical attacks. They’re well aware that it would only damage their image. Entirely apart from the fact that chemical weapons are almost as dangerous to the people who launch them as they are to the people they’re launched at. Plus, they were militarily completely unnecessary.