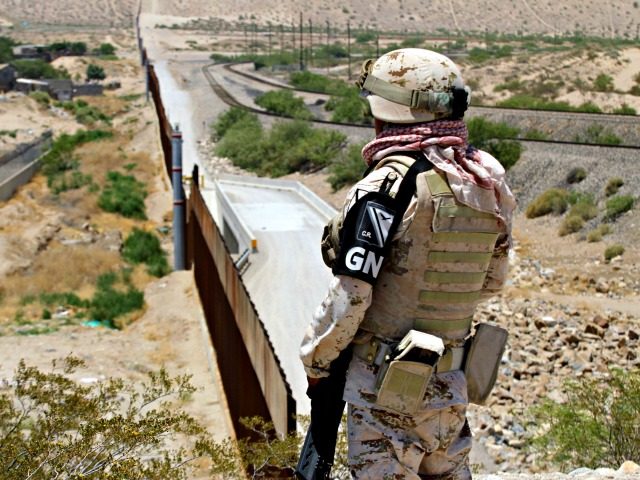 Donald Trump’s policies helped slashed the cross-border flow of Central American migrants by 25 percent in June, according to the acting head of the Department of Homeland Security.

The “25 percent decrease in June is more than we’ve seen in past years,” said Kevin McAleenan, the embattled head of the agency.

The formal count will be posted next week.

McAleenen’s public announcement of good news for Trump and for Americans reflects Mexico’s new effort to guard its southern and north borders, and to suppress the labor-trafficking cartels’ bus routes through the nation.

Under Trump’s promise of tariffs on Mexican trade, the Mexican government is also preventing migrants from getting U.S. jobs by accepting the return of at least 11,000 migrants via Trump’s “Remain in Mexico” program. This return policy allows the U.S. border agency to reduce the catch and release of migrants into Americans’ blue-collar labor markets, schools, and neighborhoods.

Mexico is also cooperating by “metering” or regulating the number of migrants who can ask for asylum at the official “Ports of Entry” along the border — and the new anti-migration policies are gaining lopsided support among the Mexican public.

“It’s become clear that over the past three weeks since the administration reached a new agreement with Mexico that we’ve seen a substantial increase in the number of interdictions on the Mexican southern border, and a sincere effort to address the transportation networks coming through Mexico,” McAleenan told a June 28 press conference. He added:

In terms of when we’re going to know if these efforts in Mexico are making an impact, I think these three weeks have demonstrated that they are already. That 25 percent decrease in June is more than we’ve seen in past years.

Trump is also pushing additional measures, including an anti-migration deal with Guatemala, and a regulatory replacement for the Flores court decision, which bars the detention of migrants with children for more than 20 days.

The migration numbers are good evidence that Trump’s policy of going around Congress’s opposition to reforms is working. His use of tariffs, diplomacy, foreign aid, and regulations is allowing him to stem the tide amid the Democrats’ increasingly pro-migrant policies.

Progressive Democrats in the House tried June 27 to void all those Trump programs by adding various conditions to a $4.6 billion funding bill which was drafted to streamline the orderly migration of Central Americans across the border. Most, but not all, of the pro-migration riders were excluded from the Senate’s version of the funding bill, which was approved by the House on June 28.