Surveillance footage taken by Frontex shows criminal people smugglers unloading 81 migrants from a fishing vessel onto a smaller boat just off the coast of Italy.

“A surveillance plane belonging to the European Union’s border force, Frontex, captured footage of the smugglers at work, about 100 kilometres south of the island of Lampedusa,” reports EuroNews.

After unloading the migrants, the fishing boat sailed back towards Libya but was later intercepted by an Italian patrol boat.

Frontex were alerted to the fishing trawler after it was spotted towing an empty wooden boat at high seas.

“This was clearly the case of a “mother boat” used by criminals to carry a large group of migrants across the sea towards their destination before unloading them onto a smaller boat,” said Frontex.

Wait, wait. Why is that fishing trawler towing an empty wooden boat at high seas??? pic.twitter.com/psy2z6z9Wp

The people smugglers were later arrested and the migrant boat intercepted, with the migrants likely being sent back to Libya.

“Notice how few of the people that squeezed into the crowded wooden boat had life vests as they were left all alone in the middle of the sea,” said Frontex.

The media narrative surrounding boat migrants routinely absolves criminal people smugglers of blame for facilitating the process. Many NGOs have been accused of working with people smugglers as part of these human trafficking operations. 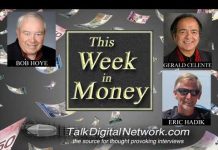 Two Americas: Report Shows How Mainstream Media is Programming Divide in the U.S. 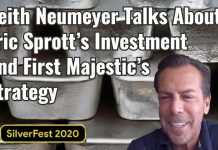