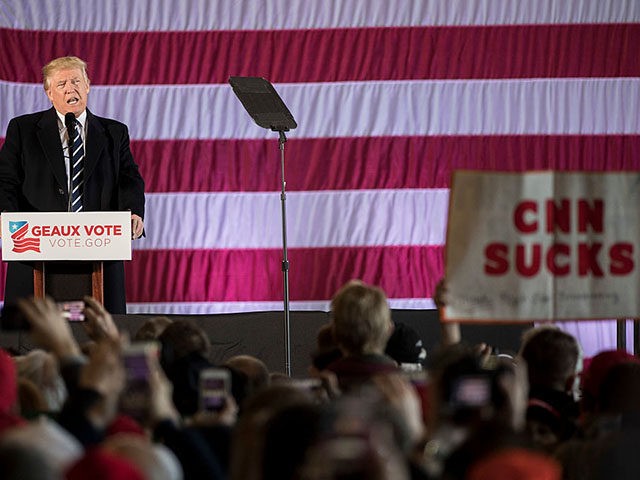 CNN cut away from President Trump’s massive reelection rally in Orlando Tuesday evening after the crowd broke out in a “CNN Sucks!” chant.

“The fact is the American dream is back and bigger and better and stronger than ever before,” Trump told the crowd of supporters.

“As long as you keep this team in place, we have a tremendous way to go,” he continued, adding, “Our future has never ever looked brighter or sharper.”

Trump explained that 2016 was not “merely another four-year election.” He said it was a “defining moment in American history” and pointed to the cameras in the back of the arena.

“Ask them right there,” he said of the media.

At that moment, the crowd broke out in a “CNN Sucks!” chant.

After the chant broke out, CNN briefly cut away from the rally.

5 minutes into Trump speech, after Trump derides the “fake news” and crowd chants “CNN sucks,” CNN cuts away to its panel.

“After a ‘CNN sucks’ chant breaks out at Trump’s re-election event, Trump says ‘that is a LOT of fake news back there,’” Stelter wrote.