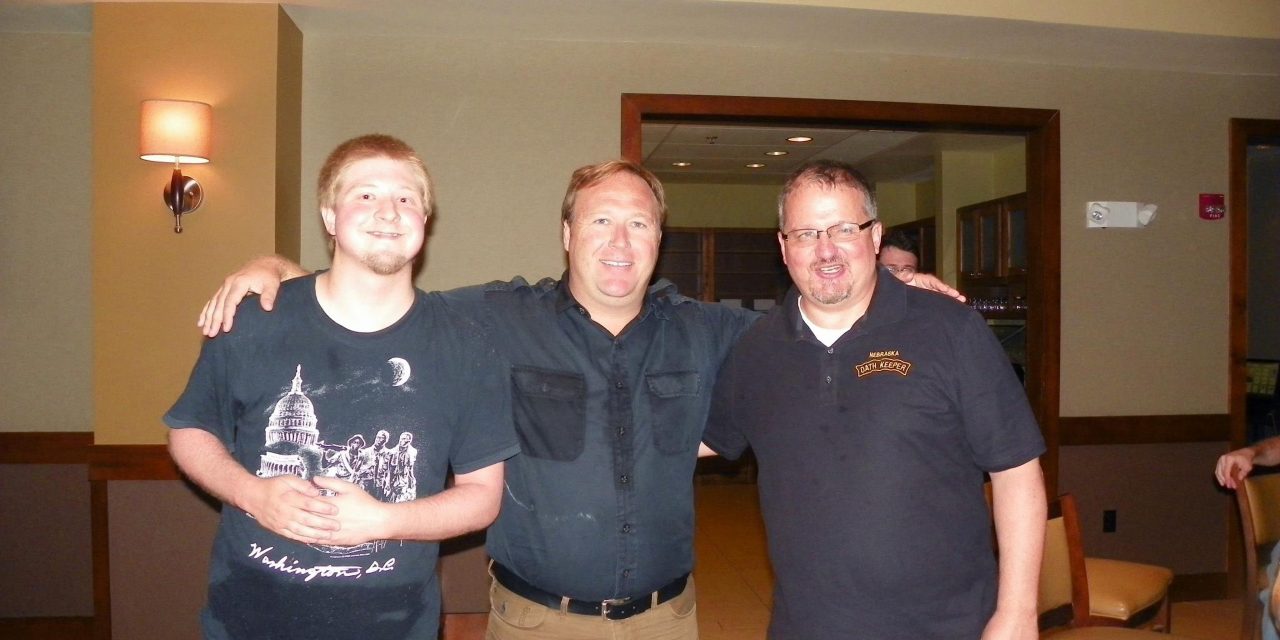 Hate him or love him, Alex Jones was almost surely set up with images of child pornography emailed to Sandy Hook lawyers since child pornography attacks happened  years ago to other alternative journalists and Jones’ name was mentioned in a threatening email from an alleged hacker group that claimed they would “destroy patriots.”

First, in the spirit of transparency, this writer dislikes and detests Alex Jones’ politics and at times his fear mongering over the years as well as the fact he is supporting Trump. However, a journalist’s job isn’t to be biased and paint a narrative, it’s to report all the facts and let the readers decide.

With all that said, a very peculiar narrative is playing out here that could affect way more than just Infowars. So to that Alex, despite our differences here’s some evidence in this article to use in your defense, I’ll take at least some of that $1 million dollar reward now that you promised, the rest you can send to Activist Post.

Chris Mattei, one of the lawyers representing Sandy Hook families for their defamation suit against Jones, also says that Jones explicitly threatened him and his colleagues in a Friday broadcast on his website, Infowars, in which he claimed to have been attacked with malware that placed child pornography on his servers, as Daily Beast reported.

It’s abundantly obvious that Alex Jones was set up, and even the FBI was given copies of the emails in question and confirmed that Jones was the victim and would not be investigated for the incidents according to Infowars. Jones published stories announcing this on his own site, and even some mainstream media outlets followed up their own articles during Friday-Saturday, repeating the point that Jones was the victim.

However, on Sunday and continuing now, it’s as if an official deep state “hit” has been issued on Jones through the mainstream press, with an absolute bombardment of defamatory headlines from dozens of high-profile mainstream media outlets including – New York Times, BuzzFeed, The Hill, and more below. All are claiming Jones emailed Sandy Hook lawyers child pornography, painting him as a child predator.

The degree of coordination in report after report is simply staggering. The depth of depravity in lying about Jones is scary because this is the MSM fully weaponized against one man. They are literally trying to create a hysterical panic about Jones being a pedophile.  However annoying he is, however many other alternative media journalists’ careers he has destroyed, however much he shills for Zionism, it’s almost incomprehensible to see this level of psychological warfare against a single American citizen with many outlets failing to report his defense by his own lawyers saying his server was infected with unknown malware.

4) The FBI asks for the whole dump of emails, which plaintiffs give them.
5) The FBI reports back it found numerous child pornography images, apparently sent to InfoWars addresses.
6) As far as we can tell, nobody claims Alex Jones solicited or even knew about them.

Jones’ lawyer refuted that Jones’ comments constituted a threat against Mattei and his colleagues, telling the Connecticut Post that Jones “was upset” and “spoke in a compassionate fashion.” Pattis previously told the Daily Beast that an outside firm reviewing Jones’ and Infowars’ online communications found 12 “threatening” emails that included child pornography.