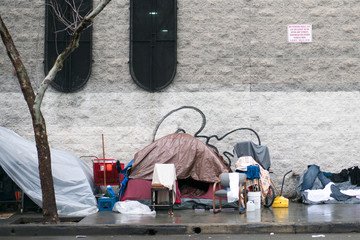 The city of Los Angeles is quickly descending into a cesspool of decay and disease.  With bubonic plague now likely present amongst residents, the city and the state of California are on the verge of becoming a third-world hellscape.  Some say that that’s already happened…

Tucker Carlson had historian Victor Davis Hanson on his show just last week, where the latter said that California is on the verge of becoming the nation’s first Third World state. From trash being illegally dumped to city hall becoming a rat-infested den in the city of LA, it all points to the decay suffered when Democrats run things. Even police stations in the city are loaded with rats and according to Townhall, one was fined $5,000 over its conditions that left one officer stricken with typhoid fever. California’s descent has gotten to the point where there is a possibility that bubonic plague (the black death) may now be present in the city.

This isn’t new information either. Typhus outbreaks were being reported back in February. Typhus is not transmitted person-to-person, and flea-borne typhus can spread to people from infected fleas and their feces. Typhus infection can be prevented through flea control measures on pets, using insect repellent to avoid flea bites and clearing areas that can attract wild or stray animals like cats, rats, and opossums, according to the Department of Public Health.

Typhus is spread by fleas hitching a ride on rats. While the general population struggles under the weight of the government (local, state, and federal in LA’s case) and the homeless population continues to climb up, the same cannot be said for the rats that carry fleas the cause typhus. The rat population in LA is doing just fine, however, as piles of garbage dot the cityscape, making it Thanksgiving Day every day for the city’s fat, happy rodents, wrote the American Thinker. -SHTFPlan

California’s burgeoning homeless camps are not the most hygienic places to live, obviously.  And with the homeless population growing daily, the encampments are becoming more dangerous when it comes to crime and disease. Dr. Drew Pinsky said this month that there has been a total and complete breakdown of services in the city that has placed the population at risk of infection and other health-related issues.

“We have a complete breakdown of the basic needs of civilization in Los Angeles right now,” Pinsky told Fox News host Laura Ingraham. “We have the three prongs of airborne disease, tuberculosis is exploding, rodent-borne. We are one of the only cities in the country that doesn’t have a rodent control program, and sanitation has broken down.” Pinsky said bubonic plague, which is also known as the “Black Death,” a pandemic that killed off millions in the 14th century, is “likely” already present in Los Angeles. The plague is spread by infected fleas and exposure to bodily fluids from a dead plague-infected animal, with the bacteria entering through the skin and traveling to lymph nodes. 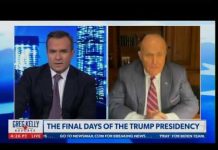