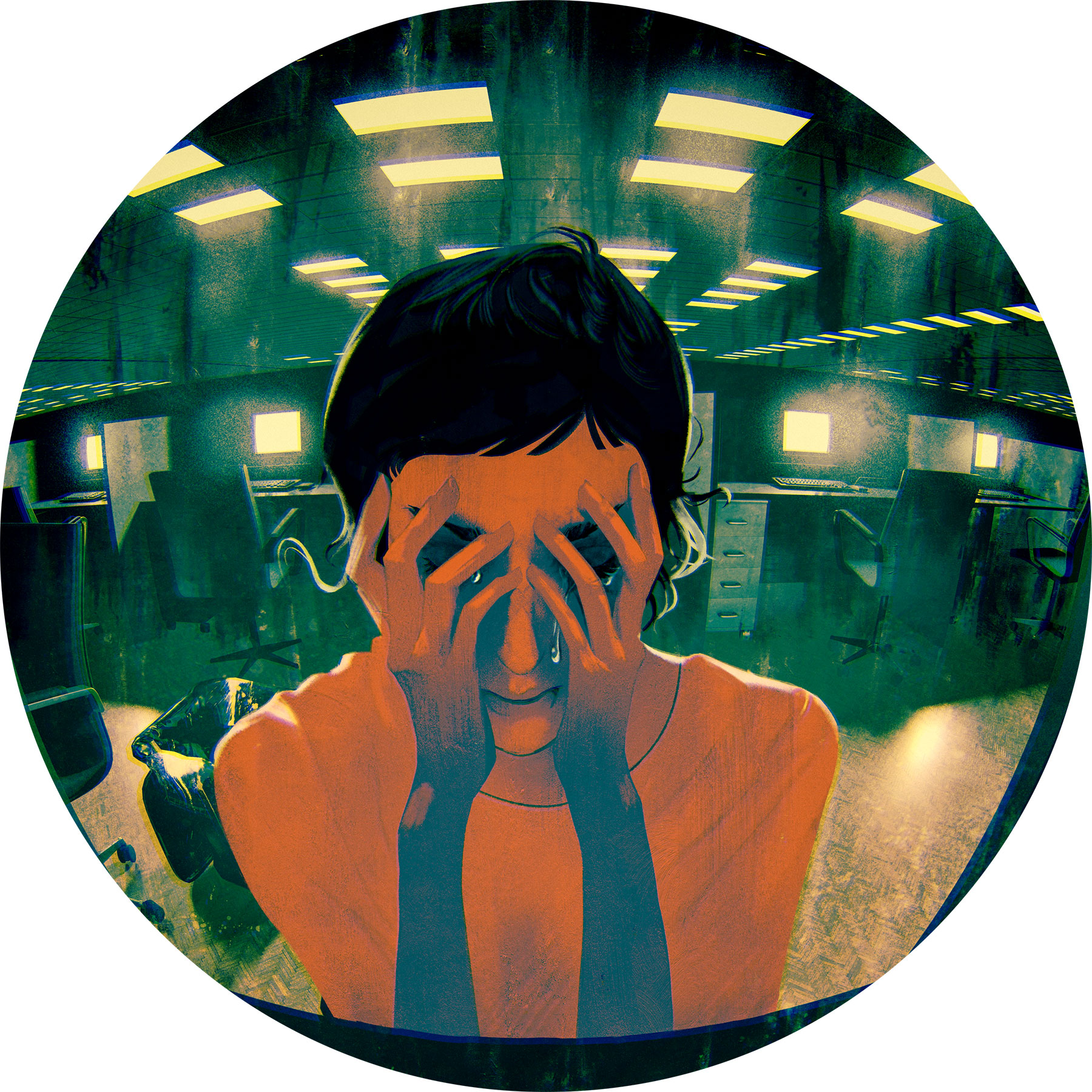 First, he served in the Coast Guard, where he rose to the rank of lieutenant commander. He married, had a family, and devoted himself utterly to his two little girls. After he got out of the military, he worked as a moderator for Facebook, where he purged the social network of the worst stuff that its users post on a daily basis: the hate speech, the murders, the child pornography.

Utley worked the overnight shift at a Facebook content moderation site in Tampa, FL, operated by a professional services vendor named Cognizant. The 800 or so workers there face relentless pressure from their bosses to better enforce the social network’s community standards, which receive near-daily updates that leave its contractor workforce in a perpetual state of uncertainty. The Tampa site has routinely failed to meet the 98 percent “accuracy” target set by Facebook. In fact, with a score that has been hovering around 92, it is Facebook’s worst-performing site in North America.

The stress of the job weighed on Utley, according to his former co-workers, who, like all Facebook contractors at the Tampa site, must sign a 14-page nondisclosure agreement.

“The stress they put on him — it’s unworldly,” one of Utley’s managers told me. “I did a lot of coaching. I spent some time talking with him about things he was having issues seeing. And he was always worried about getting fired.”

On the night of March 9th, 2018, Utley slumped over at his desk. Co-workers noticed that he was in distress when he began sliding out of his chair. Two of them began to perform CPR, but no defibrillator was available in the building. A manager called for an ambulance.