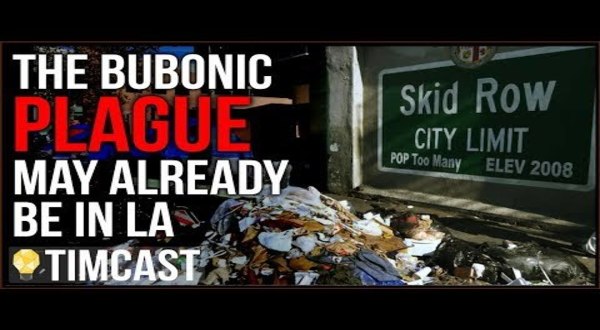 – Our Big Cities Have Become The Breeding Grounds For Pestilence & Plague

According to this new story over at Fellowship of the Minds which was reporting on a recent interview done by Dr. Drew Pinsky, many of America’s big cities are approaching unlivable conditions, with Dr. Pinsky going so far as to compare the conditions in cities like San Francisco and Los Angeles to those in Calcutta. Warning of the potential of life threatening illnesses in the cities turning into very real ‘plague‘ conditions, with Medieval diseases already returning to them, we’ve long been warned to pay very close attention to what is happening in big US cities to get an indication of where America is going.

And if that’s the case, with 52 people shot in Chicago this past weekend while homelessness is spiraling out of control across big Democrat-run cities across the nation, America is heading into grave danger. First, from this new story over at Fellowship of the Minds with much more below including Dr. Pinksy’s video interview with Laura Ingraham as the 1st video at the bottom of this story.

The filthy conditions of Democrat-run U.S. cities like San Francisco and Los Angeles are so alarming that even the New York Times‘ opinion columnist has acknowledged that fact in a May 22 op/ed, “America’s Cities Are Unlivable. Blame Wealthy Liberals”.

A week later, after news that an L.A. police officer had contracted typhoid fever, a rare and life-threatening illness that fewer than 350 Americans contract each year, Dr. Drew repeated his prediction, saying that he believes bubonic plague — a pandemic that killed tens of millions of people during the 14th century – “likely” is already present in Los Angeles.

“We have a complete breakdown of the basic needs of civilization in Los Angeles right now. We have the three prongs of airborne disease, tuberculosis is exploding, (and) rodent-borne. We are one of the only cities in the country that doesn’t have a rodent control program, and sanitation has broken down.

We have a typhus outbreak last summer; we’ll have a typhus outbreak this summer. I’m hearing from experts that bubonic plague is likely already here…. And finally, we have this fecal-group contamination, which is typhoid fever — three cases, one confirmed, probably three. This is unbelievable! I can’t believe I live in a city where this is not Third World.

This is medieval. Third World countries are insulted if they are accused of being like this. No city on Earth tolerates this. The entire population is at risk. And God forbid…if measles gets in, I just have an image of myself on my knees in the gutter attending to people. This summer is likely to be a very profound problem…. 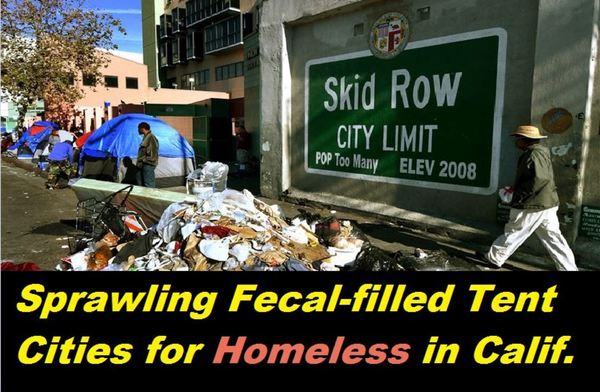 And while Dr. Pinsky tackles the 3rd world diseases that are now proliferating thanks to the conditions in Democrat-run cities, what he doesn’t mention is the potential spread of ebola within such cities and the unimaginable results should an ebola outbreak suddenly take Los Angeles or San Francisco or any other big city by storm and totally unprepared.

As Ray Gano reports in this new story that Steve Quayle had linked to on his website Tuesday morning, ebola has likely already hit Texas with reports of between 9 and 15 people from the Congo now being held at the US border with Mexico possibly infected. Yet as this story over at the Red Bluff Daily News reports, we really shouldn’t be the least bit surprised at what is now happening to the big, left-run US cities as most Democrats in Congress really could care less about their constituents, anyways.

We notice reports on news media, in articles, recordings and essays, with documentation, anecdotes and studies. Understandably, those with the means are migrating to less degeneration-friendly locales not dominated by the progressive Democratic elite. That ironically dovetails with the bunkering of the well-off in walled (funny, that) enclaves with gated access, even private security.

It’s as if those with political power overlap the economically wealthy among the information industries benefiting from cheap workers. Remarkably, their values oppose development and support protecting open spaces from “sprawl,” defined as the “BANANA” approach (Build Absolutely Nothing Anywhere Near Anybody— “anybody” being themselves). Have they even heard of the “law of supply and demand”? The dearth of housing development creates unaffordable units of legacy housing.

Then enter the new, enlightened world guided by an aversion to telling anyone or any group “No!” No, you may not set up camp, roll out sleeping bags, or endlessly reside in your RV at a public curb or space. No, you may not use drugs in those same public spaces. No, the addicts and obvious mentally ill will not be tolerated among the otherwise law-abiding and well-behaved homeless. No, the outdoors is not your trash receptacle and toilet.

That all seems unnecessarily harsh. Unnecessary, perhaps, until those being effectively told “anything goes,” “make up your own rules” while living free and easy absent any kind of traditional responsibility, begin to overwhelm the space they occupy. Too harsh unless such overflowing encampments force themselves on the taxpaying, working, upstanding residents of what were once tidy, safe neighborhoods. Too harsh until kids start finding needles and condoms and feel scared to walk to school.